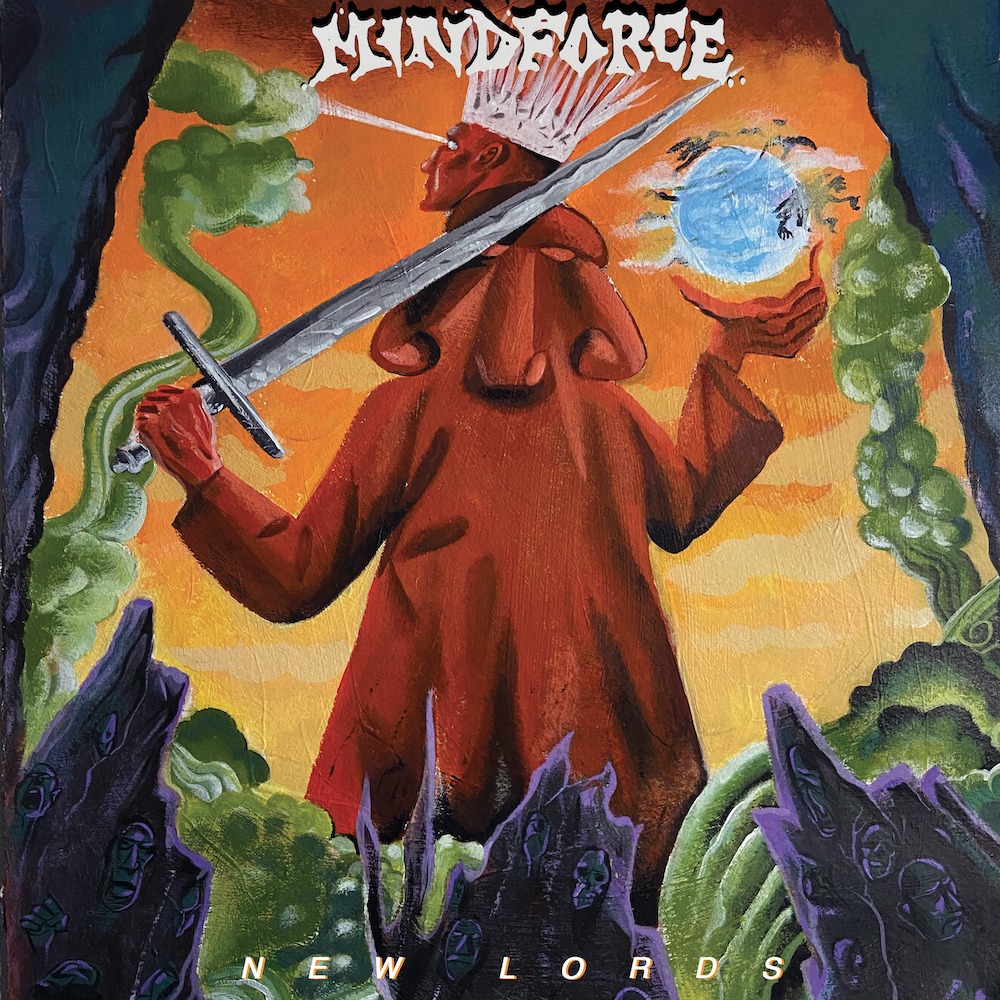 Mindforce is back, baby! The great Hudson Valley hardcore band never went anywhere. Since the beginning of the pandemic, Mindforce has released the EP Swingin Swords, Choppin Lords and the one-off banger “Reign Of Terror.” They’ve played amazing live shows. They’ve spawned a whole universe of kickass side projects. But they haven’t made another album. Mindforce released their one full-length, the full-on shit-ripper Excalibur, back in 2018. They’ve since made statements about how they never want to make another one, but I guess they changed their minds. In a few months, Mindforce will return with their second LP New Lords, and it is almost certainly going to rip.

Mindforce are going into this album as conquering heroes, as one of the most universally beloved bands on the present-day hardcore landscape. But you can’t necessarily hear that swagger on “Survival Is Vengeance,” our first taste of New Lords. Instead, the song is all breathless urgency. “Survival Is Vengeance” goes for full-on thrash speed, and it’s over in less than two minutes. In that time, it does a whole lot of damage. Below, check out “Survival Is Vengeance” and the New Lords tracklist.