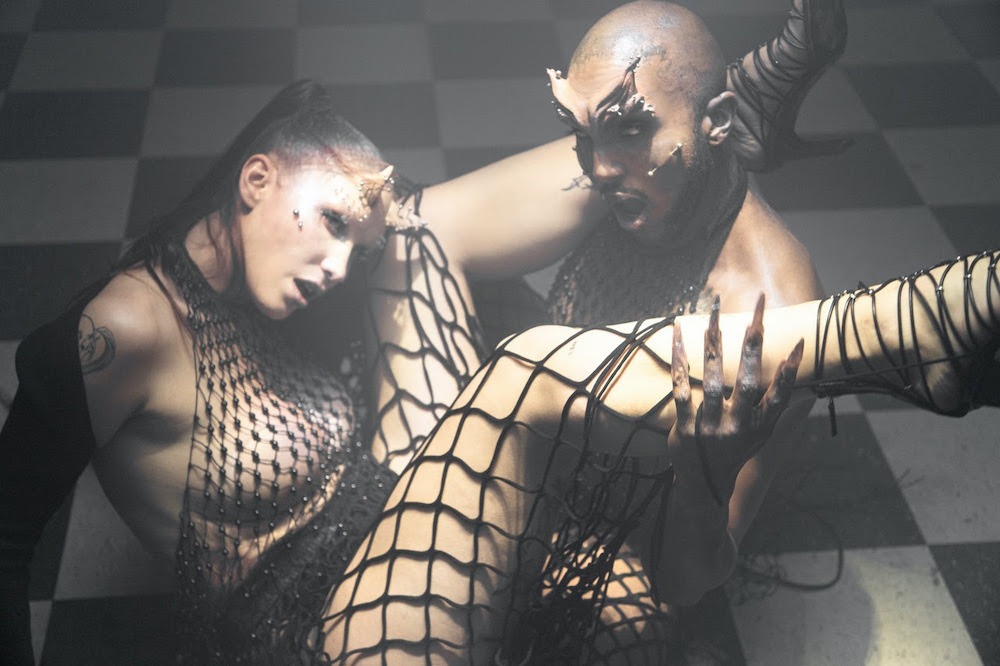 LSDXOXO and Eartheater are two artists who push pop music into strange, dreamlike new places. The Berlin-based LSDXOXO specializes in wildly raunchy dance music and just recently released the collection Dedicated 2 Disrespect, anchored by the single “SMD.” New York’s Eartheater came out with the bugged-out single “Mitosis” last month. Now, both of them have teamed up for “Demons,” a wild new single with an even wilder video.

LSDXOXO is currently readying his as-yet-untitled debut album, and he’s built “Demons” on a sputtery drum-‘n’-bass beat. Where many of his tracks are built on his own shouted quasi-rap vocals, he actually sings on “Demons.” He and Eartheater both wrap their voices around each other. In a press release, LSDXOXO says that the song is “an ode to dark, all-consuming love. The exchange that takes place between two passionate lovers can be quite vampiric. Is that so bad, if it’s what both parties desire?”

Eartheater directed the “Demons” video, which is lightly NSFW and which features the two of them wearing demon makeup and getting into gore-sex imagery that reminds me of the movie Event Horizon. Check it out below.