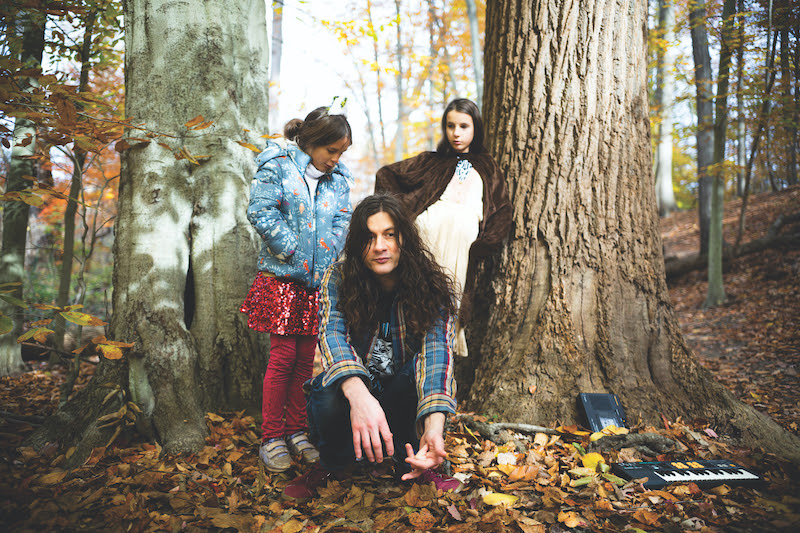 The first artist ever to record “Must Be Santa” was Mitch Miller, the bandleader, oboist, and Columbia Records bass who looked like a villain in a kids’ movie and who famously hated rock ‘n’ roll. Miller released his take on “Must Be Santa” in 1960. But most of us know “Must Be Santa” as the absolutely bugshit insane Christmas song that Bob Dylan inexplicably released in 2009. Today, we get to hear Kurt Vile give his extremely wholesome take on the song.

Kurt Vile recorded his new “Must Be Santa” cover with his two daughters, and it’s out now as a Spotify exclusive. It’s a deeply chill take on a not-that-chill song, built on the sort of woozy synths that I tend to associate with Vile’s buddies in the War On Drugs. It sounds like a Kurt Vile song. Here’s what Vile says about the cover:

When I was asked to be on this Christmas compilation, they said, “You can do any Christmas song you want, as long as it’s not repeated by somebody else on this series.” I thought it was nice of them to invite me, but I didn’t know if I could pull off a Christmas song! Then my mind jumped to when John Agnello showed me the Bob Dylan version of “Must Be Santa” while we were making the Smoke Ring For My Halo record. It’s a really hilarious video (he showed me that first), and it shows a rambunctious Christmas party. Bob Dylan has a wig on, and someone goes flying through a window. All this time, I thought it was Bob Dylan’s song. It’s really catchy, and he makes it his own, as he usually does. I figured if I can do Dylan’s “Must Be Santa,” if that’s not taken, it’s a sign. I gotta be the next chapter in this version of a Bob Dylan song. Then I realized it was actually a classic Christmas song, and was written however long ago, but I still wanted to do it justice the way Bob did. I wanted to be the guy who attempted to pull it off.

This was also a great excuse to use my home studio OKV Central again, with my bandmate Adam Langellotti on bass, and Ted Young. Ted moved to Philly (he engineers with me a lot), but he was actually John Agnello’s assistant engineer back when I first heard Bob Dylan’s “Must Be Santa.” It feels like a perfect circle, really. I thought I’d do an acoustic version and have my daughters sing backup, but then it turned into more of a weird synth version with their vocals, which is really the hook. I figured Bob wouldn’t hear it, but I still wanted to do it justice, and once I got my daughters singing with me I hoped he would at least like it. Now I know… he loves it [laughs]. Merry Christmas, Bob Dylan!

Below, listen to Kurt Vile’s version of “Must Be Santa” and watch that Bob Dylan video that he loves so much.