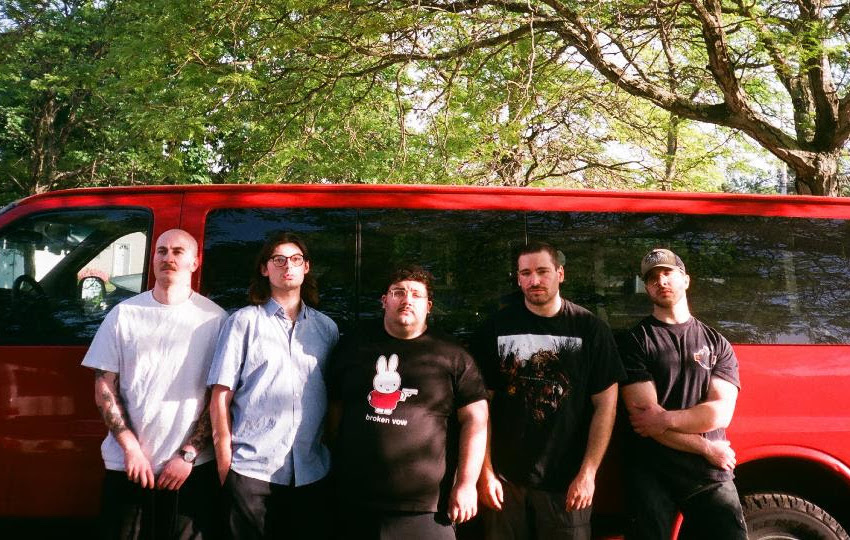 There’s been a lot of talk about emo online this week, so it’s prime time for a new Koyo song. The members of Long Islands Koyo all come from hardcore, but the band mostly pays tribute to the soaring and heartsick melodies of past emo Islanders like Taking Back Sunday and the Movielife. That’s been working out for them. Koyo just wrapped up a tour with Knocked Loose. This weekend, they’ll play LA’s Sound & Fury Festival, and then they’ll hit the road again for more dates with big bands like Stick To Your Guns and Silverstein. They’ve also got a new song.

Later this year, Koyo will follow up their past EPs Painting Words Into Lines and Drives Out East with a new 7″. It’ll feature their recent singles “Ten Digits Away” and “Straight North,” as well as “Call It Off,” the new track that the band just shared. “Call It Off” is a full-on acoustic ballad; it’s the least hardcore song of the band’s career to date. Here’s what singer Joey Chiaramonte has to say about the song:

“Call It Off” is a standout track in our discography largely because it’s the only proper acoustic song we have. There’s no songs in our back catalog quite like it, nothing on the new LP we’ve been recording that’s like it. But that’s why I think it’s special. It’s a standalone, stripped down, time and place track. A lot of my lyricism and writing naturally ends up connecting songs conceptually, continuing to develop prior ideas or feelings. With previous singles, “Straight North” is a sister song to “Heaven So Heavy,” “Call It Off” serves as a sister song to “Ten Digits Away.”

Check out the “Call It Off” video below.

Koyo’s next EP is coming in December on Pure Noise.