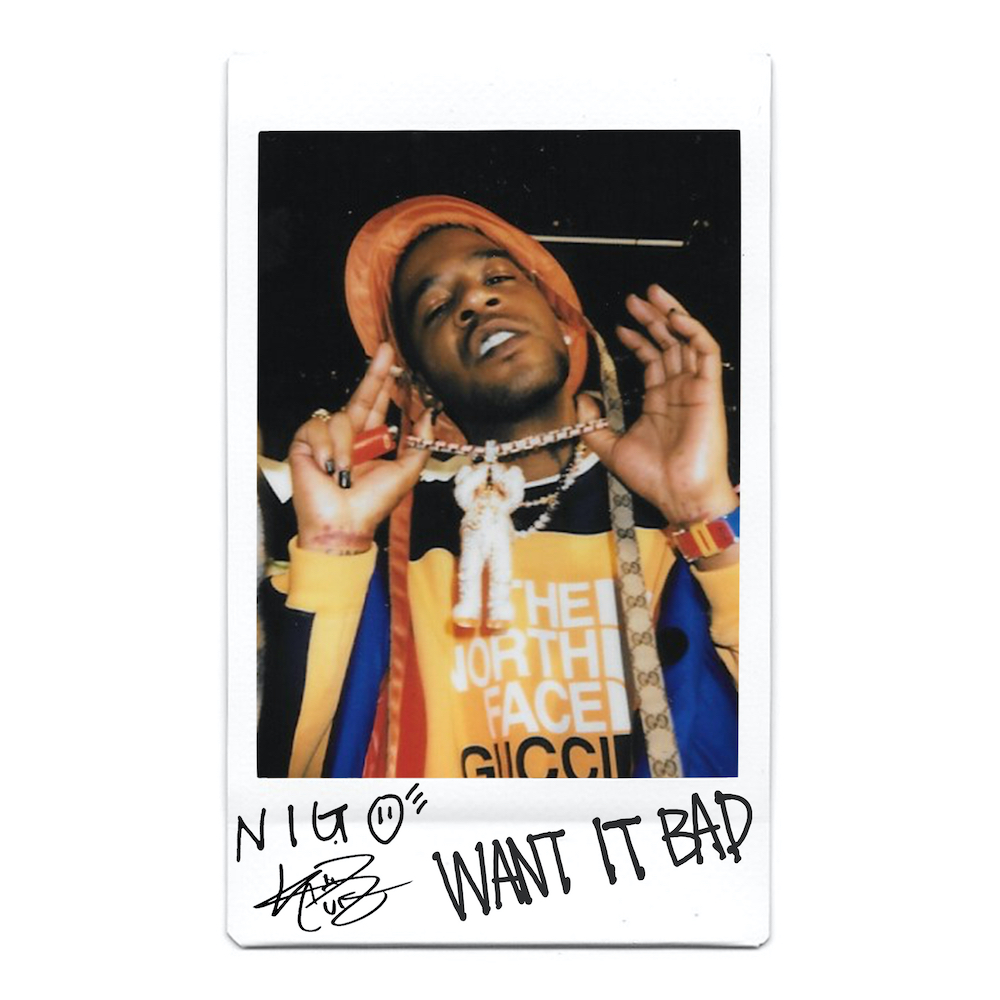 Kid Cudi has been in the news a lot this past week — for his latest fallout with frequent collaborator Kanye West and for the videos of him performing onstage next to Bengals quarterback Joe Burrow immediately after Burrow’s Super Bowl loss. The new Nigo collab “Want It Bad” is really just a Kid Cudi song — a thumping, moody club track built around Cudi’s emotive rumble of a voice. Pharrell produced the song, and he and Cudi are the credited songwriters. It’s not clear that Nigo actually did anything on this track.

On Twitter, by way of hyping up the release of “Want It Bad,” Cudi thanked his followers for their recent support.

I really wanna say thank u for all the love yall been givin me the past few days. U have no idea how much u all mean to me. I am forever grateful to have so much love and support from all over the world and I wont let yall down. I love you all. 🙏🏾💖

I want us to focus on the light in my life. I want us to all smile. My new jam WANT IT BAD w Nigo was planned to come out tomorrow at midnight. Music video Saturday. We shot it in Paris it was a lot of fun w good people. I hope that brings joy to ur souls ☺️ lets all smile

Check out “Want It Bad” below.