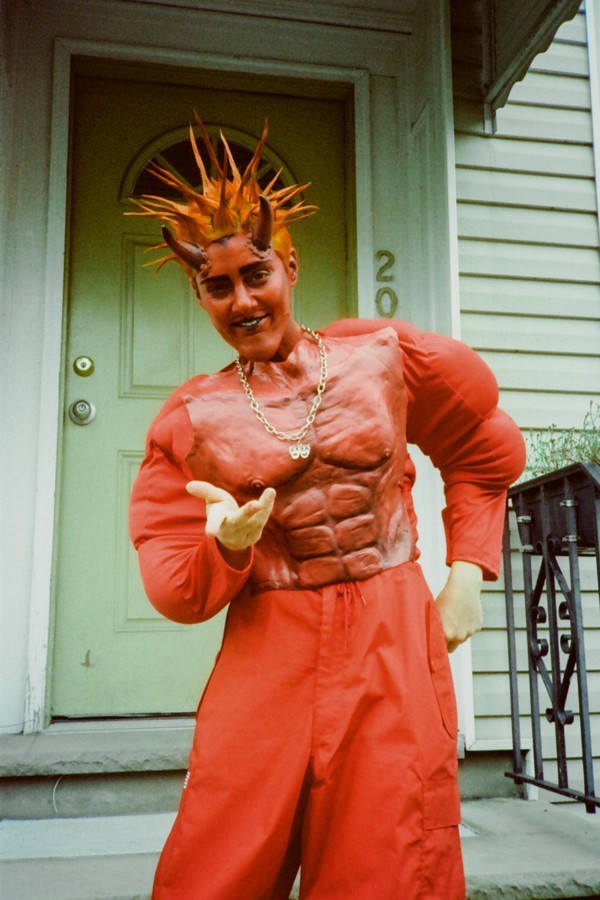 Next month, Jennifer Vanilla — the alter ego of New York-based performance artist Becca Kauffman — is releasing their debut album, Castle In The Sky. It includes the previously shared “Body Music” and “Take Me For A Ride,” and today Kauffman is putting out another single, an enticing, svelte, sinister earworm called “Humility’s Disease.” Its Luca Venter-directed music video introduces another alter ego: Johnnifer Vanillo, a devilish figure plagued by two angels. Check it out alongside a statement below.

Have you ever worried that there was something truly and absolutely wrong with you, deep down inside and from every possible angle? Sat on a secret feeling that you were an unlovable monster, a massive disappointment to the world, utterly rotten at your core? Feared that your instincts were completely fucked, that your anger made you evil, that your mind was an inhospitable trap you would never escape, that your own body would never do, that you ought to be ashamed of yourself, that the world wasn’t meant for you? Don’t be so humble! Johnnifer Vanillo is here to talk you out of it all.

Johnnifer Vanillo is my alter ego’s alter ego— Jennifer Vanilla with the skin off, on the verge of spontaneous combustion due to intense internal friction. Toxic sludge is bubbling up, the guck stuck under the surface of the burning nether regions we condemn. Their monologue is an eruption, a confrontation, a coach’s pep talk to let the ego sing— if only to quell the inflammation and then settle into a balanced peace.

In this world, the edges around “good” and “evil” dissolve into a puddle of damp, sputtering flames, angels and devil-figure swirling the elements of their supposedly oppositional poles into a perverse reworking of whatever you thought right and wrong ever were. There’s nothing wrong with humility— it’s just that too much of it can destroy you like a disease.

Castle In The Sky is out 8/5 via Sinderlyn.