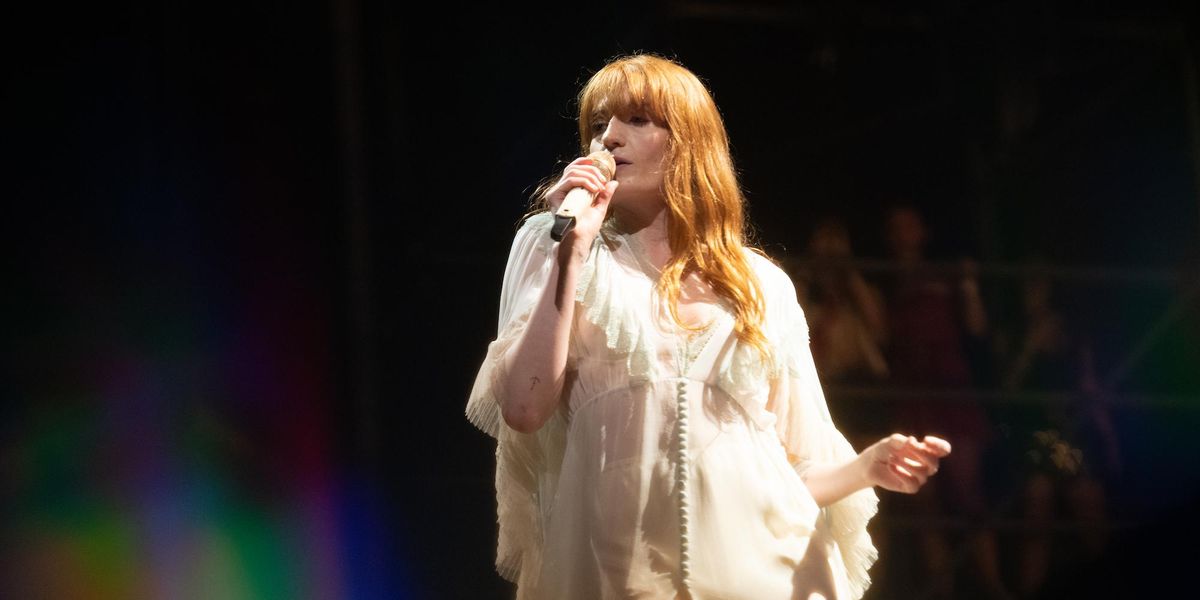 Florence Welch of Florence and the Machine has given us iconic hits like “Dog Days Are Over” and sleeper gems like “Seven Devils,” but she’s now utilizing a brand new skill-set.

The singer will write the music and lyrics for a musical version of The Great Gatsby. She will collaborate on the lyrics with Thomas Bartlett (AKA Doveman), who co-wrote Sufjan Stevens’ Oscar-nominated track “Mystery of Love” and Pulitzer Prize-winning playwright Martyna Majok.

Published in 1925, F. Scott Fitzgerald’s The Great Gatsby is considered one of the greatest American novels. It tells the story of Nick Carraway as he meets Jay Gatsby, a wealthy and mysterious millionaire who harbors a long-stewing infatuation with Carraway’s cousin, Daisy. The book came into the public domain this past January and has spawned a number of adaptions, including a gay version and a zombie version — but none so high-profile as this one.

“This book has haunted me for a large part of my life,” said Welch of Gatsby. “It contains some of my favorite lines in literature. Musicals were my first love, and I feel a deep connection to Fitzgerald’s broken romanticism. It is an honor to have been offered the chance to recreate this book in song.”

Though Welch doesn’t have any musical theatre songwriting experience under her belt, a closer look at her body of work reveals why she’s a solid pick for this once-in-a-lifetime opportunity. Welch is an expert at creating magnificent concept albums and threading vivid images into her songs, using grand themes to elevate her music to stratospheric emotional highs.

Still, it’s hard to imagine exactly how her music will work with the story, which of course takes place during the Jazz Age. Baz Luhrman’s 2016 film utilized a mesmerizing combination of jazz, electronica, hip-hop, and indie-alternative that perfectly translated the revolutionary nature of jazz in the 1920s to a sound that was equally revolutionary to our 21st century ears.

While Welch is a virtuosic performer and songwriter, it’s hard to know if she’ll be able to pull off a similar feat, but maybe the musical is aiming for a different, more rock-opera-esque vibe. Certainly, Welch will give us a fantastically dreamy ballad for Daisy and more than a few fabulously energetic Gatsby party numbers. Her literary background (she runs a book club) and her penchant for poetry and detail also fits well with Fitzgerald’s famously lavish prose style.

“Florence’s passion for Gatsby and exceptional musical storytelling will bring this iconic love story to life in ways we have never experienced before,” said production leaders Len Blavatnik and Amanda Ghost in a statement. “Martyna and Rebecca are two of the most exciting theater artists of their generation and, together, this extraordinary team brings a thrilling new perspective to one of the most culturally significant books of all time. It’s been 100 years since The Great Gatsby was published, and there could be no better time for a new musical adaptation of the greatest party America ever threw.”

It does seem like a good time for Gatsby to make its Broadway musical debut. As Broadway plots its return from its endless darkness and as the world hinges on the edge of a potentially very wild summer (if vaccines and virus outbreaks cooperate, God willing), perhaps the unhinged, opulent exuberance of the Gatsby story will resonate.

The Great Gatsby is, after all, a story about intense yearning and desire finally allowed to actualize — and who hasn’t spent this quarantine in their homes, longingly gazing at distant green lights? On the other hand, the built-in and layered critique of capitalism embedded in Gatsby might resonate in a nation that seems increasingly disillusioned with the economic system. Few stories can encapsulate this complexity of themes, but Gatsby, of course, is the gold standard narrative for people both exhausted and entranced by unattainable wealth.

Great Gatsby: A New Musical will announce its pre-Broadway run soon, and a cast recording of the music will be released on Warner Music.