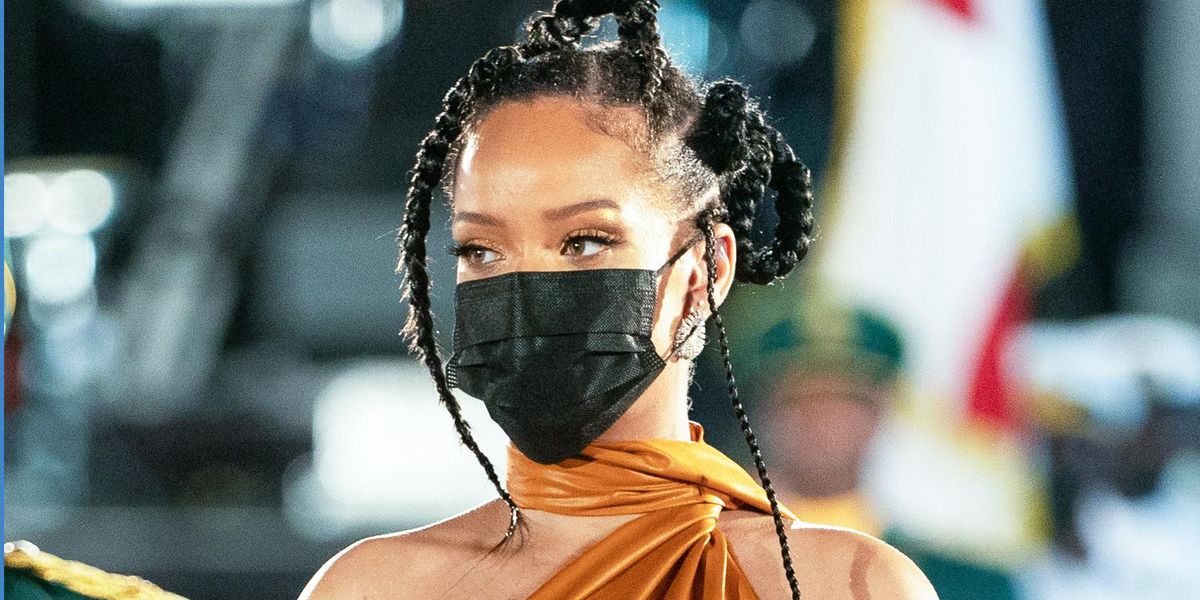 It’s official: we are never getting that album.

New photos have made fans speculate that Rihanna — yes, Rihanna — might be pregnant with A$AP Rocky’s child.

Once the rumor started circulating, there was no stopping it. Twitter took it and ran, and soon the alleged pregnancy was making the rounds around every social media platform like it was the truth.

Let’s be clear: I will not believe Rihanna is pregnant until Rihanna tells us herself that she is pregnant. However, 2021 has been the year for unpredictable relationships and pregnancies — see: Olivia Munn and John Mulaney. So if the rumor ends up being true, I’ll be disappointed but not shocked.

This vague dread at the prospect of a mini-Rihanna is honestly surprising. Why wouldn’t we all be thrilled by the notion of a fashion icon in-the-making with beautiful parents to boot? Honestly, it’s because we’re all a little selfish. And selfishly … we’d prefer a new album!

Rihanna hasn’t released a new album since the boundary breaking, instantly iconic ANTI in 2016. Sure, we’ve heard her voice in a few features since. But every year we get tricked into believing this oft-rumored album is coming “soon.“

Yet, every year Rihanna seems to do any and everything else but release it. From starting an industry-altering beauty line to producing cutting edge, inclusive fashion shows for her brand Savage X Fenty. Then there’s The Rihanna Book, a stunning visual autobiography in photos that tracks her childhood in Barbados through her iconic world tours. Oh, and yes . . . becoming a billionaire, let’s not forget that. Rihanna seems to be busy doing everything but releasing her album.

However, her busy schedule and monumental achievements are what earned her the highest honor in her home country of Barbados.

Where Did The Rumors Come From?

On Tuesday November 30, Rihanna was named a National Hero in Barbados, earning the title: the Right Excellent Robyn Rihanna Fenty.

Barbados — which recently removed Queen Elizabeth of England as their head of state and became a republic — has long celebrated the superstar. Her birthday — February 22 — is nationally recognized as Rihanna Day, and the street where she grew up is now named Rihanna Drive.

“Barbadians are a proud people,” Rihanna said in her acceptance speech. “We are probably the proudest people I know. No matter where I go, in the world I take that pride with me.”

But Rihanna can’t brush an eyelash off her cheek without the internet making a huge deal of it. And as they should! However, when photos from the ceremony started circulating, the award wasn’t what fans were focusing on.

As the Rihanna rumors spread like wildfire, most of us are lamenting any chance we might get a Rihanna album any time soon.

Pregnancy Doesn’t Have to Be Daunting

Though Rihanna seemed to shut down the rumors, fans aren't holding their breath for an album. If Rihanna has a bun in the oven before an album, we’ll get over ourselves and wait with bated breath for her new maternity business venture.

Until then, there are plenty of brands revolutionizing the way we think about maternity products. It’s not all slippers and shapeless, oversized clothes.

Beli is a brand that helps couples achieve healthy pregnancies using natural products to boost nutrition. Backed by science, Beli is the first prenatal vitamin system designed to help women, men, and baby reach their full potential from day one.

Beli is the right choice to provide your body what it needs every step of the way. With preconception vitamins for higher chances of fertility, to daily nutritional supplements for mama and baby while in utero, Beli has what you don't even know you need.

While speculation and rumors about celebrity pregnancies can be fun — more fun if it’s not Rihanna, but still — the realities of being pregnant are often less glamorous. Beli’s nurturing supplements help boost health, energy, and comfort throughout each trimester for an easier, less draining pregnancy. Not only that, Beli will be there for you during post pregnancy recovery.