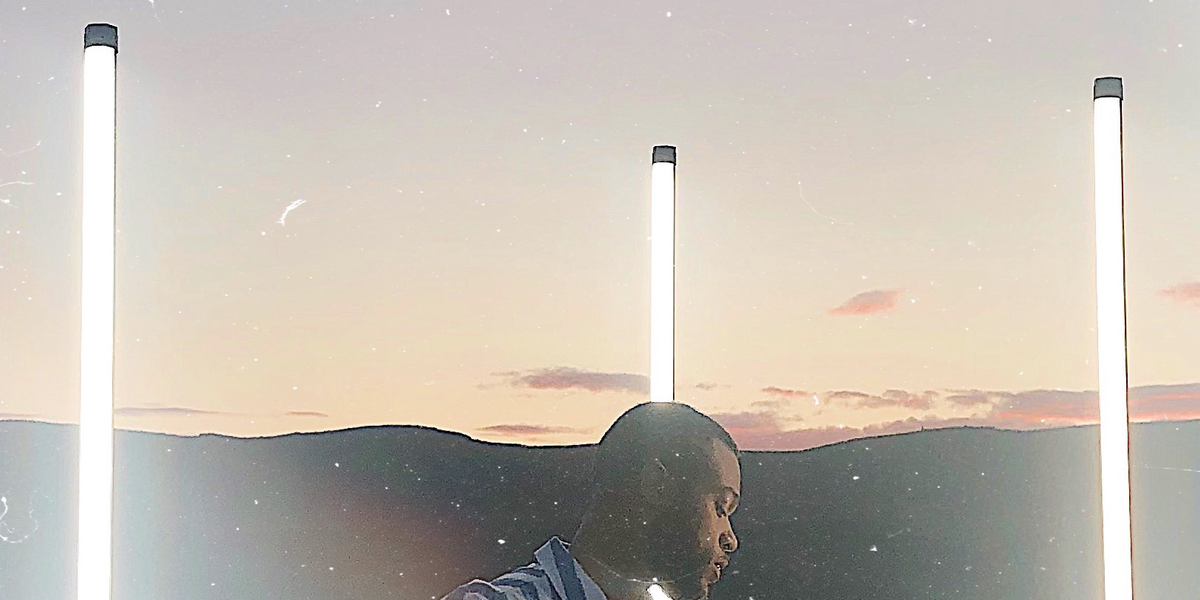 Some may think 18 tracks is overwhelming, but in this case, we just can’t get enough. Through an array of sensual R&B melodies and glistening neo-soul vibes, TONYB. covers everything from everyday life experiences to love and heartbreak across all the tracks. Echoing synths twinkle in the background, while the singer’s warm, velvet vocals cascade atop the electronic soundscapes.

A personal favorite on the album is one of the new additions — “Faded Dreams (My Time).” On this track, his effortless vocals glide over the throbbing beats and reflective synths. From start to finish, TONYB. takes us on a journey of self-exploration, letting us into some of his most vulnerable moments and showing us some of the poignant events that define the transition to adulthood.

So sink your teeth into this big, juicy album and lose yourself in the sounds of TONYB.

Congratulations on the release of the deluxe edition of your album Flashing Lights. Where did the idea for releasing a deluxe edition come from, and what can listeners expect from the new release?

There was a lot of new music that I was working on last fall that I love. So much so that I immediately wanted to put some of it out, because I’m at a point where I don’t want to hold onto music for months and months at a time anymore. I just want to create and put it into the world while those feelings are still present. So because Flashing Lights had been doing so well all year, I came up with the idea to put out a deluxe version for my fans with a few bonus tracks [before] I finish up my new project for the summer.

The 18-track release showcases your impressive vocal range and soulful tone. Mixing neo-soul melodies with R&B beats, the album is an intoxicating listening experience. Tell us more about the inspiration behind it and the results you were hoping to achieve?

I’ve always been inspired by all different types of music, and I try to showcase that [in my own] by incorporating rock, pop, and R&B elements, keeping production pretty diverse, and exploring the entire spectrum of my musical tastes.

Writing-wise, the inspiration was just [the idea of documenting] me coming into adulthood. A lot of these songs, I started writing at 21 and 22 years old, and [they] have sort of helped me make sense of becoming a person on my own aside from my family and what I’ve always known. I just wanted to document my experiences for anyone who may be going through the same things right now.

From some of the most influential, intimate relationships in my life, to me finally achieving my lifelong dream of moving to LA and what that would always feel like, to the loss of my grandmother and aunt, to losing my way, and to finding my way again, this project is a defining chapter for me in my life, and [it shows] how these experiences set me up to finally be able to come into my true self.

“Serious” and “Faded Dreams (My Time)” are two of the new additions on the album. Did you always plan to release these on the deluxe version, or are they new singles?

I have about 15-20 in the vault right now, and those two tracks fit the most sonically and lyrically on Flashing Lights. The rest I’m saving for what’s next this year.

What have you been up to during the pandemic in terms of continuing to connect with your listeners, and what are your plans for when restrictions are loosened?

I’m very active on social media with my fans, like we DM all the time and I’ve tried to keep music coming, so that’s helped keep our relationship solid until live shows are allowed again. The first thing I’m doing when restrictions are lifted is booking as many live shows as possible.

Your vocal dynamics have been described as similar to the likes of Aaliyah, D’Angelo, and Usher. If you could collaborate with any artist, dead or alive, who would it be and why?

Aaliyah would hands down be the first one. Kehlani and Drake are two of my dream collaborators. Musically, they both have helped me through some pretty rough times growing up. And Kehlani’s transparency in her music and how much she decides to give us is really admirable.

What’s next for TONYB.?

I feel like I’ve finally found my stride all around with my fans. What they like, and also what I like and want to do. Releasing Flashing Lights over the past couple years showed me that, so I’ve got a lot planned for this year.