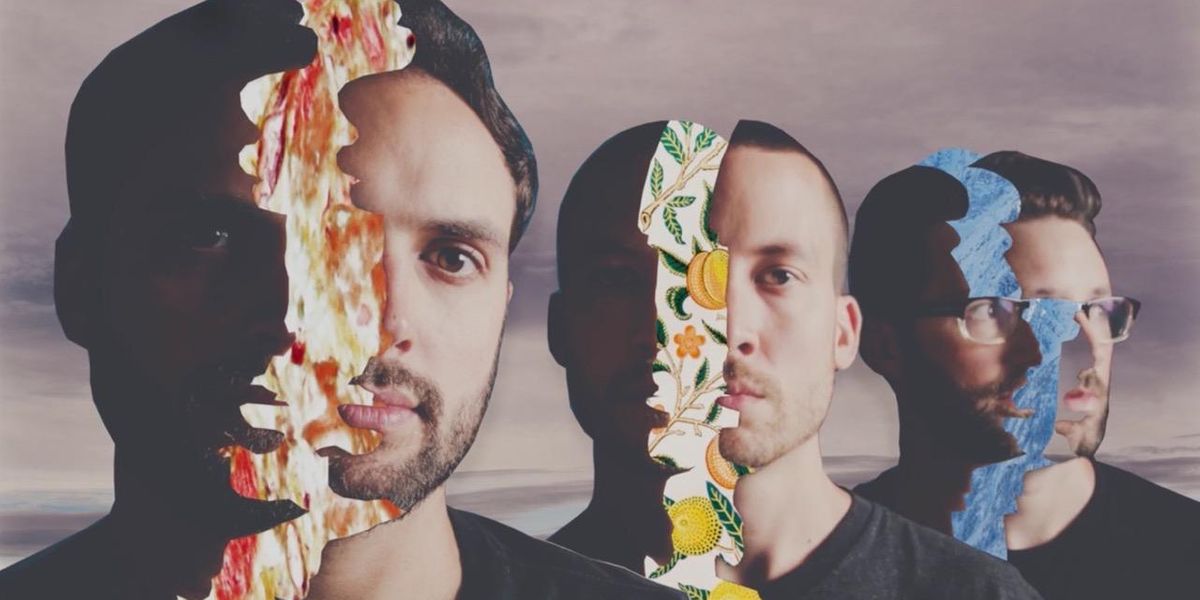 During these trying times we face, we could all use a little joy and feel-good energy in our lives.

On their new single, “Liar with the Lights On,” Jimkata delivers those much-needed cheerful vibes. Even when they are touching on more intense lyrical subjects, it’s always contrasted by a bright, bubbly beat.

The song possesses a distinct radiant, retro sound. A shimmering 80s air of swirling synths and punchy percussion make it so you cannot help but bob along to their incredibly infectious beat. The dazzling neon visuals, oozing with disco club vibes, are the perfect backdrop for such an eccentric, colorful offering.


Jimkata – Liar with the Lights On (Official Music Video)

“Liar With The Lights On” is off Jimkata’s highly anticipated album, which is coming this spring. The release will be their first full-length in over four years. Taking a two and a half year hiatus allowed the band to resurface with a renewed fervency. Now Jimkata is back on the indie scene with full force, gracing listeners with their delightfully lush sound.

POPDUST: Your new single “Liar With The Lights On” features a groovy, quirky beat. How did you develop the single’s colorful flair?

It started with a bass line that just popped into my head one day. I found myself struttin’ down the street on my way to work with this line in my head, imagining where it could go. Honestly, its one of those lucky songs where it all kinda came at once after the initial idea-verse, chorus and everything. I knew I wanted it to be kind of playful and psychedelic so I chose some bouncy synth tones to accompany the chorus. And then once I brought it to the rest of the guys, we just had so much fun with it in the studio. There were a couple of fateful accidents where a synth would mistakenly trigger some drum loop and our eyes popped out of our heads with excitement. Then Aaron added some really nice synth pads on it and of course Packy’s smooth playing [is] on it, and there you have it.

The song tells the tale of a character who is a liar by day, and he is up at night riddled with guilt. What prompted the track’s message of morality?

It was hard to avoid the omnipresence of lies and deception in the air the last four years. I don’t want to say it’s explicitly political, but it kind of is. I guess I was just sick of the narcissism, the preservation of one’s image at all costs, the motivation to lie and cheat to get ahead or get your own way no matter who else it affects. I like to imagine that people like that may quietly feel some sense of shame when they’re alone at night, wondering what the consequences for their actions will be, but maybe not.

Unfortunately that type of behavior is often rewarded in our society, and our true values are reflected in the types of leaders we choose.

The video for “Liar with the Lights On” is a vibrant display of shiny psychedelic images. What inspired the kaleidoscopic visuals?

We collaborated with Greg Ellis, who has been the lighting designer for Pretty Lights for the past several years. Oddly enough, we also have known him since high school and have travelled along some of the same paths. As he’s been off the road, he’s been getting more and more into analog video art, so [he] was pretty excited to create something for us.

Essentially we filmed time lapse images of ourselves dancing, and he projected those holographic images onto a fog screen in a room filled with 300 lasers. So we each had our own weird time [to dance] alone to the song on repeat for twenty minutes…It was a workout. Then we sent that over to him and he worked his magic. It just seemed to be a perfect pairing.

Jimkata “Liar With The Lights On”

Jimkata is known for creating music oozing with synth-infused funk. What attracts you the most to that distinct musical style?

I’ve always been attracted to rhythm first. When I was a kid, my first musical influences were Michael Jackson, Motown, and old disco tapes my parents would play. Then I met these guys and found a mutual love for 70’s/80’s prog, funk and new wave as well as more recent electronic and hip-hop stuff. There was also a lot of folk and Americana stuff playing in my house growing up, so I also knew the effect a good lyricist could have.

So I guess I just always wanted to create something that makes you wanna dance but has some sort of meaning you can take with you. I think as time went on Aaron got more and more into analog synths and Packy became really proficient with live sampling and that has really opened up our ability to create that sound.

You are a close-knit three-piece who all met in middle school. How did Jimkata come to fruition?

Packy and I had overlapping lessons at the local music shop, him with drums and me with guitar. We started terrorizing the store, playing “Smells Like Teen Spirit” on their instruments while in between lessons. That turned into terrorizing his parents’ basement, and around that same time we met Aaron in the middle school band. He played percussion and was rumored to be able to play anything he heard by ear on guitar. Also, he was the best skater out of all of us. So that turned into skating and jamming on Nirvana after school and on weekends.

And just slowly over the years we always hung out and jammed, our musical tastes grew and changed, and eventually as we got older started writing original songs and playing shows. It’s really pretty simple, and I think I take that for granted sometimes that we just naturally clicked as musicians and had a shared dream to be doing this.

On the topic of middle school, do you have any embarrassing or funny stories from that time in your life?

I wore oversized puffy etnies skate shoes and for some reason, Big Dog brand button down shirts a lot. I tried to iron a Smashing Pumpkins patch onto my backpack and burned a hole in it. We played shows at the local YMCA and kids would get in trouble on Monday after everyone found out they smoked pot during our show… But we also played a show in the middle school auditorium once I think for a school assembly… so we were somewhat accepted. We were called Livewire and we played grunge, punk and ska covers, and brutally butchered Rage Against the Machine lyrics that were WAY over our heads at the time.

Lastly, you are influenced by greats like Peter Tosh and The Police, but what are some artists currently on your playlist that you enjoy?

Things I’ve been listening to a lot in the last few months: Khruangbin, Donny Hathaway Live, George Harrison’s All Things Must Pass, Little Dragon, Chicano Batman, Tame Impala, John Prine’s last album Tree of Forgiveness… There’s a lot of stuff, and I tend to be all over the place as far as genres go.