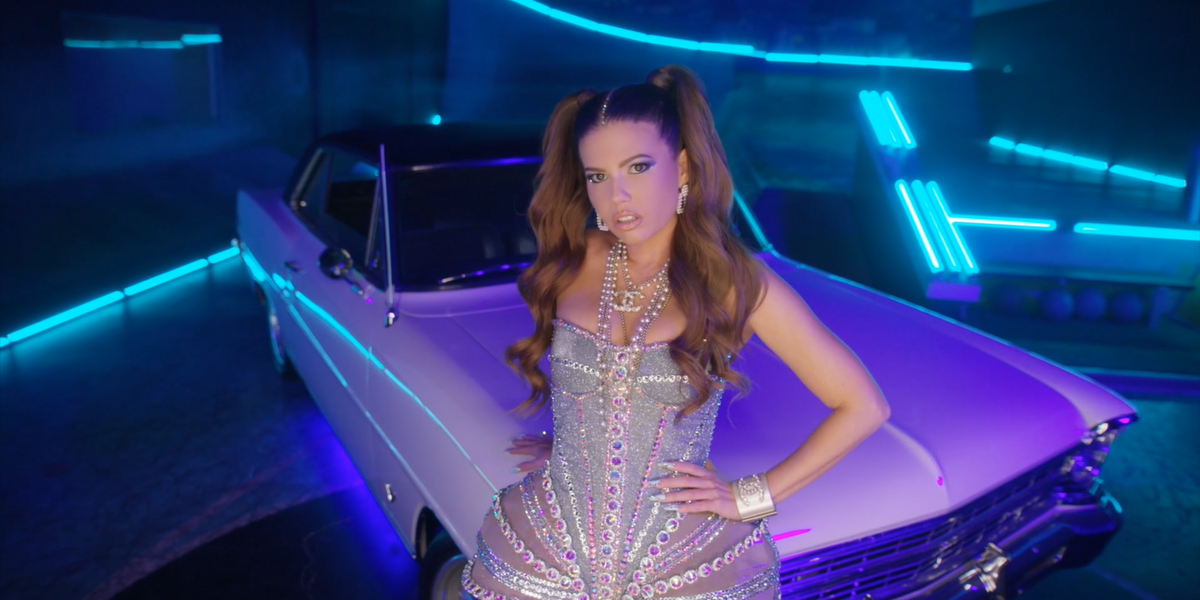 Despite being a versatile talent, Chanel West Coast has admittedly been pigeonholed over the years.

Best known as the sole female face of Ridiculousness, it’s true that MTV’s comedy clip show has served as Chanel’s home this past decade. But she is often quick to remind everyone (this journalist included) that her hardened launch into music these past few years isn’t so much a career pivot, but rather an extension of an already seasoned musical hustle.

A veteran hip-hop dancer who started recording rap verses as young as 16, she originally connected with Rob Dyrdek through her MySpace page, which she had created to try and kickstart her music career. After working on with Dyrdek for a few years on Fantasy Factory, she connected with Lil Wayne, who almost immediately signed her to Young Money after hearing her music.

She has since gone fully independent, but along the way she has collaborated with some of today’s biggest stars including Snoop Dogg, and YG. “It’s been a very overshadowed thing,” Chanel said of her music career. When she tried to break out into rapping, critics were quick to try and quell her inspirations. “At first it got to me a lot. After the first couple of years on TV, it was really hard to deal with.”

But during a particular studio session with Too $hort, she recalled venting excessively about the hate she was receiving online. “He looked at me and he said, ‘Chanel, you’re venting to Too $hort,'” she said with a laugh. During a meet-up with Game, the rapper shared a similar sentiment. “Who cares if you haven’t had your first hit yet? I see rappers come on that [Ridiculousness] couch and they look shook to be there,” he told Chanel.

“In my head, I don’t see myself as successful as other people might,” she said candidly. But she has continued ignoring the comments and persevering, continuing on her path to rap stardom on her own terms. “Heaven is calling, you need the answer,” she raps on “Heaven’s Calling.” “Roll up your sleeves and go on, lift your pants up / Deep inside that water, just keep moving forward.”

On “Eazy,” – Chanel’s latest single to get the visual treatment off her debut album America’s Sweetheart – the rapper exudes veteran-level confidence, the track’s polished trap grumblings fitting her as snugly as well-tailored pants.

“When people know you for one thing first, they kinda get stuck with that in their head, so that’s been a little bit of a setback,” Chanel admits. “But I’ve been doing music much longer than TV though, so I never thought it would be a hard transition.”

How did you connect with Anaya and Salma?

I made “Eazy” in my home studio and I felt it would be dope to get other female rappers on it. Coincidentally me and my girls all had a big studio session with Too $hort on the same day, and he had just worked [with Anaya and Salma]. So they got on my song, and we ended up all just collaborating on the same day.

But your transition from TV to music has been anything but “easy.”

My schedule has definitely been a setback. I film a lot. So I’ve had to pass up a lot of dope opportunities cause of that, but it is what it is. As far as transitioning, I was originally a hip-hop dancer and my first video was actually filmed at the same studio where I now film Ridiculousness. Talk about full circle.

Did the critics ever get to you?

At first, it got to me a lot. It’s literally bullying. I felt like I was back in school. But I’ve been doing music so much longer than TV so I never thought it would be a hard transition. Since I was little all I wanted was to be an entertainer, to be in music and act, and it just comes with the territory and you gotta build up a thick skin. For the most part, I’ve just ignored it.

You’ve been both independent and signed to a major now. What are the pros and cons between the two in your eyes?

To be honest, I’ve always been rebellious by nature. I’m not the type to do [things I don’t want to do]. So for me, I think being independent is just better for my personality. Because I’m very adamant about doing what I wanna do creatively.

Was America’s Sweetheart kind of created with this idea in mind — that you had to prove yourself?

Yes. Not even as a rapper, but just as an artist as a whole. It was really important for me to put out a positive message. I just wanted to put a mix of everything that was important to me on there.

With all this going on, it also sounds like you’re still heavily involved in Ridiculousness.

We film about six episodes a day, and I have about 200 more episodes I’m filming this year. I feel like when they see it, people assume it’s all re-runs, but we’re on new episodes almost every other night. *laughs*

What do you think it is about Ridiculousness that people have gravitated towards over the years? People seem to always come back to it.

We’re a show that uplifts people. We bring the laughs, that’s what we’re all about. Especially during this pandemic, I think we’re a show that makes you forget about everything that’s going on. When you put us on, you can tune out. And a lot of people wanna tune out from what’s going on. Even when I was younger, I was a huge fan of Rob & Big, and even right now talking about this I’m getting chills, but as a 16-year-old watching Rob & Big… It’s all just surreal.

What keeps you coming back to Ridiculousness after all these years?

Um, I get paid to laugh. Even if it was a sh*ttier paycheck, how could I say no? I’m just grateful and I realize I’m blessed to be in this situation. Not to mention, there is always crazy new content online. The audience is gonna hate me for saying this but especially now, we don’t have an audience now because of the pandemic, and I think it makes it almost better. Now it’s just [about] being friends and funny together without that pressure. You can see that in the new episodes. It’s just us three in our living room, it’s so weird. *laughs*

With all that said, do you feel creatively stifled as a result of the pandemic?

As an independent artist, I’m at a great time where I can freely release and keep dropping music. There are a lot more eyes online right now, and because of that, it’s great for us independents cause we can keep dropping stuff. But with that said, I invest in all my own music videos, I invest in all that myself. So it’s been a little rough [and has put a] little damper on my pockets. But eventually, these gigs will come back. So I’m gonna keep going hard.