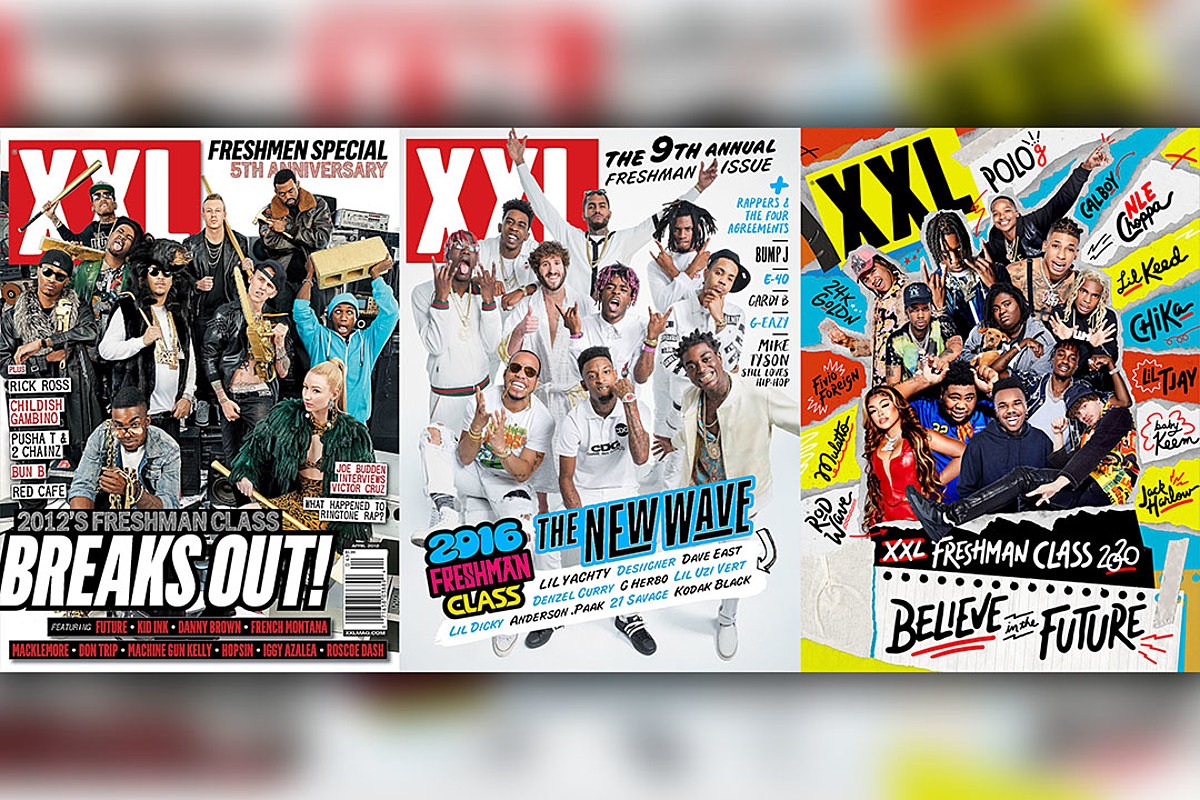 Numbers on the Boards
Calculations by Joey Echevarria
Editor’s Note: This story will appear in the Summer 2022 issue of XXL Magazine, on stands soon.

If G Herbo’s mama told him one thing, that’s to "run it up." Now that the 2022 XXL Freshman Class has been revealed, members of each class over the past 15 years have been taking Herbo's mom's advice and the proof is in the stats.

Many former Freshmen have gone on to do major things within hip-hop and beyond, expanding to many forms of entertainment since landing on the coveted XXL covers. Future and Jack Harlow just recently dropped singles that made their way to the very top of the Billboard Hot 100 chart and Anderson .Paak is out here jamming on the drums with BTS, one of the world’s biggest pop acts. Kendrick Lamar even found himself earning a Pulitzer Prize for his wildly impactful album, Damn., a few years back. However, just like anything else, the true measure of success is in the numbers and all 15 XXL Freshman classes have the stats to back up their successes in the rap game.

When it comes to breaking down the accomplishments of all the XXL Freshman classes through the years, there’s no shortage of statistics to back up the old adage that numbers don’t lie. There are also a few fun facts and interesting tidbits along the way. It's widely known that Baby Keem and Kendrick Lamar are cousins, but there are 10 other Freshmen who are also related to other rap artists. It's no surprise that Boosie BadAzz and Curren$y have dropped the most solo albums out of any XXL Freshman with 13 and 12 releases, respectively, but there are also an impressive number of artists who've been featured on the Freshman cover and have put out five solo albums or more.

Check out 15 Years of XXL Freshman by the numbers below.

Read the 2022 XXL Freshman cover story featuring BabyTron, Cochise, Saucy Santana, Babyface Ray, KenTheMan, SoFaygo, Big Scarr, Big30, KayCyy, Doechii, Kali and Nardo Wick when the Freshman issue hits stands everywhere on July 13. The magazine includes additional interviews with Lupe Fiasco, Pi’erre Bourne, NLE Choppa, Yvngxchris, producer DJ Dahi, engineer Teezio and singer Chlöe, plus a breakdown of every Freshman Class from a numbers standpoint, a look back at what the 2021 XXL Freshman Class is doing, the story of why the 2016 XXL Freshman Class gets so much respect now, a deep dive into the world of NFTs through hip-hop’s lens and exploring rappers’ most valuable collections. You can also buy the 2022 XXL Freshman Class issue here.