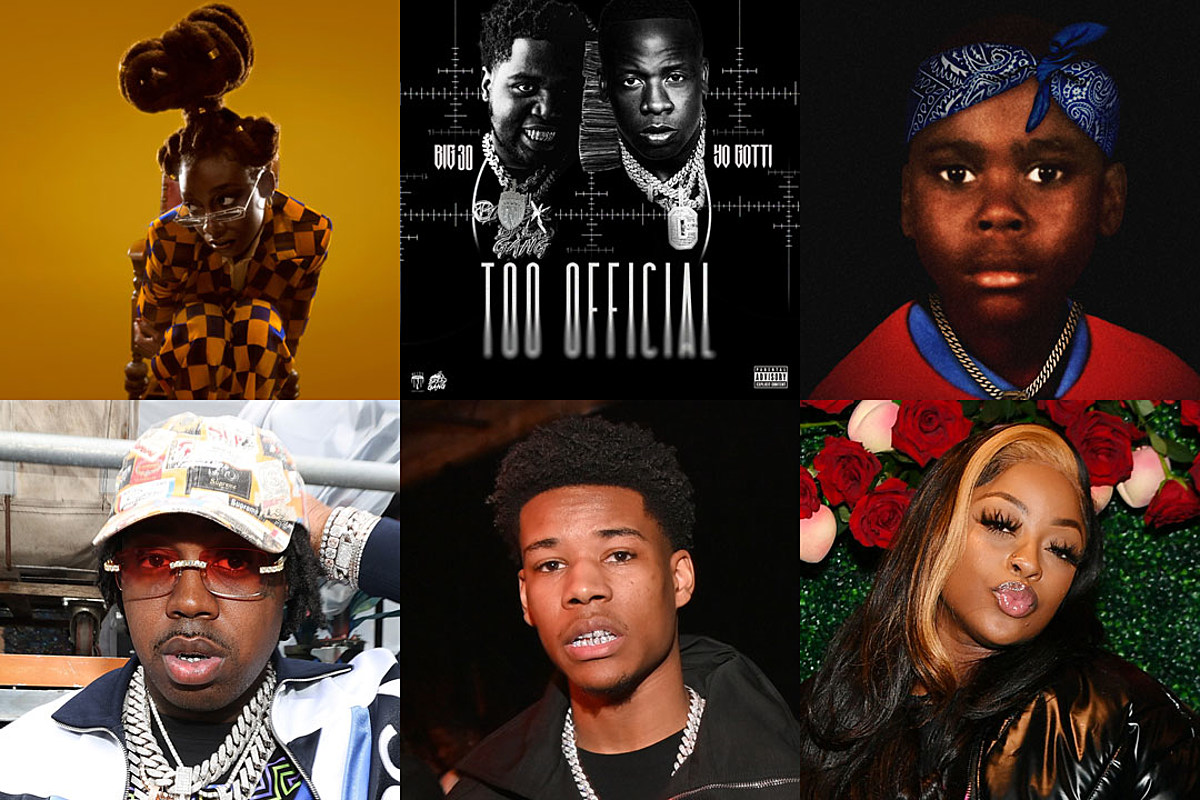 It's been a long, strange year, with just as many lows as highs. Even as things inch closer towards the new normal, day-to-day life has been an adjustment for everyone following a global pandemic. Fortunately for rap fans, we have great music to hold us down—the soundtrack to better times and happiness. Hip-hop as a whole is gaining its rhythm back after artists went for more than a year without touring and being out in the streets to engage with their fans. With live performances back like they never left, and plenty of new albums dropping each week, the game's stars have returned, and the up-and-coming acts are also delivering. Throughout 2021, there were a lot of songs to sort through, so XXL highlights 100 of the best hip-hop songs that dropped this year, in no particular order, to put you on game.

This was a huge year for street rap from some newer names that reside all over the country. Louisville's own EST Gee, a signee to Yo Gotti's CMG label, has been making noise since last year, and spent 2021 coming into his own. His posse cut "5500 Degrees" featuring fellow CMG labelmate 42 Dugg, Lil Baby and Rylo Rodriguez is refreshing, with Gee shining next to three acts who have made names of their own. The same could be said for Big30, signed to Moneybagg Yo's BreadGang/N-Less Entertainment. He's a clever Memphis rapper who came up alongside his close friend, Pooh Shiesty. Big30 sounds comfortable next to any fellow rhymer, and that rings true on his song "Too Official," with aforementioned local legend Yo Gotti. Then, all the way across the map in San Pedro, Calif., Remble came out of seemingly nowhere with his uniquely paced, conversational flow. His off-center sense of humor and lyrical strength earned him millions of views quickly, and his song "Book Bag" featuring fellow Californians BlueBucksClan is one of his standouts.

The latter half of 2021 also had plenty of songs from the ladies of rap, who have been gaining more of a foothold in the genre every week. Doja Cat, an established hitmaker, released the soaring "Need To Know," displaying her her oft-overlooked dexterity and command of bars, especially on the last verse. Little Simz, a long-respected U.K. rapper who makes music within the socially aware side of things, has her track "Introvert" on this list. The song explores her inner feelings and reflects on the current state of the world. There's also lighter, more self-celebrating fare, like Rico Nasty's "Magic" and Lakeyah and DJ Drama's "In Person." There's also room for a woman just talking that talk, as KenTheMan does on "Damn Shame."

Check out the best hip-hop songs of 2021 and see if your favorites made the list.

Super Unique Hip-Hop Merch That You Can Buy