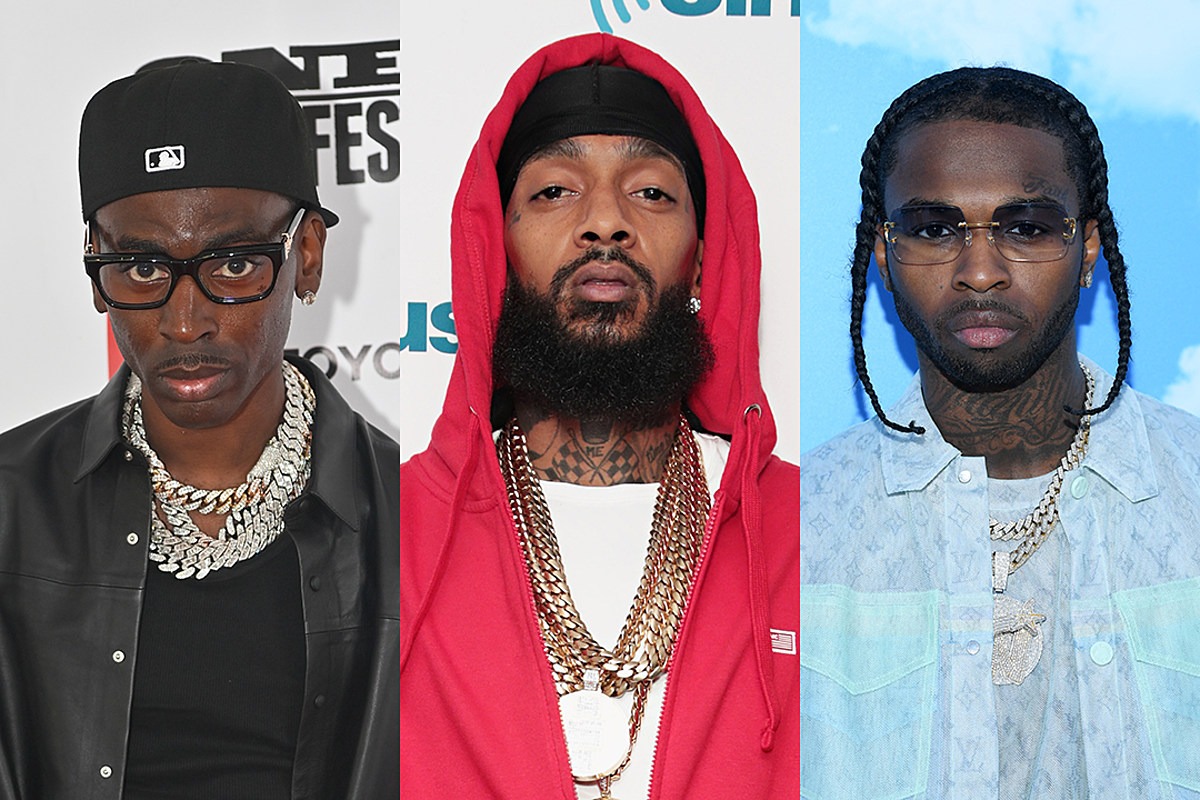 Not to be too sinister, but one of the few guarantees in life is death. Over the course of hip-hop’s 50-year history, a significant number of rappers, producers and genre-adjacent figures have unfortunately been called home. As a result, memorials are oftentimes created in the booth, leading to an extensive collection of songs paying homage to rap's fallen soldiers.

Last November, the hip-hop community mourned the loss of Memphis legend Young Dolph after he was tragically shot and killed. The Paper Route Empire founder is survived by his frequent collaborator and cousin Key Glock. To salute the legacy of his brethren, Glock released the tribute track "Proud" shortly after. On the track, he rhymes, "Aye, don't worry ’bout Glizock, nigga, I'ma hold it down/I went and got some blue diamonds to let ’em know you still around."

In 2019, Nipsey Hussle's life was also taken due to gun violence. Following his death, Nip's friend Meek Mill and mentee Roddy Ricch released "Letter to Nipsey." On the record, Meek opens up about his relationship with the slain boss, rapping, "And I ain't finna sit here, act like I'm your main homie/But when we lost you, it really put some pain on me." While Roddy offers bars about how he reacted to the situation, crooning, "I was in Miami when I lost you, I ain't talk about it/I remember I bawled out in tears when I saw your body."

Tributes also came out on the heels of Pop Smoke's death in early 2020. Pop's frequent collaborator Lil Tjay was one of the first artists to drop a musical dedication to the drill music general. On "Forever Pop," Tjay puts his heart into the lyrics he lets out on the mic. "Rest my nigga Pop Smoke, know I'm lettin' shots go," he delivers in a sing-song flow. "At any nigga, fuck it, I inherited the opps though/Know I'm finna make it to the tippy-tippy top, bro, for you/I know that's all you wanna see me do."

In remembrance of other rap stars like Juice Wrld, XXXTentacion and Lil Peep, all the way to more seasoned acts like DMX, DJ Screw and The Notorious B.I.G., here, XXL highlights about 40 songs that pay tribute to hip-hop's fallen legends. Later in this article are songs dedicated to the friends and family of hip-hop artists as well. Check out everything below.

See the Current Status of Every Murdered Rapper’s Case

XXL takes a look at the current status of the cases of 87 hip-hop murders that have occurred over the past 35 years.