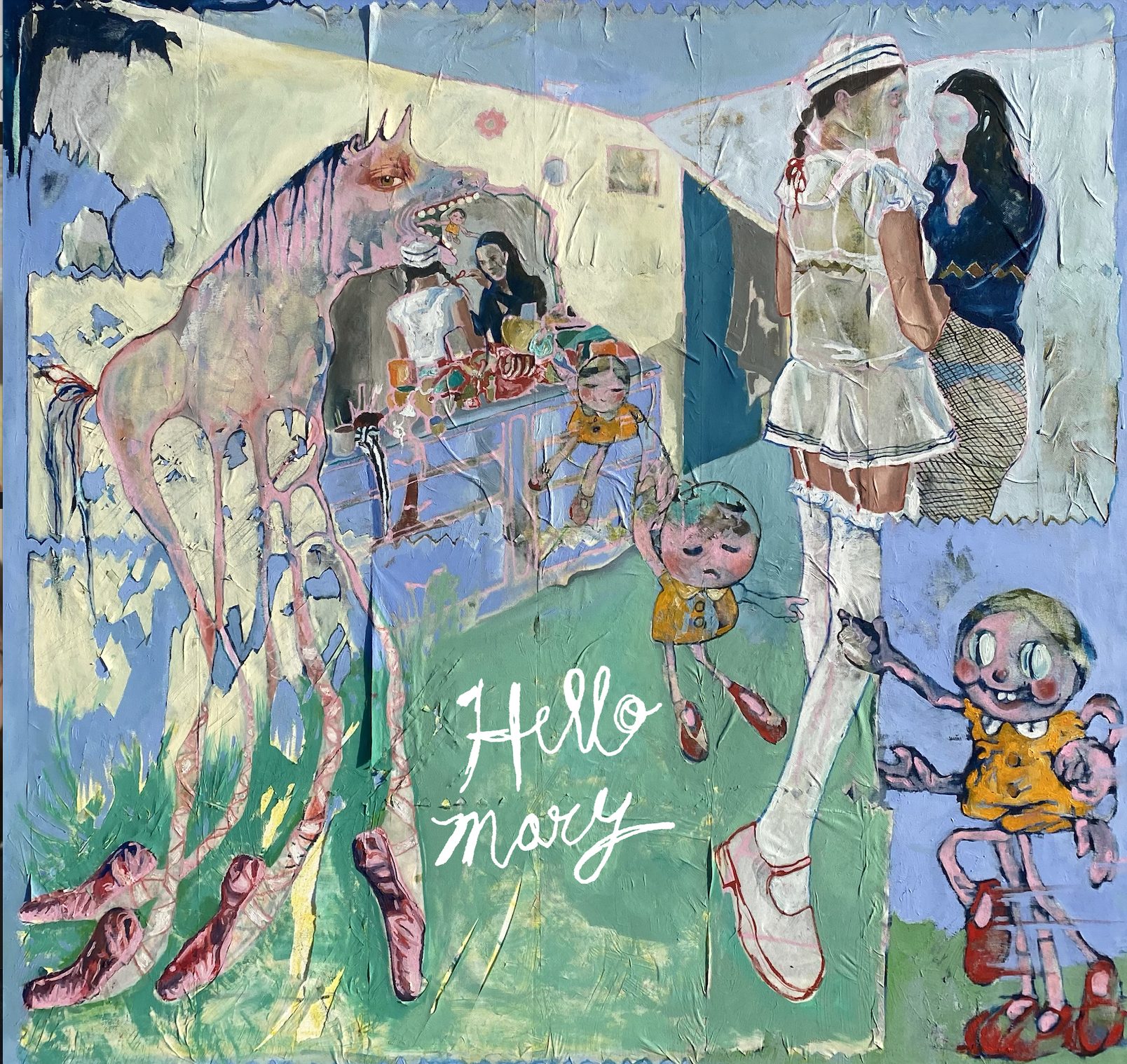 Hello Mary, the Brooklyn-based indie-rock trio of Helena Straight, Mikaela Oppenheimer, and Stella Wave, has announced a self-titled debut album. The record is coming in March on Frenchkiss, and in addition to recent singles “Rabbit,” “Evicted,” and “Looking Right Into The Sun,” it has today’s freshly revealed “Spiral.” The new song has an ominous, lurching momentum, with Straight and Wave harmonizing eerily over chugging, churning wall of guitar and bass. Below, watch the Isaac Roberts-directed “Spiral” video and check out the previously released tracks.

Hello Mary is out 3/3 via Frenchkiss.