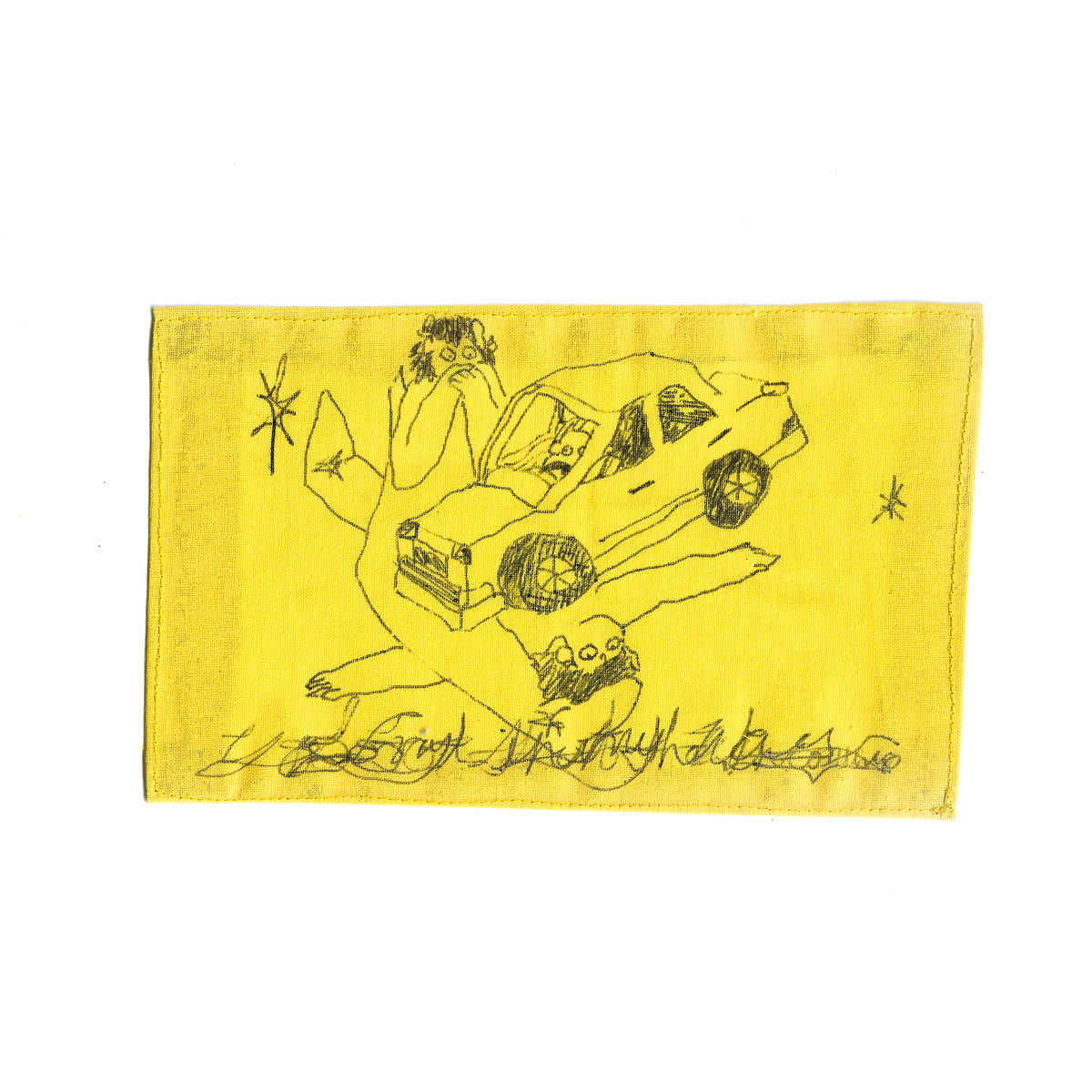 Few current indie rock bands have burrowed into my heart as aggressively as the young Asheville quintet Wednesday. Their scorched, soaring, sensitive sophomore set Twin Plagues? Love it. Guitarist MJ Lenderman’s alt-countrified new solo album Boat Songs? Can’t get enough of it. And now they’ve gone and released one of the most compelling covers albums in recent memory.

Back in January, Wednesday showed off their country bona fides with a trio of covers for Aquarium Drunkard, songs by Roger Miller and Drive-By Truckers and, best of all, a quivering yet towering take on Gary Stewart’s brilliant “She’s Acting Single (I’m Drinking Doubles).” Those songs all appear on Mowing The Leaves Instead Of Piling ‘Em Up, the band’s new covers LP out today. So do songs originally recorded by Smashing Pumpkins, Vic Chesnutt, Medicine, Chris Bell, Hotline TNT, and Greg Sage. As they did with Edie Brickell’s “Ghost Of A Dog” at the end of Twin Plagues, Wednesday make these tunes their own. If you like noisy melodic guitar music with a bit of twang in it, this stuff is crack. As singer-guitarist Karly Hartzman puts it at the end of her extensive note about the album, “Music rocks!!! Wow!!!”

Stream Mowing The Leaves Instead Of Piling ‘Em Up in full below.

Here’s that message from Hartzman:

Wednesday owes so much to our musical influences. The music we love is a big part of what brought us together. My bandmates Margo and Xandy both had infamous Asheville house show venues, Jake was in like a billion different bands which often played in their muggy basements and Alan was usually the one who brought the PA. Our immersion in music predated us trying to make songs together ourselves.

Our common interests in noisey ‘90s guitars, good lyrics, and country music was quickly what permeated into our voice as a band. Most decisions in our songs are made by an amalgamation of all five of our inputs, which happens pretty naturally because of this thread of influences that ties us together.

So when we got an opportunity for some recording time with Alli Rogers at Betty’s studio in Durham, NC we decided to record covers, and hopefully repay in part the huge debt we are in to the artists who contributed so much to the music we write ourselves.

When I was thinking if there was anything that these songs have in common, the main thing I found recurring was the combination of sadness and humor. It’s effective as hell to combine the two emotions, making each other more intense by the contrast. Some of the masters of this included on this album of course are: Roger Miller, Vic Chesnutt, Gary Stewart and Drive-By Truckers.

Sonically, Medicine opened a world of sound to me: a soft voice paired with unrelenting industrial noise. And if you listen to Wednesday’s original music it goes without saying that the Pumpkins discography (at least ‘til 1998) is a sound we reference often and tether ourselves to.

Chris Bell is the master of the perfect musical “moment”. There are few lines in any song that hit me as hard as:

“Just when I was starting to feel okay, you’re on the phone. I never wanna be alone”

There’s just one cover from a band we are lucky to call our peers and for the record I just wanna say Hotline TNT is one of the best bands out there. We stayed real true to the original song for that one… cause it’s pretty perfect as-is.

The later half of the album is songs recorded with my partner and frequent collaborator MJ Lenderman (the thing is… I love him!!) His music is probably my biggest influence out of anyone and I owe him a lot a lot a lot.

Anyways, if for whatever reason you’re reading this and haven’t heard the original songs, I encourage you to look ‘em up! We tried our best to pay our respects but at the end of the day you can’t exactly replicate the magic of any of these tracks.

Making music (and hopefully living off it sometime soon) has been a dream come true for us. So thank you a million times to all the artists that paved the way for us…. Music rocks!!! Wow!!!

Mowing The Leaves Instead Of Piling ‘Em Up is out now on Orindal. Buy it here.