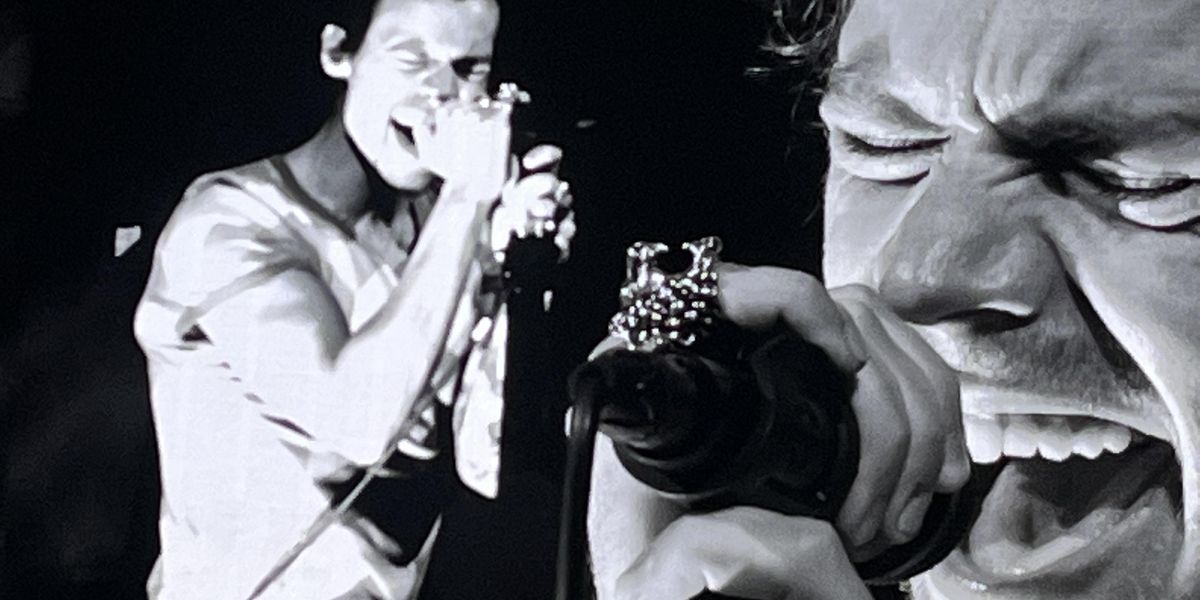 “I just popped over to Venice to spit on Chris Pine…”

Is how Harry Styles opened his tenth performance of a 15-night residency at Madison Square Garden.

Styles is often soft-spoken…and as we’ve learned from his concerning Don’t Worry, Darling press interviews, it’s for a reason. But the recent events in Venice, Italy didn’t deter him from flying back to The Garden and putting on a phenomenal performance.

The rumors and drama must’ve filled him with the need to genuinely pop off during last night’s concert, which I was so lucky to attend. And it ain’t my first rodeo either. At this rate, I’ve seen him live in concert over 15 times. But something about last night felt different.

Stunning visuals, which I provided you with photos from my own view, with psychedelic flare are constantly projected on the screen. Intermingled shots of guitarist Mitch Rowland and his wife, drummer Sarah Jones, set the crowd wild. However nothing sets the crowd off like Harry himself…

The energy was palpable. A full trumpet-horn brigade complimented his smooth vocals. Decked out in gleaming sequined two-toned pants paired with a pink and yellow chevron shirt, it’s clear the entire world revolves around Harry Styles.

Styles encourages his fans to “be whoever it is you want to be in this room” and to dance their hearts out…and each performance he watches thousands of people do just that. Forty thousand feet stomped and jumped and danced, shaking the floor of Madison Square Garden to its very foundations.

Harry graced the audience with an unreleased bisexual rock anthem – Medicine – song that he plays on a whim depending on his mood each show….But oh, what a treat when he does.

If there’s anything Wednesday night proves, time and time again, it’s that Harry Styles is a born superstar. He’s a talent beyond generations and I never tire of seeing him, because each and every show is equally as liberating and electric as the next.