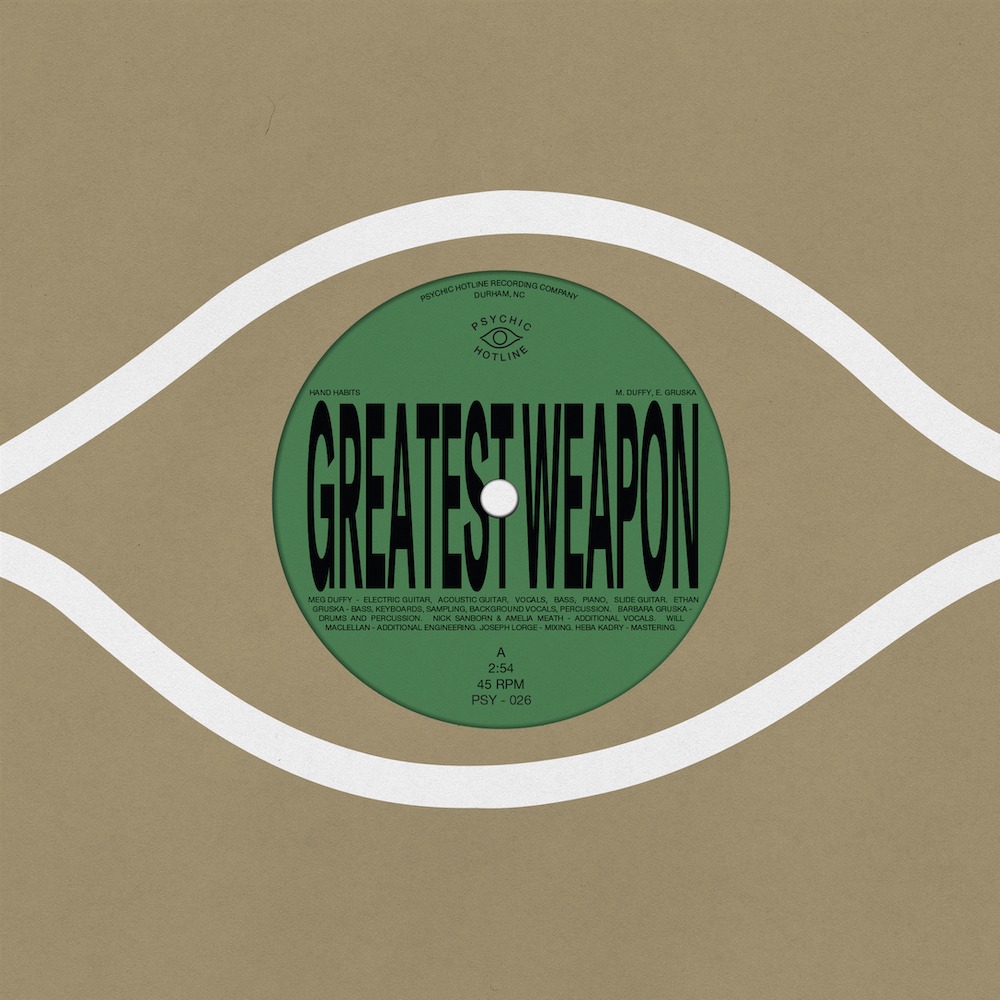 Meg Duffy is sharing two new Hand Habits tracks today, “Greatest Weapon” and “Under The Water,” their first material since last year’s full-length Fun House. The two tracks are being released through Sylvan Esso’s Psychic Hotline label as part of their singles series. “Greatest Weapon” features backing vocals from that band’s Nick Sanborn and Amelia Meath, and “Under The Water” is a full-on collaboration with Meath that finds her taking lead on vocals.

“I wrote it all in one go,” Meath said of the latter. “Learning how to hold my head underwater when I was a kid was a moment of independence that I hadn’t been expecting — all of the sudden I was able to be completely alone in the pool — even when I was surrounded by people.”

“Greatest Weapon” b/w “Under The Water” is out now via Psychic Hotline.