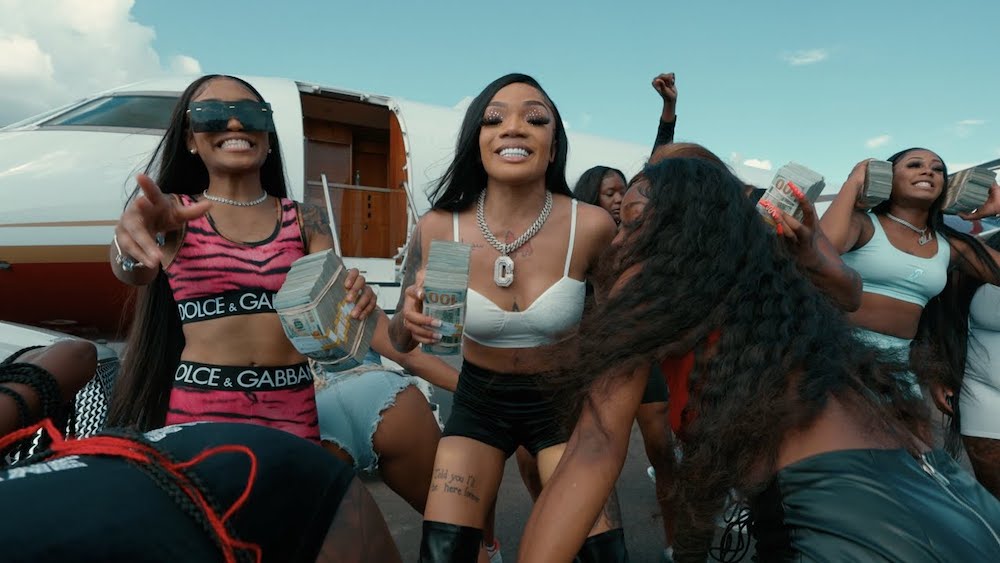 One of the great rap-related feelgood stories of the past few months is the sudden out-of-nowhere success of the Memphis underground rapper Glorilla. A couple of months ago, “FNF (Let’s Go),” a supremely catchy track from Glorilla and the Memphis producer Hitkidd became a massive viral hit, going all the way to the lower reaches of the Billboard Hot 100. Since then, Glorilla teamed up with fellow Memphis rapper Duke Deuce for the ridiculously great single “Just Say That.” And now, Glorilla appears to be crewed up with Memphis overlord Yo Gotti and his CMG label.

CMG already has a ridiculous roster, lousy with street-rap stars like Moneybagg Yo, EST Gee, 42 Dugg, and Mozzy. On Friday, the label released its compilation Gangsta Art, which gives its roster a chance to show off. One of the tracks on that compilation is Glorilla’s new song “Tomorrow.” Over the weekend, Glorilla dropped the “Tomorrow” video, which shows her and her friends partying inside and outside a private jet, doing the kinds of things that you or I might do if private jets suddenly became a part of our lives.

“Tomorrow” is a simple two-minute banger. It’s not as immediate as “FNF (Let’s Go)” because it doesn’t really have a chorus, but it’s still got a huge, infectious energy to it. Glorilla talks her shit over a simple piano-banging beat. Once again, she sounds like a star. Check it out below.

Gangsta Art is out now on CMG/Interscope.