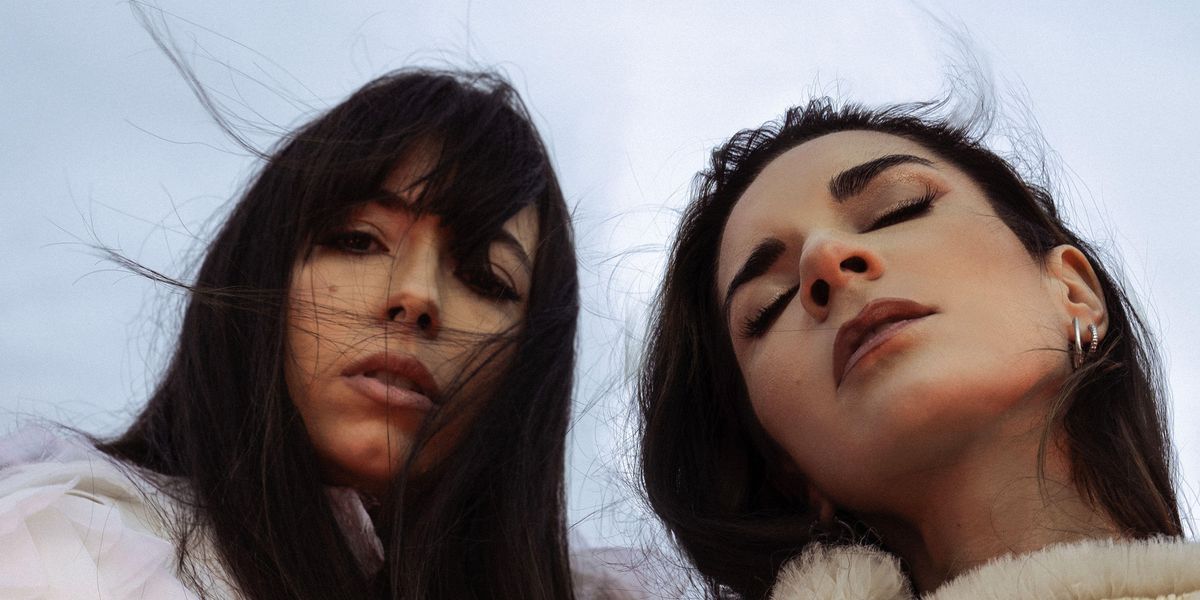 Gioli and Assia are making sure the world knows women have a place in dance music. No longer do we live in a world in which the music industry is a boys only club. In fact, there doesn’t have to be a man involved at all.

Both Gioli & Assia kickstarted their careers uploading videos to YouTube where they automatically began building their separate personal brands. By 2015, the two met through the platform and discovered that their sounds not only combined beautifully, but they also worked together seamlessly as singers, songwriters, DJs, and producers.

Gioli & Assia signed with Ultra Records, who represent juggernaut performers including SOFFI TUKKER, Steve Aoki, Benny Benassi, and more iconic DJs. With Ultra Records experience in the field, the two are able to create beautiful, genre-bending music that combines several different sounds in one song. Their revolutionary producing and writing skills make them a rare force.

They value visuals equally as much as lyrics and sound when it comes to their music videos. They’ve shot in some of the most beautiful places in the world, as their music video for their new single, Playing Chess, can attest.


Recently, the duo found success performing on internet series #DIesisLive, where they gained instant traction. Their videos garnered millions of views, and suddenly and unsurprisingly, the world loved Gioli & Assia.

The pair are looking forward to kicking off their headline show at NOVO in Los Angeles today, with another headline show at the Brooklyn Mirage on September 17. Beyond that, you’re able to catch them at the Life is Beautiful Festival, ARC, or Portola.

Their new album, Fire, Hell And Holy Water is out today with an exclusive interview for Popdust.

What are the main experiences you both wrote about for this album? Are they things that happened to both of you together, or do you like to write about separate experiences to form one song?

We usually write a lot about our life experiences, our relationship, our fights and love. In “Bittersweet Love” we wrote:

A bittersweet love that never fades, I never faked with you

After all the troubles that we both made, our home is still made for two.

We’ve lived and worked together for more than 7 years now, so it’s natural to have some arguments, but the concept behind this song is that we will always come back to each other, no matter what. Our home will always be made for the two of us.

Besides our relationship, we also write about sadness, family loss, and fear of death.

“Meaning of Life” was born after the death of Assia's cousin because of cancer.

We were both sitting on the sofa, thinking about how life can give you everything and then can easily take it back from you. We were wondering about the meaning behind all of this, and that's how we started the lyrics.

Fire, Hell and Holy Water is your biggest body of work to date. Did you know it was going to have this many tracks?

We didn't know how many tracks we wanted on the album, but we knew we wanted it to be long enough to tell a full story. We were continuing to produce more and more tracks until the moment in which we both knew it was finally complete.

You film your videos in some of the most beautiful spots around the world. How do the locations relate to the songs you're singing?

There's always been a connection between the songs and the location of each Diesis Live.

For example the second Episode was shot on top of the Aeolian Volcano island, and the song "Inside Your Head" was composed already thinking about how the power of the volcano should have been expressed in the track's drop.

What are some of the ways you've seen misogyny in the industry and how are you working to change those notions?

The main cases of misogyny presented themselves in the form of skepticism. When a woman claims to be a writer, producer, live performer, editor, and producer of music videos, often her male colleagues find it hard to believe her, believing that there is always a male figure behind to move the ranks. However this can be fought as they show more and more how completely professional, competent and independent women are in the industry.

What is your favorite song on the album? What about that song stands out from the rest to you?

It's very difficult to choose, but we definitely have our top 3: “Meaning Of Life”,“Eurydice”, and

“Even If The Time Will Pass By.”

These three songs hide within their lyrics the main concept that gives life to the album: Hell, which is depicted as a metaphor for depression. We are both fascinated by Greek mythology, which is why we are very attached to the Eurydice lyrics.

This album has a great sound with equally impressive beats. What was the most rewarding part about creating it?

The most rewarding part was succeeding in our intent to create something we were so in love with and proud of. It often happens lately that artists follow musical trends, and therefore lose their uniqueness, often also losing love for the tracks they produce. We are number one fans of this album! We listened to it for months in our car, and it thrilled us more and more, so this is definitely the most rewarding part. Also seeing our fans singing the songs, dancing and being involved with our lyrics makes us even more proud.

Listen to their new album here: