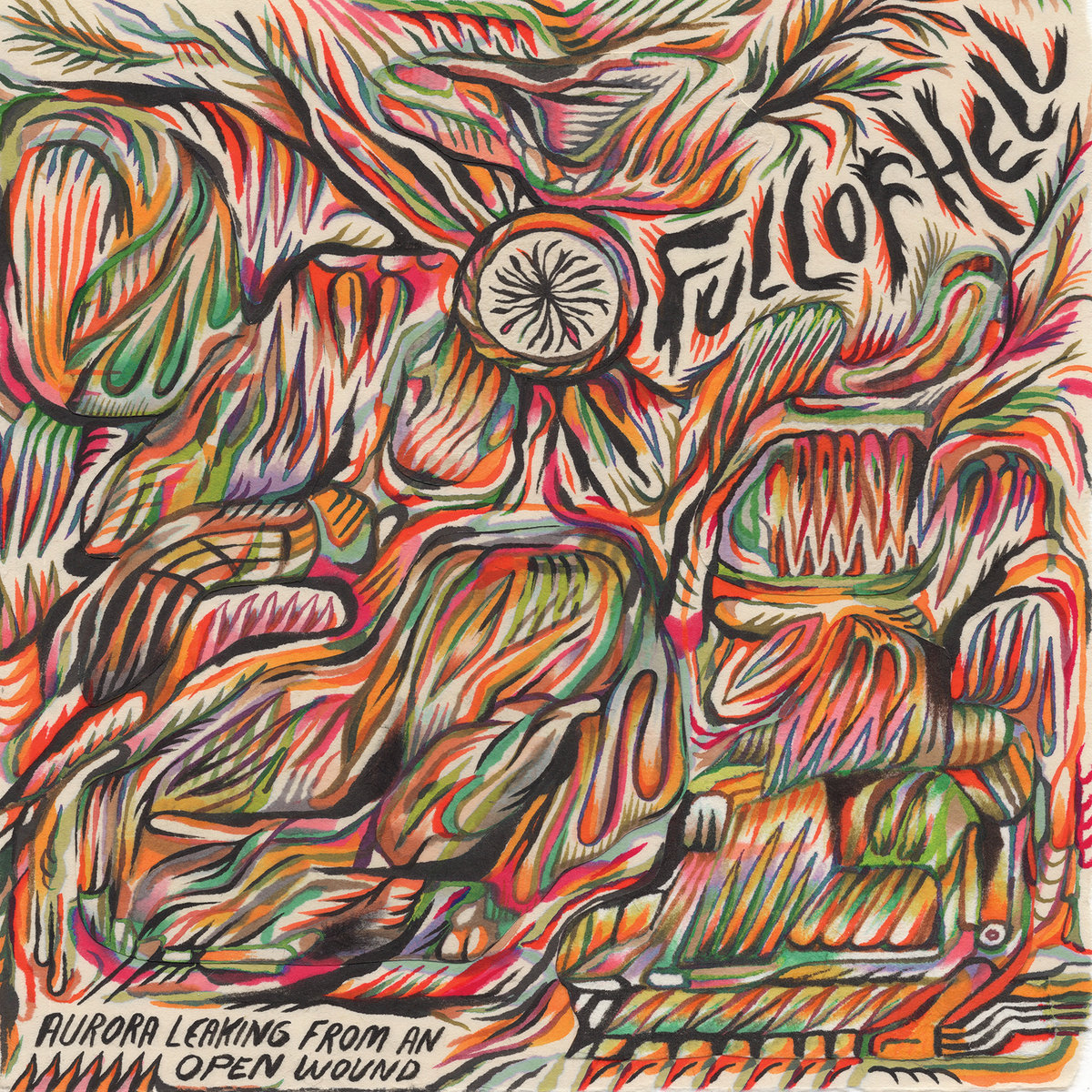 The abrasive Maryland grindcore experimentalists Full Of Hell put out a lot of music, and they don’t always make that music easy to find. An album is one thing; Full Of Hell released their most recent proper LP Garden Of Burning Apparitions last year, and they gave it a proper rollout. But just as often, Full Of Hell crank out flexis or cassettes or collaborations in limited runs. Often, you can only get those records when you go see the band live. Sometimes, though, the rarities eventually make their way to the internet. That’s what’s happened with the most recent Full Of Hell EP.

Last month, Full Of Hell’s heaving, seething three-song monster Aurora Leaking From An Open Wound was only available as a tour souvenir. Today, though, Full Of Hell have released that EP on Bandcamp, and it is nasty. The three songs on the EP find Full Of Hell in fine form. Their attack sounds huge and intense, but it’s not off-putting. Instead, the sound on this EP is crisper and maybe even catchier than you might expect from a Full Of Hell tour-only record. These songs aren’t going to light the charts on fire or anything, but they deserve to be heard, so it’s cool that the world now gets that chance. You can hear them for yourself below.

The self-released Aurora Leaking From An Open Wound EP is out now, and you can get it at Bandcamp.