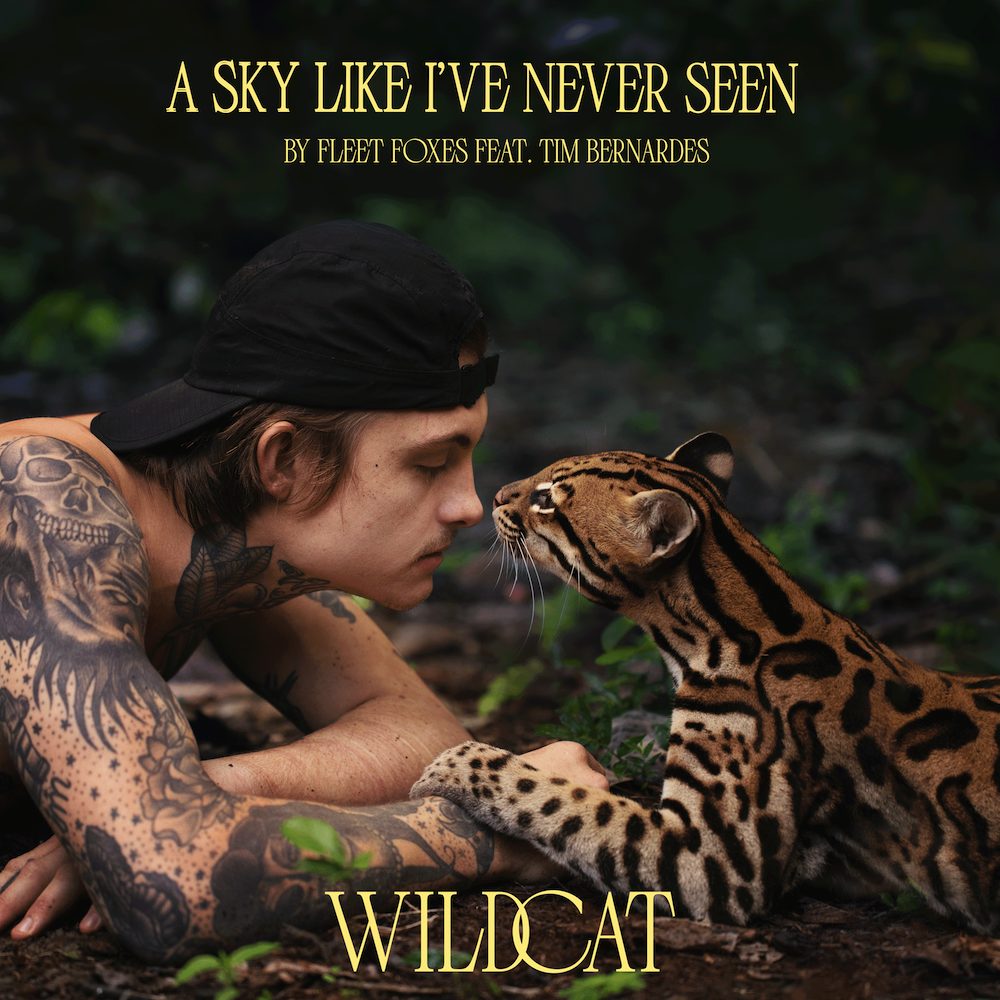 Fleet Foxes have shared a new song, “A Sky Like I’ve Never Seen,” which was written for the documentary Wildcat, which will be released in theaters on December 21 and through Amazon Prime on December 30. The movie follows a veteran who travels to the Amazon, meets a woman running a wildlife rescue and rehabilitation center, and is entrusted with an orphaned ocelot.

“I was inspired by how the film employed unconventional means to arrive at something universally moving, and was struck by all the collisions inherent in the film’s conceit — between species, between hemispheres, between individuals, between the psychological and the natural,” Robin Pecknold said in a statement. “In hotel rooms and in borrowed studios, on time stolen from a world tour, I put this song together. It was an honor to be asked to make a song that could serve as an end-cap to this unique and affecting story and to collaborate with Tim again.”

Pecknold worked on the track with Brazilian musician Tim Bernardes. Listen to it and watch a trailer for the film below.