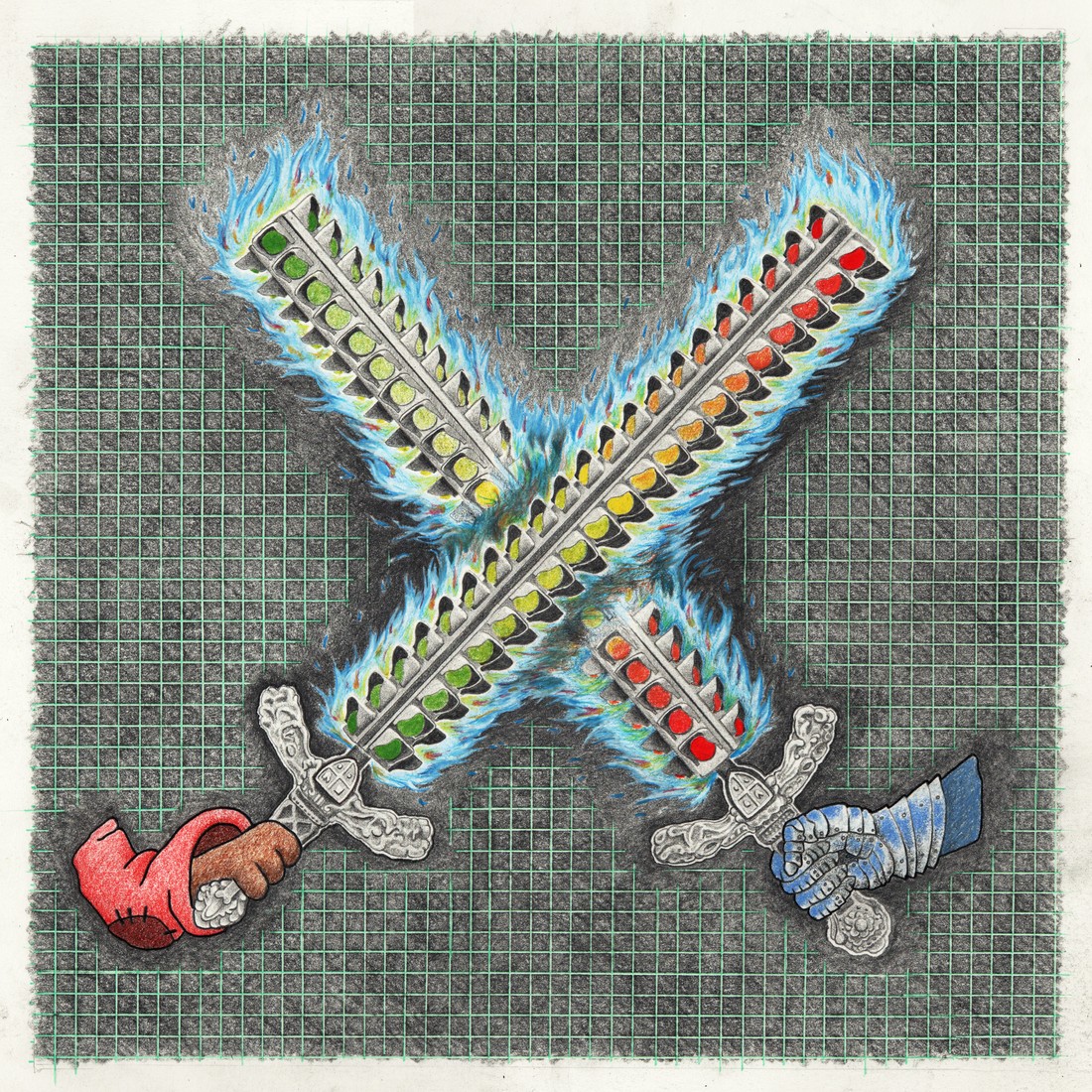 The international ensemble Fievel Is Glauque is led by American bandleader and pianist Zach Phillips (formerly of Blanche Blanche Blanche) and Belgian singer Ma Clément. They just wrapped up a tour opening for Stereolab, a band that inevitably comes to mind upon hearing Fievel’s francophone jazz-pop. Debut album Flaming Swords — which follows God’s Trashmen Sent To Right The Mess, last year’s mono cassette recordings — is out later this month.

Flaming Swords was recorded all in one night on Aug. 29, 2021, and thus has the feel of a transcendent visit to an unusual jazz club. After dropping lead single “Save The Phenomenon,” today Fievel Is Glauque are back with the album’s closing track, “Clues Not To Read.” It’s somehow smooth and jarring all at once, a shapeshifting pop song joyfully performed by virtuosic musicians. Beyond the Stereolab resemblance, it reminds me of Jim O’Rourke a bit? Hear both singles below.

Flaming Swords is out 11/25 on Math Interactive.