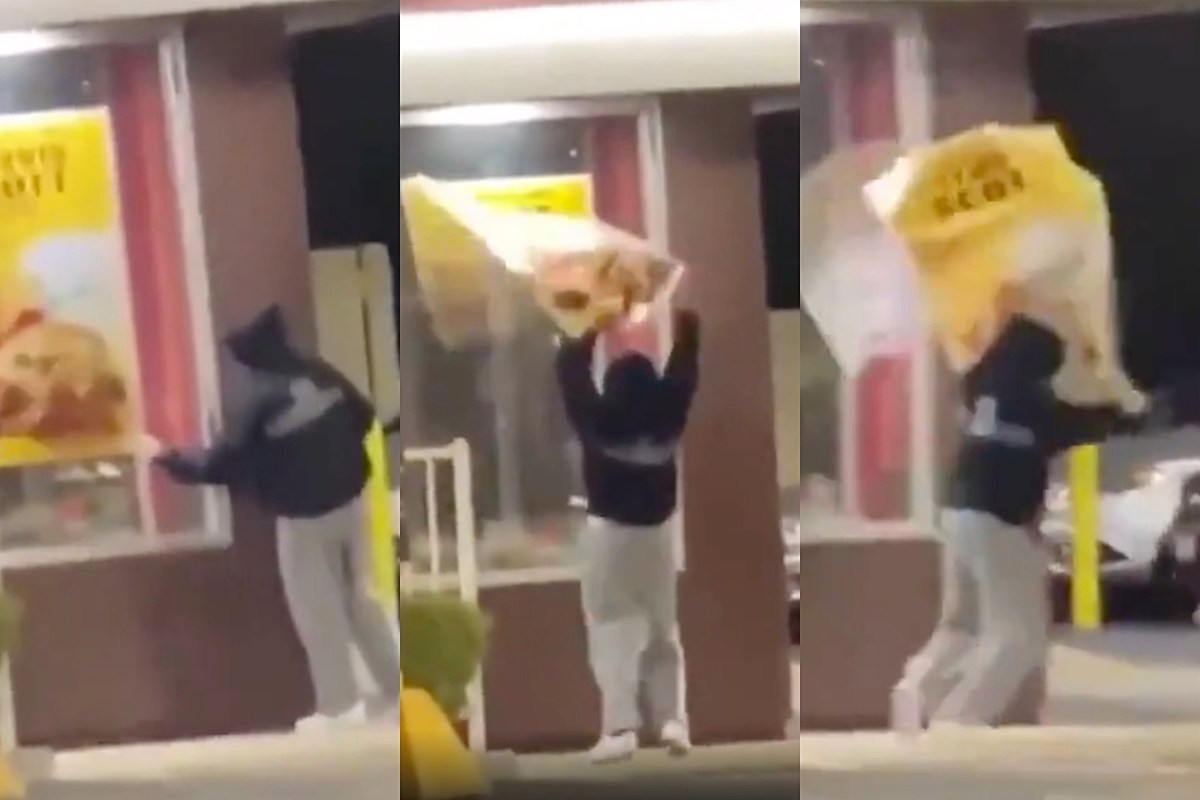 Travis Scott and McDonald's have created a craze with their new collaboration and fans are doing anything to get their hands on this stuff. We mean anything.

On Saturday (Sept. 12), video surfaced of someone stealing a poster for Travis Scott's new meal deal right off the McDonald's restaurant window. In the clip, a person wearing a black coat and grey sweatpants walks up to a Mickey D's while someone films from afar. He steps up to the window containing the La Flame meal advertisement and begins to peel it off. After loosening the edge, he brazenly pulls the whole poster off in one motion and dips off into the night while the person filming has a good laugh.

Travis Scott and McDonald's officially announced their collaboration on Sept. 8, which includes a menu deal dedicated to the Texas rap star containing a Quarter Pounder with cheese, bacon, lettuce; medium fries with BBQ sauce to dip and a Sprite. There is also tons of merch, including shirts, hats, hoodies, sweatpants, key-chains and full-body McNugget pillows, which has been selling like hotcakes (pun intended). Custom Travis Scott McDonald's employee shirts are even being sold on the secondary market for hundreds of dollars. Travis was mobbed by fans when he went to a McDonald's to promote the collab the day it was announced.

The whole thing has led to confusion for some unfamiliar McDonald's employees who are clueless to who the rapper even is, unlike their ecstatic younger co-workers. Not everyone is fully onboard with Travis' new burger, though. NLE Choppa recently urged his fans not to give in to the burger hype and eat healthy instead.