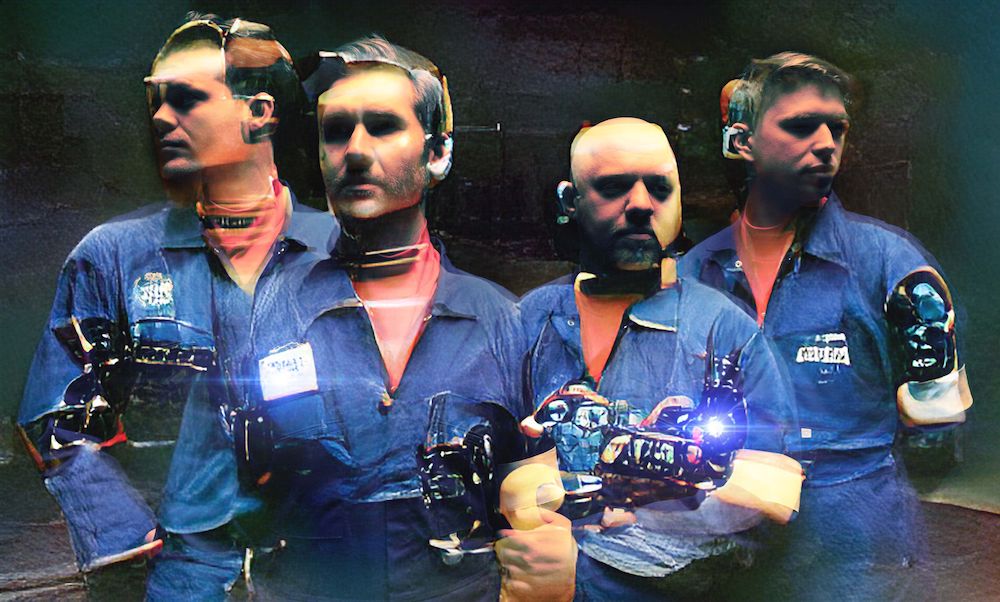 Just about a month ago, Everything Everything announced a new album called Raw Data Feel. At the time, they also shared a lead single called “Bad Friday.” Today, they’re back with another one.

Everything Everything’s latest is called “Teletype.” It comes with visuals created by frontman Jonathan Higgs. Here’s what the band had to say about the track and its accompanying clip:

This song began in a very experimental way, with Alex and Jon sampling voice and guitar then putting it through a process that randomised each chord in a chaotic and glitchy rhythm. A very direct song, straight from the heart, with a fresh new openness that we felt was a good scene-setting for the record.

The video consists of human faces that were completely generated by AI, singing the song. It also includes several grotesque experiments that didn’t work, where the machine thought it was making a person but failed.

Raw Data Feel is out 5/20 via Infinity Industries / AWAL.