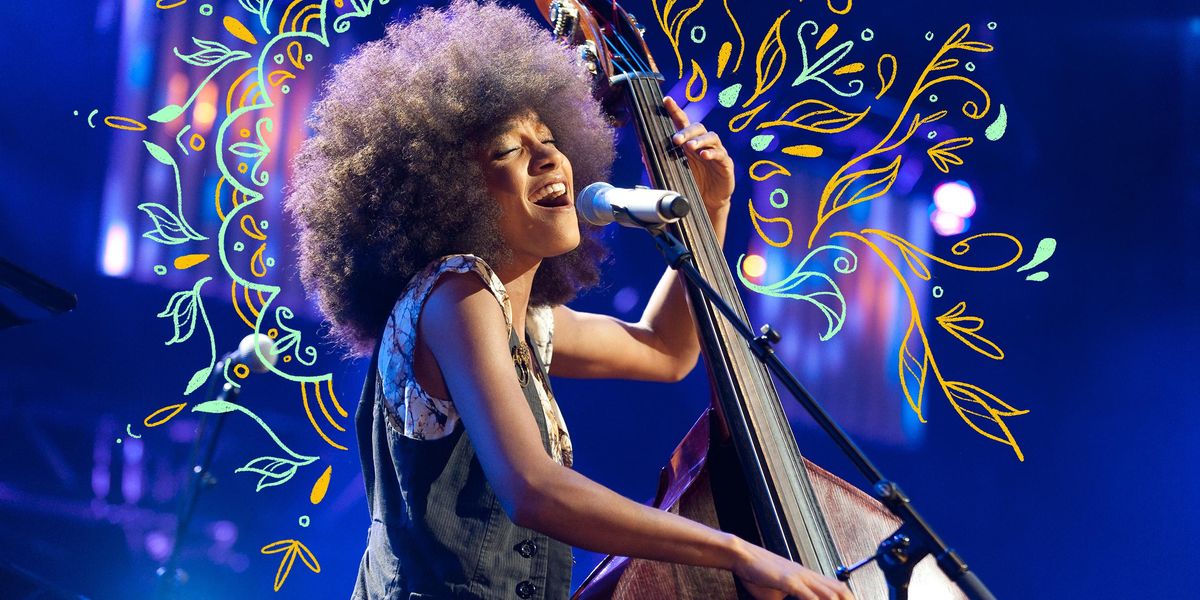 From winning Best New Artist at the Grammys in 2011 to developing her virtuosic form of jazz and achieving excellence with her work time and time again, Esperanza Spalding has constantly broken boundaries with her art, and she’s never allowed her creativity to remain in a box for even a moment.

Her new project, “Songwrights Apothecary Lab,” feels like the natural next step for an artist whose music is an endlessly giving life force in and of itself.

“Songwrights Apothecary Lab (AKA S.A.L.) seeks to respectfully dip into the healing seas of music/musicianship/song and distill a few grains of piquancy which carry the life-renewing flavor of the unfathomable ocean of human resiliency, then work those grains into new musical formwelas, to enhance the healing flavors and intentions innate in all works of devoted creatorship,” reads the description of Songwrights Apothecary Lab on its newly unveiled website.

In conjunction with the release of three new singles this week, Spalding has also finally introduced the world to this ambitious new project — which the website also describes as a “half songwrighting workshop, and half guided-research practice” that ultimately aims to “develop a structure for the collaborative development of new compositions designed to offer enhanced salutary benefit to listeners.” In short, this is an incubator for music built to heal.

The project was inspired by the pandemic and a desire to relieve the destruction it wrought on the hearts and minds and bodies of so many. “I was remembering ways that music had supported me,” Spalding told The New York Times, “and wondering if we could go deeper into those themes.”

So she created a music retreat in her native Portland and invited nine artists of color to spend a month on a 5,000-acre stretch of land. During the project, she began thinking about how she could use music to heal the isolation so many were feeling. She began writing songs with roots in deep musical traditions from Sufism to South Indian Carnatic and Black American music, and she consulted music therapists and neuroscientists to make sure the songs affected listeners in the ways she wanted them to.

What arose was a project that draws from “archives and literature that study healing strategies drawn from a diverse range of music-based creative and therapeutic practices.”

Now, Spalding has released three new singles entitled “formwela 1,” “formwela 2 (feat. Ganavya),” and “formwela 3,” which come together to form the “TRIANGLE” suite and which mark the first releases created in the lab. Some of them will appear on her next album, which is forthcoming in the fall.

The visual begins with Spalding lighting incense in a sunlit room, and things only get more meditative from there — which makes sense, because the songs were very purposefully designed with the intention to relax and soothe the listener. It’s a fully immersive sonic experience; thunder crunches through in the background and choirs erupt in rich harmonies, while Spalding sings and hums and riffs with her angel’s voice. Bells tinkle gently as piano rolls and sitars sing and duet with electric guitars.

The lyrics are poetic, studded with words like “chalice,” “atmosphere,” “storms,” and “undead” that rise out of the oceanic music and then sink beneath it. She sings about rooms inside your head and an unchanging beat inside. “We’ve been suffering enough now,” she sings as the music grows to a frenzy, then quiets, then grows to a celebratory finale.

“Remember the works of sun / Towering within the blue / While we are stuck inside / Wide atmospheres breathe and surround you,” she sings, and you can feel the lyrics and the music’s connection to the earth and to the body and to the collective desire to heal — there are no boundaries here, neither in form nor genre; it’s all fluid, all in a stage of constant becoming. All in all it’s a sprawling, windswept composition that feels like a medicinal cleansing.

The video also features several physical objects — an incense holder, a bell, and a clay vessel — which Spalding carries like talismans throughout. Each object is available for purchase on the apothecary’s website, and each is “collaboratively designed to embody the intended salutary effect and use(s) of each formwela,” as the website reads. (Purchases also support the project).

This summer, Spalding will be taking her apothecary project out onto the streets, hosting a series of pop-up events around New York City in collaboration with other musicians, music therapists, and healers. People will be able to book appointments and have special compositions created for them, tailored to their specific moods and needs.