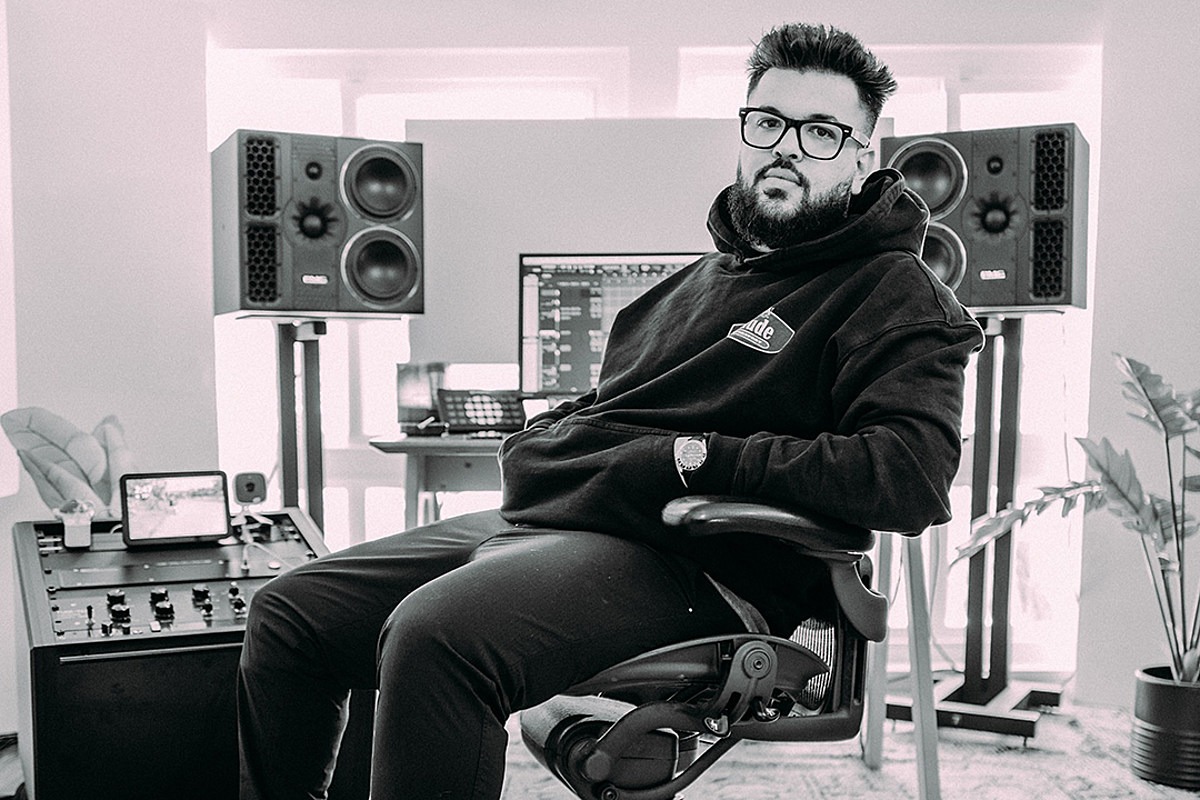 Behind the Boards
Interview: Robby Seabrook III
Editor’s Note: This story originally appeared in the Summer 2022 issue of XXL Magazine, on stands now.

Pivoting from playing the bass in high school, Patrizio “Teezio” Pigliapoco’s perseverance earned him a studio engineering internship at 16 years old. By the time he was 18, he was Juicy J’s engineer. A chance phone call in 2016 led Teezio to recording Chris Brown’s Heartbreak on a Full Moon album, resulting in him becoming CB’s recording and mixing engineer in the process. Teezio, a 31-year-old Los Angeles native, tapped in with XXL to discuss his path so far, working with rappers and believing in Jack Harlow’s “First Class” early on.

XXL: How did you first start working with Chris Brown?

I get this call from [Justin Bieber’s engineer] Josh Gudwin. He recommended me to Chris’ old engineer, Brian Springer. [He] shoots me a text out of nowhere, “Yo, I’ve been looking for an engineer for CB. Do you want to take the job?” I knew Chris’ sessions were crazy. A lot of people, partying. I was like, “I don’t really know if I want to do that shit.” I tried it, and me and him clicked right away. It almost became an adrenaline rush knowing, “This record’s going to come out and it has the chance of hitting top 10 Billboard.”

What is your role in the studio?

Recording is one thing, then there’s the mixing, but there’s so many things in between that happen for an artist of Chris’ caliber. I have the hard drive always on me with everything organized and filed. Write down their names so that if we use a beat, I can go back to the producer, tell them which beat we used, have him put it to the side, put the stems together, send it to me. I’m doing all the work that normally maybe a manager or an A&R would do.

How did you end up mixing Gunna’s Wunna?

When we do the [Chris Brown’s] Indigo album, there’s a song called “Heat” with Gunna, and Gunna hears the mix and he tells his manager, “Yo, whoever mixed the CB song, I want him to mix my album.” That’s when I mixed Wunna for Gunna and that was my first break out of Chris Brown, mixing into another artist as a mixer and not a recording engineer.

Did you foresee Jack Harlow’s “First Class” being a huge hit song?

Jack is doing “Nail Tech,” which has horns in it. He’s like, “Yo, let’s have the guy who did ‘Industry Baby,’ mix this record.” I mixed “Nail Tech,” he loves it, and then I mixed “First Class.” I was like, “This song’s fire.” I didn’t have any idea that it would be a single. Then they announced, “‘First Class’ is going to be a single.” I started to listen to it with that perspective. It started to really click when I was like, I could really hear this on the radio going crazy.