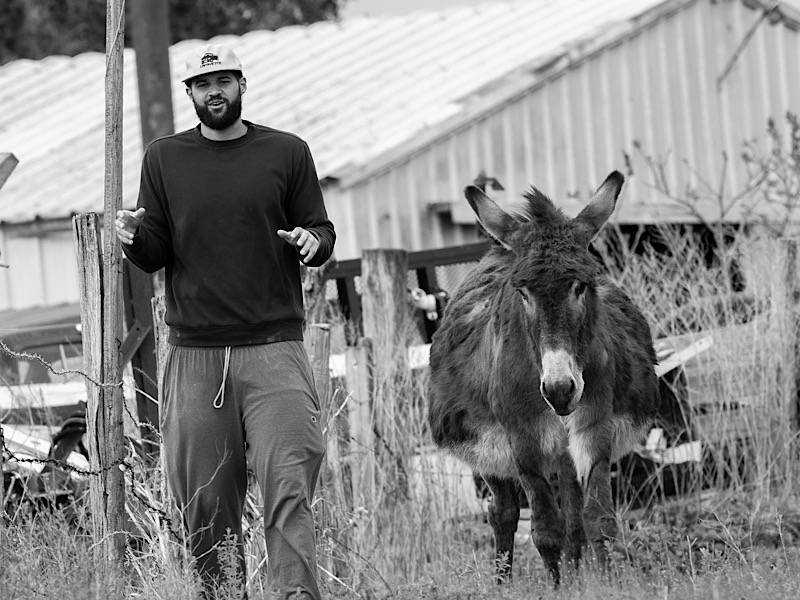 GroovyTracks Premiere – For longtime fans of Queens MC Homeboy Sandman, it appears his ninth studio LP Dusty is the gift that keeps on giving. In the same vein of deliciously creative video treatments seen with the first two singles, “Far Out” and “Noteworthy,” Homeboy is back with a new Nate Peracciny-directed video for the song “Live and Breathe.”

As Sand calmly drops bars intricately designed to distance himself from subpar lyricists with lines such as, “The difference between you and me could fill the sun and earth, moon and sea,” the lush, black-and-white visual shows him petting and dusting a donkey in slow motion — with oddly relaxing results.

“Probably my worst nightmare is to be classified,” he told GroovyTracks in an interview last October when discussing the new album — driving home the fact his projects are against the grain by design.

One element that seems to beam from the “Live & Breathe” visual is a sense of calm that he exudes, reinforcing the state of mind he noted he was in during the album’s creation.

Fans of Homeboy Sandman can catch him next month during the West Coast Your leg of his Dusty Tour with guest Quelle Chris.