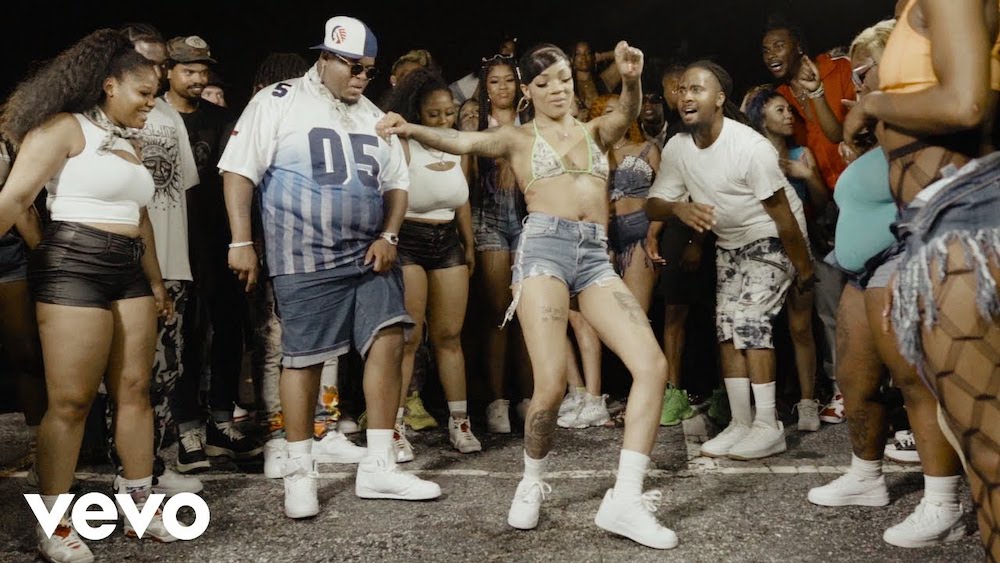 There’s a lot of new music out today, and some of it is inevitably going to get lost in the shuffle, but I hope that doesn’t happen with Duke Deuce. Duke, the wildly charismatic Memphis crunk revivalist, has just come out with the new album Crunkstar, his follow-up to 2021’s supremely fun Duke Nukem. Crunkstar has appearances from people like Juicy J, Rico Nasty, Lil Yachty, and Babyface Ray. It’s also got a ridiculously fun new single with a video that I will probably keep on repeat for an embarrassingly long time.

On the new track “Just Say That,” Duke Deuce teams up with Glorilla, the Memphis underground rapper whose single “FNF (Let’s Go)” is quickly becoming a huge viral hit. Duke Deuce videos are always great. His improvised dances are the stuff of meme legend, and he always fully throws himself into the performance. But this one feels extra special, at least in part because it pairs him with another star who’s just as much fun to watch.

Structurally, “Just Say That” is a battle-of-the-sexes song, a bit like Project Pat and La Chat’s “Chicken Head.” It’s also built on the hammering piano that we know from DMX’s immortal “What’s My Name.” (That’s actually a sample of Richard Addinsell’s “Warsaw Concerto,” from the score of the 1941 film Dangerous Moonlight.) Duke starts off the self-directed video in the Biz Markie Mozart wig, but most of it is just a big parking lot throwdown, with a whole lot of people clearly enjoying life. It’s not that anything happens in the “Just Say That” video, but the whole thing goes hard as hell, and there is so much joy in it. Watch it below.

While you’re at it, stream Duke Deuce’s Crunkstar album below.