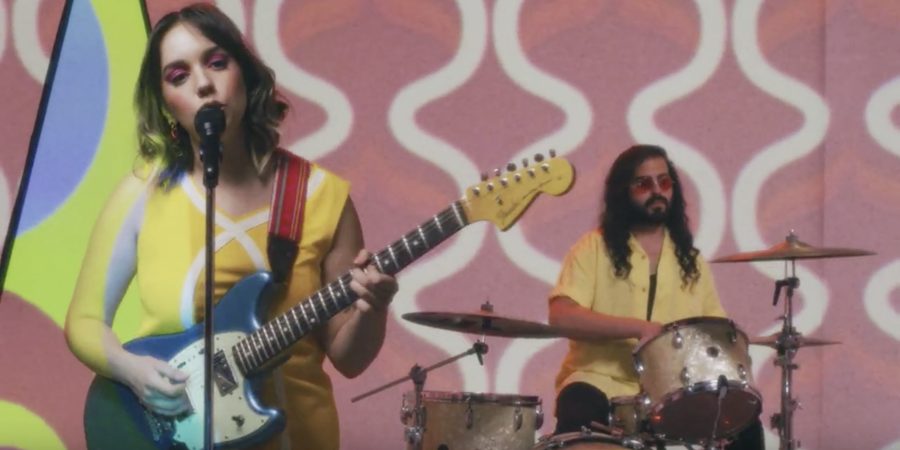 Dropper, the band led by Brooklyn’s Andrea Scanniello, impressed us with the early singles from new album Don’t Talk To Me. Today the group has returned with another exemplary slice of retro-tinted indie rock. Dropper’s music tends to include shades of country, pop, garage rock, and psych, and the new “Ok Ok Ok” is certainly in that wheelhouse. It’s a breakup song with a swinging rhythm, shimmering wah-wah guitar, and a muscular vocal from Scanniello: “Being around you makes me want to die.”

Here’s Scanniello with a statement on the song:

I think most people have gone through at least one breakup or had a friendship end that pretty much wrecked them for a little while. “Ok Ok Ok” is about going to a party and being hyper-aware of that other person’s presence. It’s about trying to overcome discomfort but in the process overcompensating and being (maybe just a little) petty. It’s about that desire to prove to that other person, and to yourself, that you’re okay when maybe the truth is, you’re not.