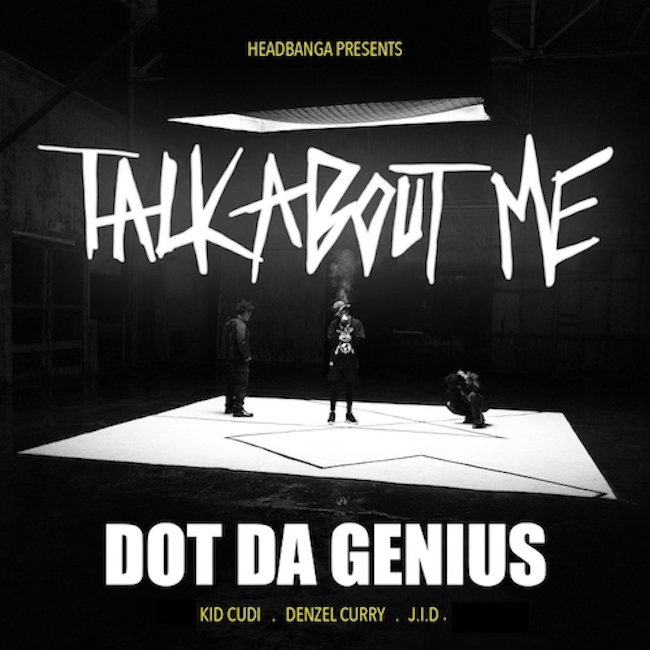 Producer Dot Da Genius has been working with Kid Cudi from the very beginning; he’s the guy who made the beat for Kudi’s breakout single “Day ‘N’ Nite” more than a decade ago. With his tracks for Cudi and for other artists like Lil Nas X, Travis Scott, and his ex-wife Jhené Aiko, Dot has built a real name for himself. On a new single, Dot steps into the lead-artist role, and he’s assembled a great cast of rappers.

Dot Da Genius doesn’t rap on the new single “Talk About Me”; he just supplies the hard, simple beat. That beat serves as a blank canvas for three extremely gifted rappers to go off. Denzel Curry, another past Dot collaborator, handles the hook and the first verse, while Kid Cudi and JID also jump on the track. All three of them have great verses, and it’s fun to hear Cudi just rapping again. “Talk About Me” is a fun song, and it’s got a slick and energetic video from kingmaking director Cole Bennett; check it out below.