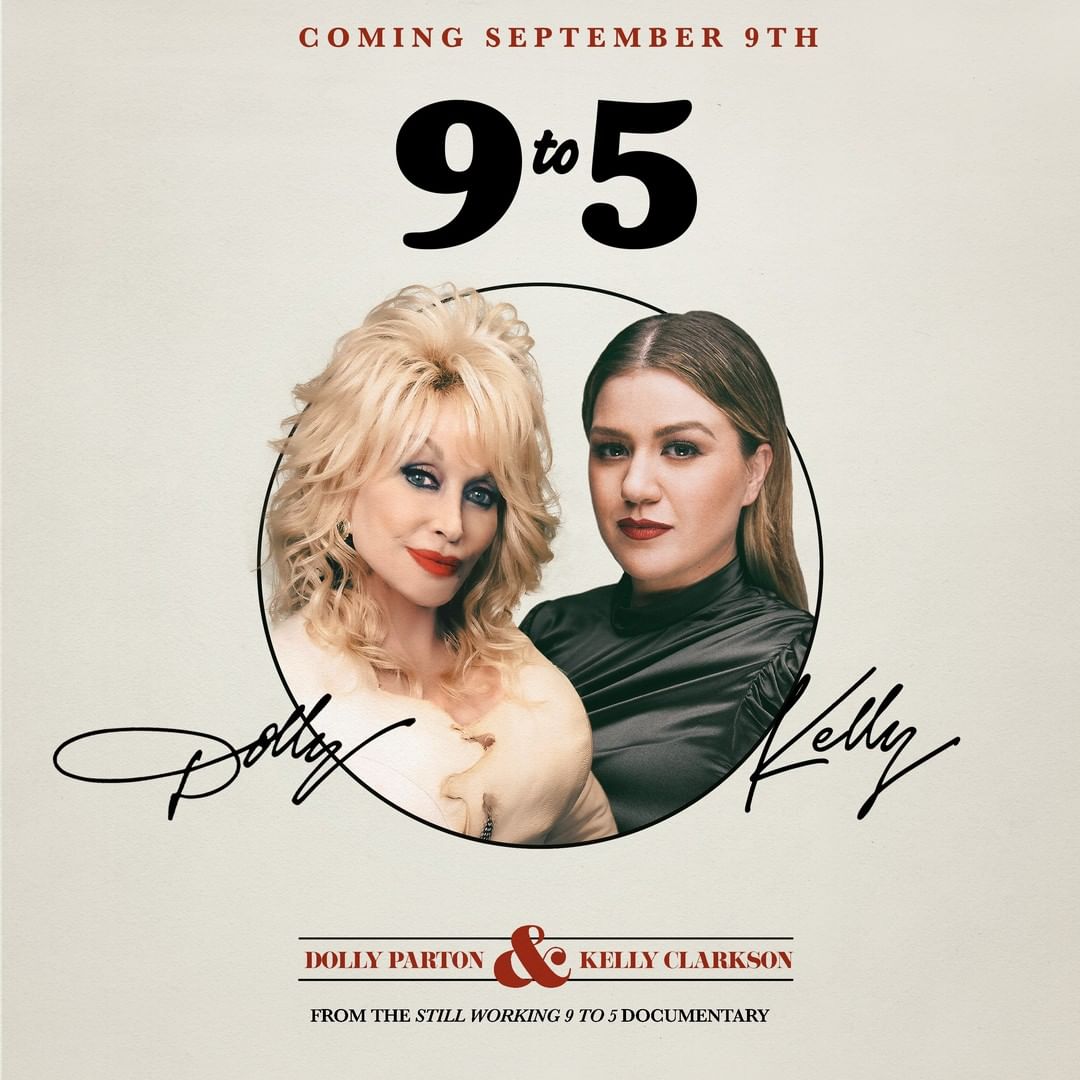 Kelly Clarkson announced yesterday via an interview with Variety that she has recorded a new album, her first in five years. In the same interview, Clarkson confirmed that she would release a new version of “9 To 5” with its original singer, Dolly Parton. The reimagined “9 To 5” was created especially for the new documentary Still Working 9 To 5, which will be released in select theaters on September 16.

The updated version of “9 To 5” is produced by Shane McAnally, Sasha Alex Sloan, and King Henry. “I was blown away when I heard what Shane had done with my song,” Parton recently told Rolling Stone. “This arrangement shows how differently a song can be done and the story can be told in a whole new way. And special thanks to [Dolly Parton Enterprises creative director] Steve Summers for getting the ball rolling on this musical venture.”

As for Clarkson, the singer and talk show host told Variety that her new album would be out next year. “This is an important album,” Clarkson said. “I’m working on this in therapy: I have a hard time vocalizing what I’m feeling sometimes, so music is helpful for me. It’s just been really healing. I recorded the record quite some time ago.”

Clarkson also recently shared an emotional Instagram post reflecting on the 20th anniversary since her becoming the first singer to win American Idol:

20 years ago today I won American Idol and it forever changed the course of my life. That moment was the door that opened up so much access and opportunity, and creative partnerships that I will be grateful for all of my days.

The family and friendships I have created over these 20 years in music and tv are priceless to me,” she continued. “We only get so many trips around the sun and while I am proud and feel abundantly blessed of the successes and failures that I have learned from, I am most proud and grateful for those friends that have become family, and for their arms that have held me when I needed it and their hearts that listened to me when I felt lost. Without them I would not be where I am. I would probably not be here at all.

Listen to Parton and Clarkson’s “9 To 5” below.