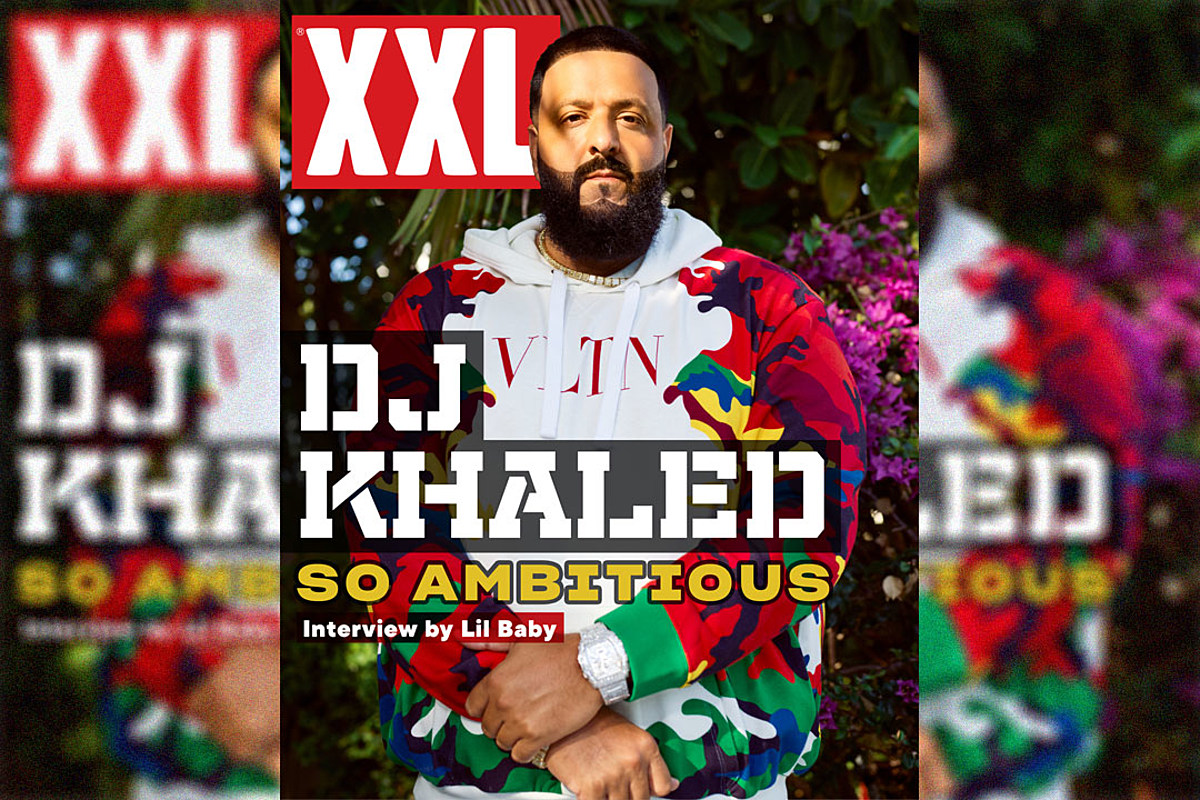 It’s another one. Last week (April 30), DJ Khaled dropped Khaled Khaled, his star-studded album full of 14 bangers. To commemorate his 12th studio LP, the catchphrase king covers a digital edition of XXL magazine, photographed by Ahmed Klink at Khaled’s Miami estate. This marks the third time the famed DJ has secured an XXL cover: the first in 2017 with his son, Asahd, a digital cover in 2019 and now this one.

Everything Khaled does is on an extravagant level, from the collaborations he locks in for his albums to the rollouts leading up to release day, which means his cover story interview had to match that same energy. On Sat., May 1, XXL chopped it up with arguably the world’s most famous DJ at his mansion in Miami, but instead of a traditional interview, rap superstar Lil Baby, who appears on Khaled Khaled three times, speaks to the album’s creator.

Here, the two discuss how DJ Khaled decides which artists to put on his albums, what records they go on, getting rap royalty like Jay-Z and Nas on a track together, his recording process and much more.

Lil Baby kicks things off by asking Khaled how he makes his records.

“I mean, the way I make my records, you know, I start off with the production, the music, the beat. It’s me and my team crafting it up or sometimes it come from somebody I love like Tay Keith or something, you nah I’m sayin’?” Khaled tells Baby. “What I do with that, I make sure the music is right. The beat gotta be right. It gotta speak to me in different levels and different languages and different vibes. And then from there, some records, I like to come up with just some ideas just to spark other ideas up.

“Like, if I say, ‘Yo, Baby, I wanna talk about,’ you nah mean, ‘We made it,’ ‘We did it,’ ‘Winnin’’ or blah, blah, blah, at least you know the direction I want to go in. Once I get the idea, then I sit with the artist like yourself. You work with me several times. You know, when you walk in the studio, I know Lil Baby coming in my studio, I’m gonna be fuckin’ ready, you nah I’m sayin’? I’ma be ready, meaning as in like when he walk in here, I gotta play him some magic.”

On Khaled Khaled, there’s a song for everyone. Younger rap fans will favor tracks like “Every Chance I Get” featuring Lil Baby and Lil Durk, “I Did It” featuring Post Malone, Megan Thee Stallion, Lil Baby and DaBaby, “Big Paper” featuring Cardi B spitting braggadocios bars, and of course, you can’t forget two of 2020’s summer anthems: “Pop Star” and “Greece,” both featuring Drake. But, there’s also music for O.G. rap enthusiasts with songs like “Thankful” featuring Lil Wayne and Jeremih along with “Sorry Not Sorry,” a track that brings together golden-era hip-hop G.O.A.T.s Jay-Z and Nas. These two rappers on a track together is a rare occasion, which hasn’t been heard since Nas’ 2006 track “Black Republican” and Hov’s 2007 song “Success.” Now, this major moment was created by none other than DJ Khaled, who did so to inspire the youth. “And I wanted to inspire the youth dem, you nah I mean, if you ever be beefing with somebody, man, if you could fix it, it’s always great, you nah I mean?” he shares.

DJ Khaled prides himself on not only making good music but creating legendary moments for rap fans to remember. And, that’s exactly what he accomplishes with his Khaled Khaled album.