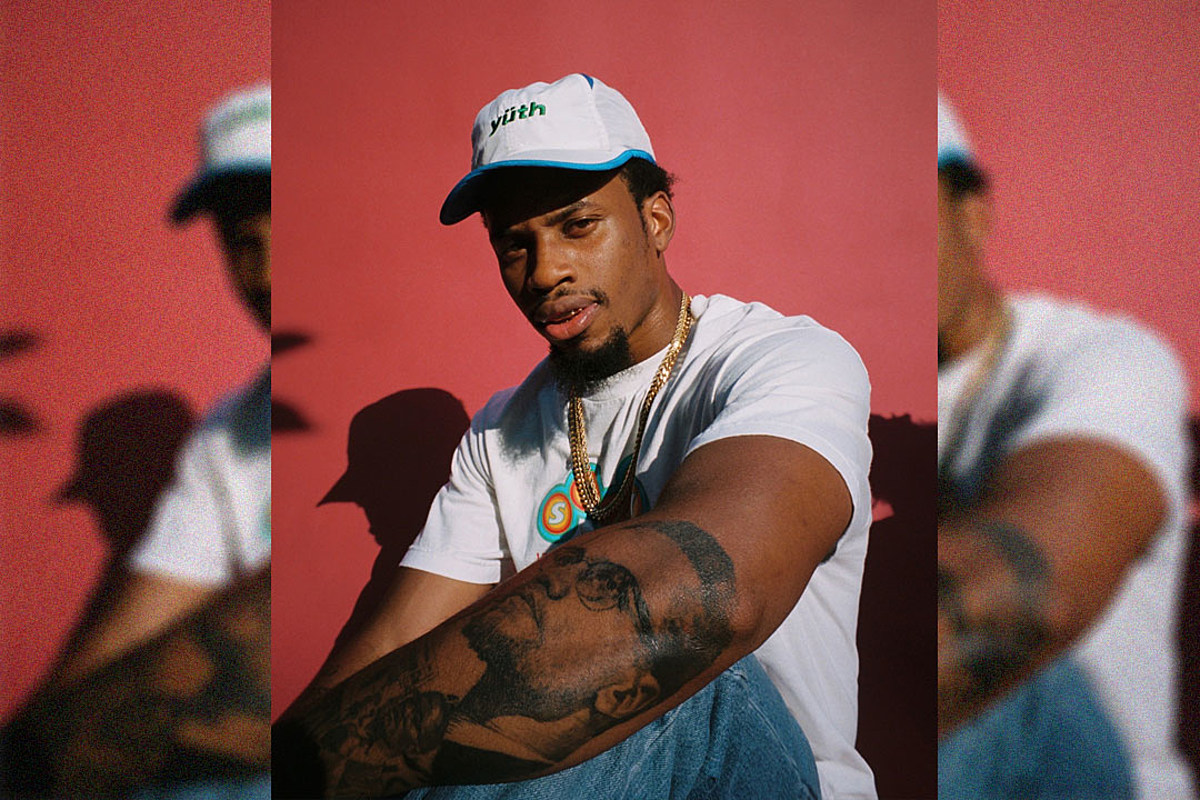 “Seen a lot of brothas fucked up, seen some friends die/’Cause you walked away from a fight don’t mean that you pie/I don’t got a problem with all these other new guys/Even find myself bumping ’bout just a few guys/ Doing all this industry shit, I start to realize/ We lookin’ up to junkies and shit, then mimic they lives/Niggas go and get some new tats, wear the same chains/Gucci, Prada, Fendi, you all wear the same thing/Niggas fucking on the same bitch that you call main/Now I gotta roast you slow, mane, like it was lo mein/If you say I came for your head, I guess I’m Rogaine/All of y’all like layover flights, y’all niggas too plain/You don’t need to brag or dress up when all your shit flame/Sabotaging other Black men, bruh, all that shit lame/I got love for Megan, but also got love for Noname/And I won’t stop speaking to y’all until I change”

“Seen a lot of brothers fucked up, seen some friends die/’Cause you walked away from a fight don’t mean that you pie.” When did you personally learn there was nothing wrong with walking away from fights, and why do you think people still struggle with that now?

Here’s why there’s nothing wrong with it. You don’t have nothing to prove to anybody. Peo- ple say you’re not a man because you don’t do something that they particularly do, and it’s OK to walk away from that. Don’t let your ego or your pride get in the way of something bigger. The reason why most people falter, they get into fights because their ego is tested or their pride is hurt, so they get in a fight to show like, “Yeah, I’m a man.” But, you a man without getting into a fight or a shootout. As long as you know who you are.

“I don’t got a problem with all these other new guys/Even find myself bumping ’bout just a few guys.” Are you talking about the divide between the different styles of rap and how judgmental people are of new rappers these days?

I was one of those guys that was bashing new rappers, too, because they didn’t sound traditional. And then, I realized that hip-hop doesn’t really belong to anybody, it just keeps evolving. So, I accept it.

You also rap about artists being similar to each other and having similar styles, down to how they make music and their fashion and stuff like that.

Everybody gotta wear the Christian Dior, Gucci, all that shit. Everybody got the same shoes, same pants, same shirt, same chains. Y’all go to the same ladies that do y’all hair. Y’all do all the same shit. Do something else, nigga! The fuck!

“I got love for Megan, but also got love for Noname” is powerful. It speaks to a really weird thing where people try to dictate what women should rap about, and what is considered “real” rap from women, and what isn’t. Did you notice this?

When it came down to the bar itself, it was showing that I have respect for all women of hip-hop. Noname, I know her personally and she can rap. I fuck with everything that Noname is saying, when it comes down to her book club, and what we gotta do as a Black community. She really cares about her community, so, of course, I’ma fuck with her. I’ma fuck with Megan ’cause she’s a bad bitch. And she could rap! They are really strong personalities, very conflicting, but they state the same message. They’re showing empowerment, not just the female power but Black female power. Black female energy.