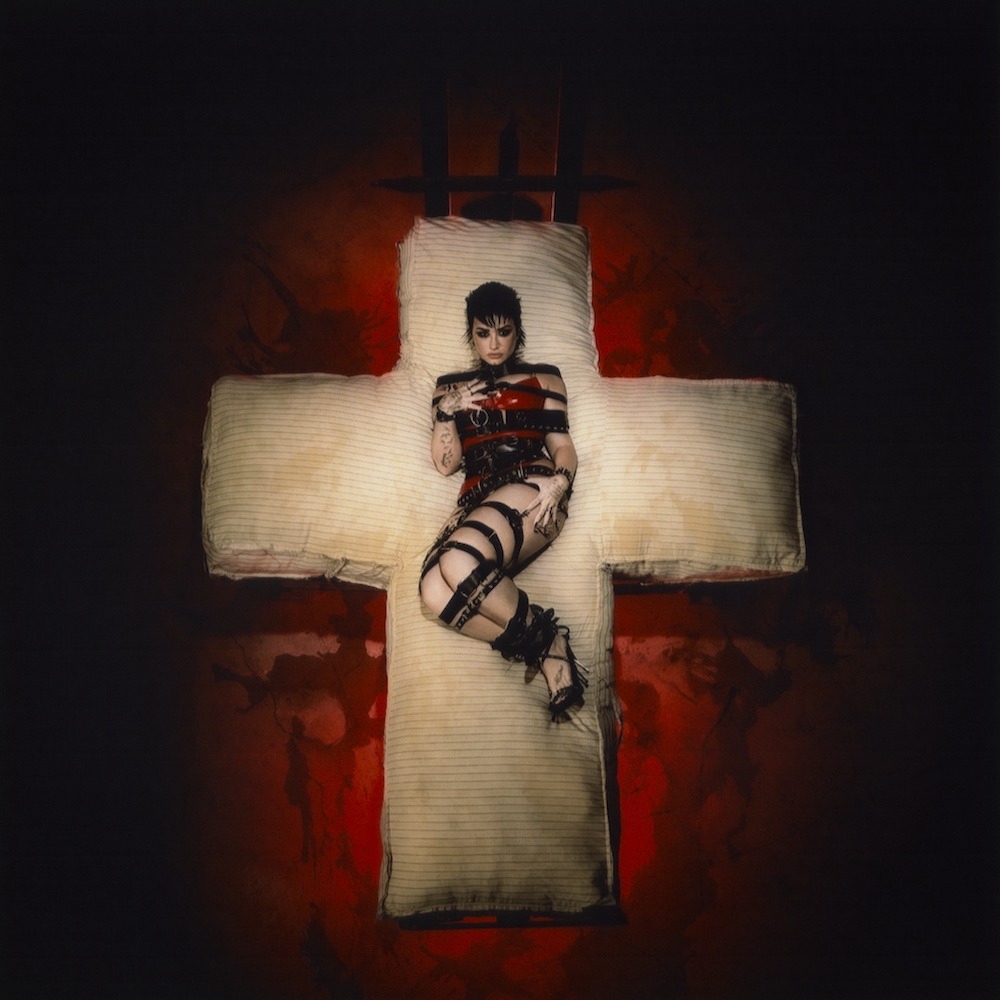 It’s been a tumultuous few years for Demi Lovato, the former Disney pop star and current Turnstile fan. Lovato battled heroin addiction and overdosed in 2018, later revealing that they had three strokes and a heart attack after that OD. Lovato appeared on this site last year, when she became a paid “ambassador” for a conspiracy-theory website. Earlier this year, Lovato staged a tongue-in-cheek “funeral” for their pop career and implied that they were going full-on punk rock. Today, we find out what that means.

Lovato has now announced the impending release of their new album HOLY FVCK, and they’ve also shared first single “Skin Of My Teeth,” which does indeed go for that bright, fired-up arena-level pop-punk sound. It’s a little goofy to say that Lovato isn’t making pop-punk anymore, since that exact take on the genre has become so huge in recent years. But “Skin Of My Teeth” is certainly a departure for Lovato. The song is all about addiction, with Lovato singing about barely surviving their overdose and identifying addiction as “a fucking disease.” Lovato still has a huge voice, and that voice pairs well with those sparkling, revved-up guitars, mostly without the fake edginess of so many of their pop-goes-punk peers.