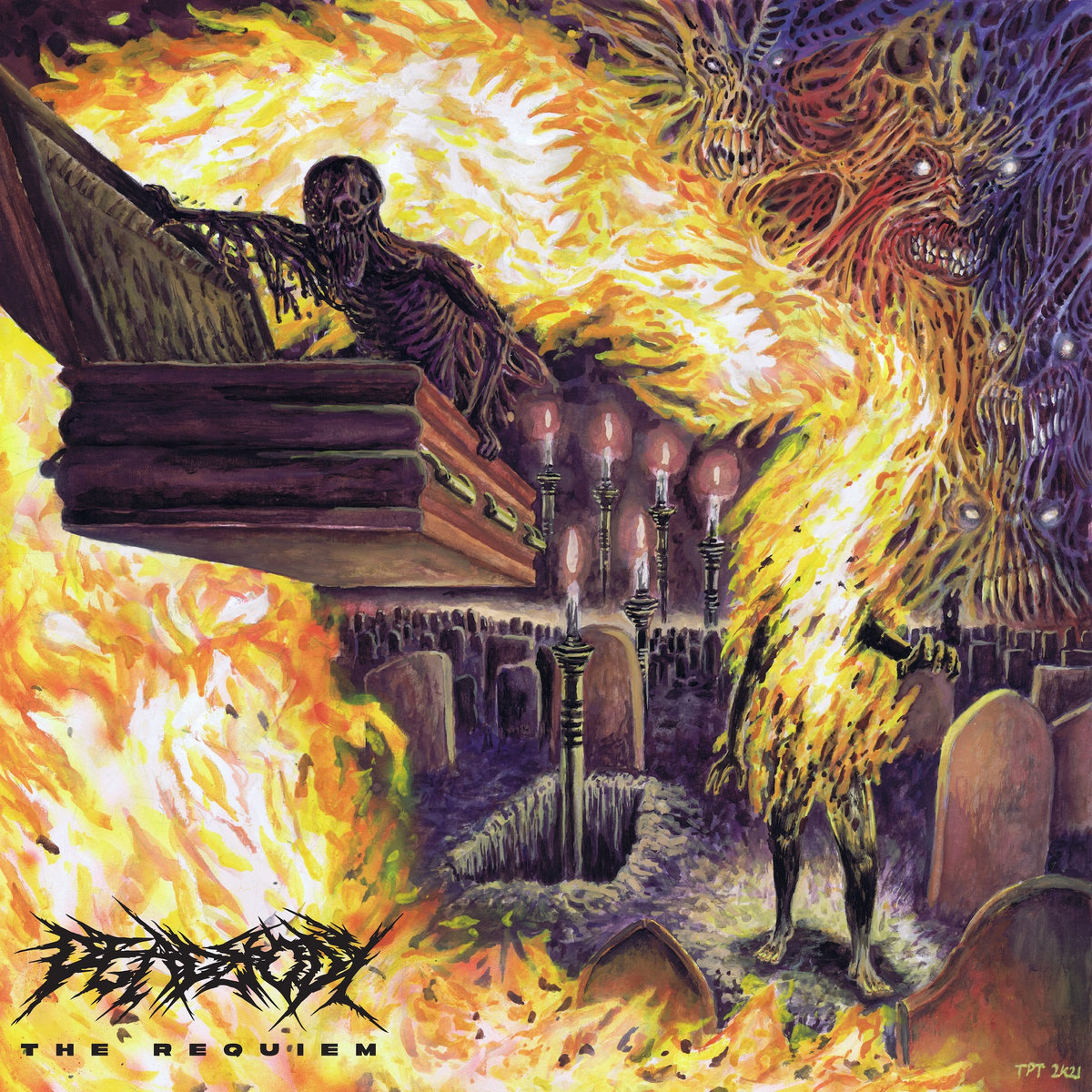 Both together and separately, Taylor and Colin Young, two brothers from the San Fernando Valley, have been responsible for some of the sickest heavy hardcore of the past decade-plus. The Young brothers have played together in a whole ton of bands, including Twitching Tongues, God’s Hate, and Eyes Of The Lord, and they’ve just started a new band. The new Young Brothers project is called Deadbody, and it sounds like heads exploding.

In Deadbody, Taylor Young sings and plays guitar, while Colin sings and plays bass. They’re joined by guitarist Miles McIntosh, from Apparition, and drummer Jorge Herrera, from ACxDC and Despise You. Deadbody’s debut album The Requiem is coming out in just two weeks, and its first two singles are nasty. Both “Without Honor” and the excellently titled “Joy Of Torture” walk the line between hardcore and death metal, and both of them destroy. “Joy Of Torture,” in particular, is amazing; it’s got this gothed-out melodic guitar-shredding passage in the middle that caught me completely by surprise.

The band came together in 2020, and Taylor Young, maybe the best heavy music producer currently working, recorded the LP at the Pit, his Van Nuys studio. Here’s how Taylor describes it:

The idea of the album is the death and mourning of not only an era, but the ego. Regardless of your output, status, goals, failures, or otherwise, the last thing you do is rot or burn. You can’t take any of it with you, so there’s no point in getting hung up on petty details. It sounds bleak, but it’s also meant to be freeing. Let go and move forward.

Below, listen to “Without Honor” and “Joy Of Torture” and check out the new album’s tracklist.

The Requiem is out 10/28 on Closed Casket Activities. I cannot wait to hear a song from these guys with the title “Horrors Of The Malformed.”