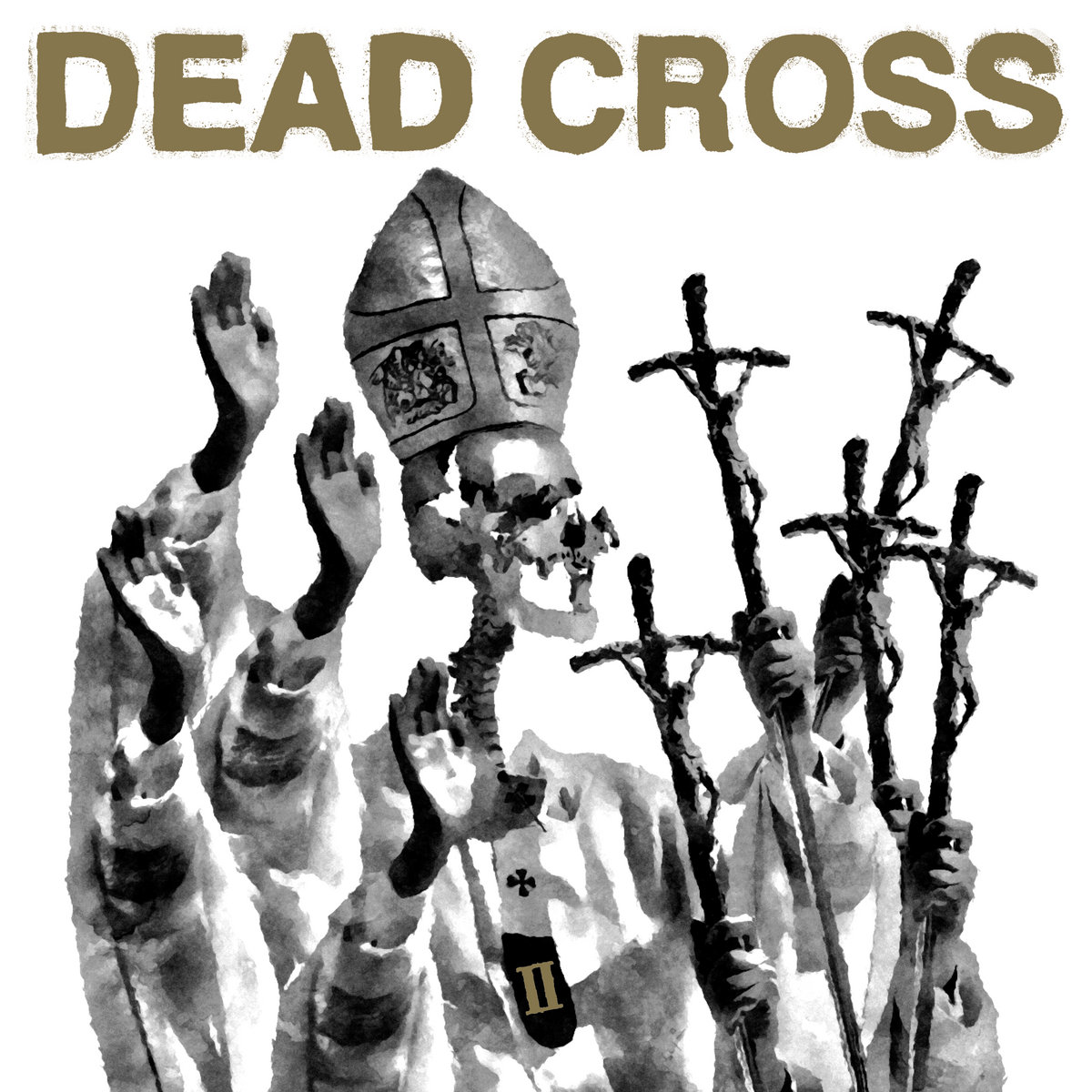 Dead Cross is a supergroup that makes frantic, unhinged hardcore. All the members of the band have a great deal of experience in punishing eardrums. The band’s singer is Mike Patton, from Faith No More and Mr. Bungle. In Dead Cross, Patton’s bandmates include former Slayer drummer Dave Lombardo, who also plays in Fantômas with Patton, as well as the Locust frontman Justin Pearson and Michael Crain, who plays in the band Retox with Pearson. Dead Cross released a self-titled surprise EP in 2018 and a cover of Black Flag’s “Rise Above” in 2020, and they haven’t put out anything since. Today, though, Dead Cross announce that they’ll follow their self-titled 2017 album with a new LP called II that’s set to come out this fall.

The new Dead Cross album comes after a period of serious upheaval for the band. Earlier this year, Dead Cross’ original singer Gabe Serbian, who also played in the Locust with Pearson, died at the age of 44. Shortly after Dead Cross got started on recording the new LP, guitarist Michael Crain was diagnosed with advanced cancer that has since gone into remission. In a statement, Crain said:

Words can’t even begin to describe how much this album means to me. It’s birthed of pain and uncertainty. The slow, excruciatingly painful, and nauseating recovery from cancer treatments were the catalyst for every riff and note on this album. However, my will to live and be with my brothers Justin, Dave, Mike, and co-producer Ross Robinson, got me out of bed and running into the studio every day to get it all on tape.

Mike Patton has recently been dealing with severe agoraphobia, which forced him to cancel planned tours with both Faith No More and Mr. Bungle last year. Talking to Rolling Stone, Patton says:

Something clicked, and I became completely isolated and almost antisocial [and] afraid of people… I got freaked out by being around people. And maybe that was because I spent two years basically indoors during Covid. I don’t know. Maybe it reinforced feelings that I already had… Somehow, my confidence was broken down. I didn’t want to be in front of people, which is weird because I spent half of my life doing that.

Patton says that the rest of Faith No More is upset with him and that it’s been “radio silence” between himself and the rest of the band: “We may reschedule stuff; we may not. I’ll just leave it at that.”

As for Dead Cross, the band has just shared the freaked-out, blisteringly fast new single “Reign Of Error.” Its animated video, directed by Displaced/Replaced, shows the Republican-appointed Supreme Court justices as horrifying monsters, and it also shows the members of Dead Cross giving birth to fetuses that look like those justices. Below, check out that video and the new album’s tracklist.