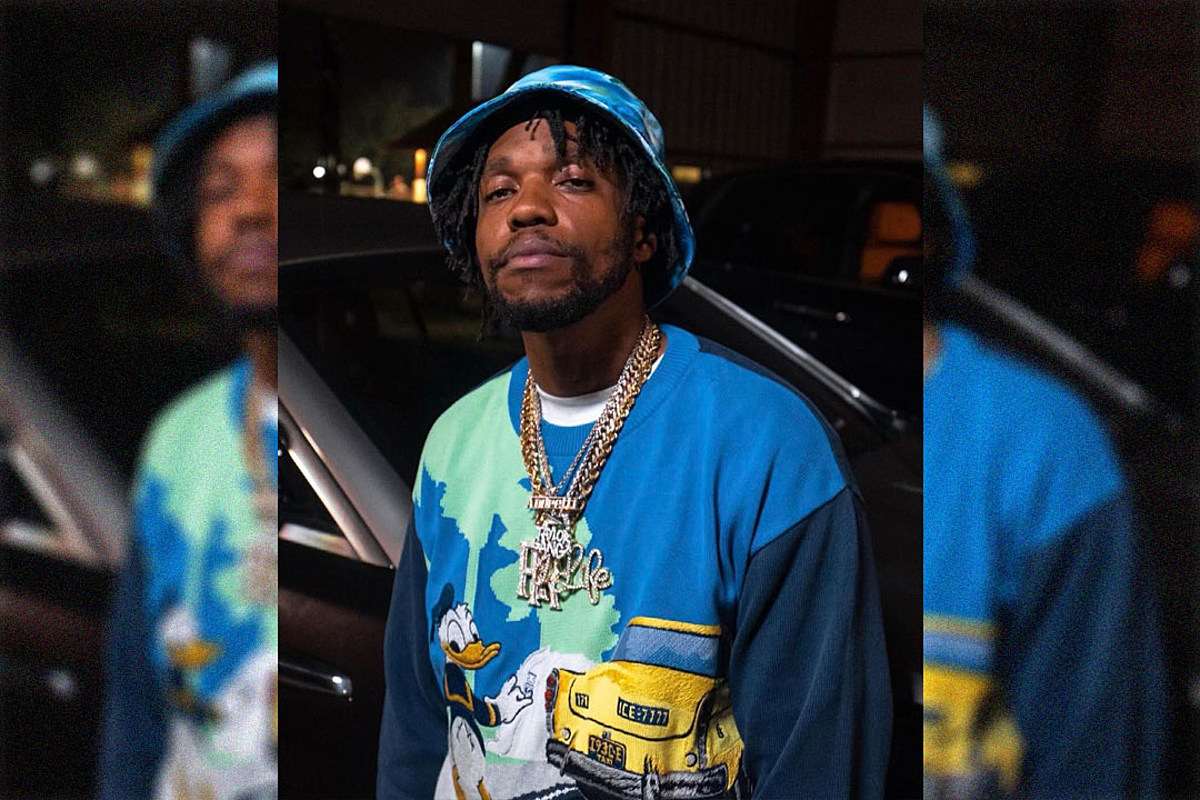 On Friday (April 16), the Jet Life Recordings founder chopped it up with XXL in an exclusive video interview about the seven-song EP of freshly made tracks, slated to go on sale today (April 20) on jetlifeapparel.com, powered by the technology of NFT development company Bondly Finance, at exactly 4:20pm EST. “I hope that Financial District ends up being an audio art experience through NFT where people hold it dear to them and it’ll be a conversation thing,” Curren$y explains.

Though he keeps his foot on the gas when it comes to dropping new music—he released six projects last year alone—the Louisiana-bred rapper decided to take the NFT route to provide something unique, rare and accessible to his day-one fans. For those who aren’t hip, NFTs are non-fungible tokens or digital files that include everything from art, memorabilia and music and can be bought with cryptocurrency or credit cards.

There have been minimal sneak peeks and snippets of Financial District that give people insight as to what they can expect in the cyber space, but the rapper assures that his fans won’t be steered wrong if they take the chance. “They’re trusting me, buying grenades from me, trusting that when they throw this muthafucka, it’s going to explode,” Curren$y says. “So that is a great responsibility for me to carry and I’m down for it.”

The sale goes on for three days and the winning bidder will receive a lot more than music. Also on the market is a 3D piece of art designed by Kid Eight, who has previously drawn things for Gucci Mane, Future, Yo Gotti plus more, an Atari Metaverse gaming console and travel accommodations to meet Curren$y at a future event.

For those who are looking to scale things down a little bit, people can also purchase smaller tiers of the NFT that feature less songs, a virtual smoke session, a Jet Life Recordings chain and more.

Spitta Andretti is the latest artist in the hip-hop bubble to capitalize off the NFT wave. Rap peers like A$AP Rocky, Soulja Boy, Post Malone and Azealia Banks have recently made headlines for following suit.

Outside of cooking up some new content for his supporters to eat off of, the 40-year-old rhymer was featured in the recent campaign for Jay-Z’s Monogram cannabis line last week. The campaign was brought to life by the legendary Hype Williams, who photographed Curren$y and others. During the photo op, the artist actually got the chance to test out Hov’s highly anticipated pack and gave XXL a mini review on it.

“What I saw on the jars, they were numbered,” he reveals. “And some of them had, I don’t know if it was attributes to it, but like some of them said ‘heavy’ and shit like that on it. So I know the one that said ‘heavy’ was heavy… I was combing the place for ‘heavies.’… As these pictures come out, just know that every joint that I was holding was chock-full of that one, was chock-full of ‘heavy.’”

Speaking of legends, the former Young Money signee spoke about his first studio session with Lil Wayne as well. While the two were puffing down Swishers in the mid-to-late 2000s, Curren$y didn’t expect the chronic to be so potent nor did he expect Weezy to request his bars during the session.

“It always was some shit,” he began. “I thought maybe we were just smoking and hanging out. And then the beats came on. I remember in my mind, it felt like I was in an empty auditorium and lights came on, and I was like, ‘What? I have to do something?’ I was so fucking stunned, I was like, ‘You’re about to put words together and then I have to put words together?’ It was fucking crazy… But you know, champions do what champions do and you find out about yourself because you’re not about to drop the ball…”

Well, being Johnny-on-the-spot paid off, as the Covert Coupe rhymer came to terms with who he was in the moment.

“So out of nowhere, I actually found out who the fuck I was,” he admits. “Like no, I actually love to be fucking blasted and try to think of something to say. That day is the day I met the super fye and owned it and became one with it.”

Watch Curren$y talk with XXL about his new EP, Financial District, NFTs, Jay-Z’s weed line, smoking with Lil Wayne for the first time and more below.