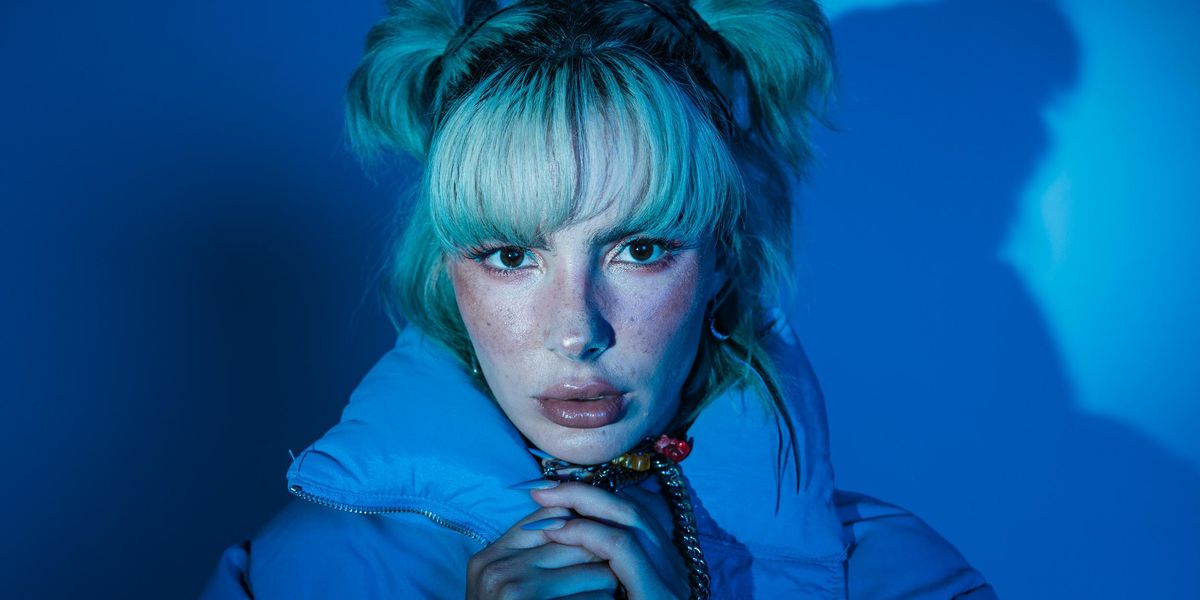 Courtney Paige Nelson has moved past her days as contestant on America's Next Top Model (cycle 23). For the past couple of years, she's crafted a world of soulful dance pop and moody visuals. Her versatile voice has also appeared on dance tracks by Georvity and Wolf Player.

We talked to Nelson about finding her sound and the making of her recent singles.

Is your latest, Bury It, about a real relationship? It’s pretty dark.
Well the whole concept is when you’re in a relationship with someone and it’s toxic, but you can’t leave. Over time, the toxicity of it makes you both start to rot from the inside out, making you both zombies and dead inside. The concept wasn’t meant to be dark as much as it is meant to be metaphorical. I’ve definitely been in relationships like this, but I didn’t write this about a specific one. More just relating to the feeling of what it means to be "stuck" and needing to "bury it."

After I listened to See You Go, your song with Moore Kismet, I told you how wild it sounds. What was it like making that track?
Thank you! The crazy thing is we connected from me sending him a DM in the thick of the pandemic. They sent me an instrumental to topline and the rest is history. It was pretty quiet for a good year after it was written, then two weeks or so before the album dropped, I got contacted letting me know it was going on the album as track number three. I am so grateful because I had assumed it wouldn’t get released since it had been about a year with no movement. I think everything happened perfectly. I developed a friendship with Moore, and it’s so beautiful to see how their career is rapidly taking off. I’m very proud of everyone who put the album together because it’s fucking fantastic.

You just released a music video for “Self Medicate,” a single from last year. It has more of a rock sound. Is that the direction you’re headed?
I don’t think that’s my direction personally, I just think it’s fun to try new things with sound. It’s still very pop, just has more of a rock element to it.

That song addresses social anxiety. Why did you decide to write a song about that?
It’s not just about social anxiety, it’s particularly about being in social settings in Los Angeles and feeling out of place. Feeling like you need to self medicate because you don’t enjoy the social setting here. Having a vice and needing to use it to cope with the anxiety of it all. So really it could be about social anxiety, substance abuse, anything that makes you need to "Self Medicate."

Do you work with the same producer, or do you work with several different people?
A fair amount of my music has been with the same person for my project (I am looking to work with other people). Writing for other artists, sync, EDM, it’s all different producers/writers which I love. I love working with new people and combining brains to make a song. I think music is so beautifully collaborative and I wish more people thought that way. Two brains are always better than one.

You’ve only been releasing music for a couple of years. Do you feel like you’ve arrived at the sound that you want?
Yeah, I only released my first original in January 2020. Right before the world came to a stop. In terms of "sound," I think I’m always going to be electro-pop and top 40. It’s just where I sit nicely. I want to continue to work with EDM artists and topline. That’s my favorite genre of music, which is why I have a very electronic sound to most of my music. Those elements make me feel at home. I think your sound can change, but for now, this is the pocket I want to be in.

What prompted you to concentrate on music?
I fell into music on accident. I dreamed of being a singer when I was six, but my home dynamic didn’t promote creative outlets, so I didn’t think it was possible for me. I would write short stories and poems as a child, so I’ve always been a writer. It wasn’t until I discovered I had a voice from one night of karaoke that led to meeting someone who made me promise I’d at least try music. I kept my promise, and found my life path, and I’m grateful every day for it. It’s the only thing that makes sense to me. I can’t explain it, but it feels like a calling.

Do you ever miss modeling?
I miss the creativity of it. Planning shoots, seeing an editorial come together. Under no circumstances do I miss the emotional toll of being told I’m not skinny enough, or attractive enough for whomever is casting. I will take happiness and a sandwich over that.

What’s your favorite place in LA to see live music?
I don’t have a specific place, it’s more events and artists that draw me to a venue to watch music.

What are you working on right now?
I have some collaborations coming, some remixes, and new material I’m releasing for my project which I’m really excited about!