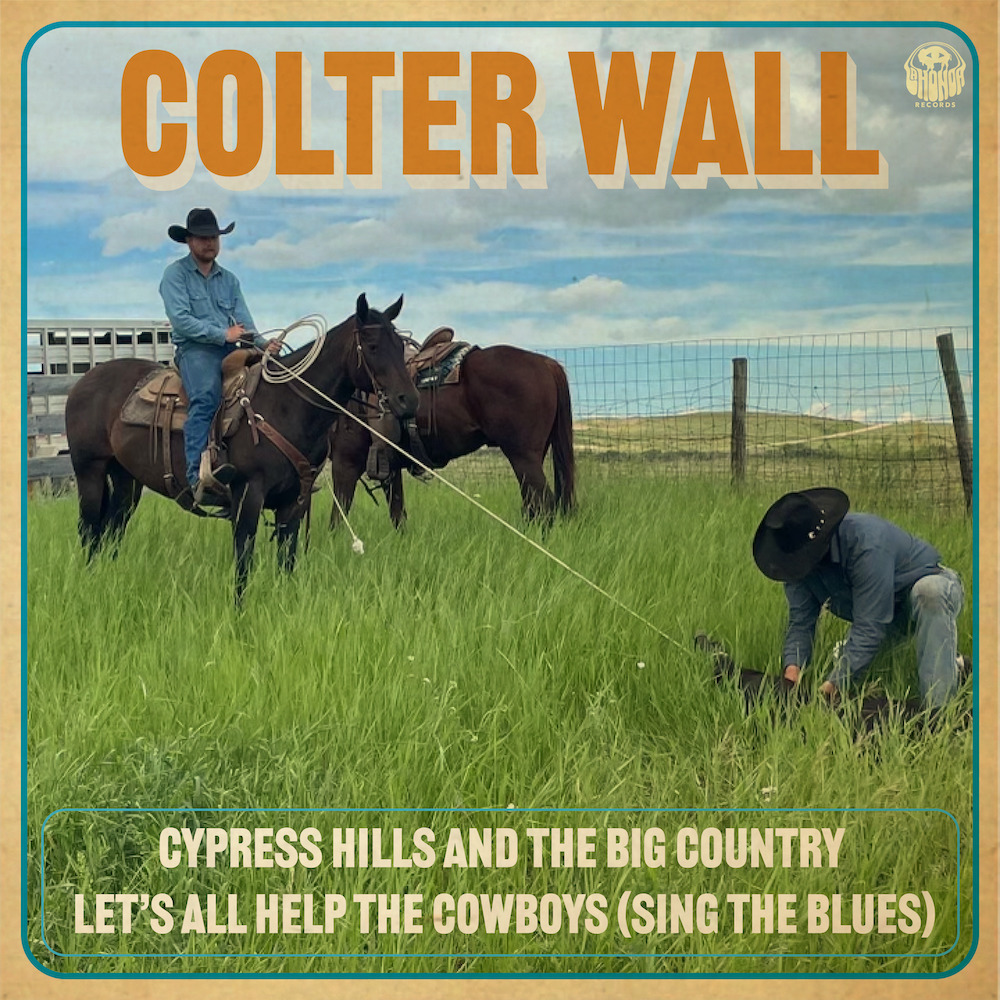 In country and Americana circles, the grizzled Saskatchewan-born singer and songwriter Colter Wall has developed a powerful mystique — partly because his music is great and partly because he spends most of his time working on his ranch — doing actual cowboy shit rather than just singing about it. Yesterday, though, Wall followed up his 2020 album Western Swings & Waltzes And Other Punchy Songs with a surprise two-song release that pairs one new song with one cover of a country classic.

The new song is “Cypress Hills And The Big Country,” but if someone told you that this was an ancient country-folk ramble, you could be convinced. Wall recorded “Cypress Hills And The Big Country” with multi-instrumentalist Patrick Lyons. It’s a warm acoustic song about working the land. Wall is 27 years old, but he sounds like he’s at least three times that age, both in his voice and his perspective.

Wall has paired his original with a cover of “Let’s All Help The Cowboys (Sing The Blues),” an old country song written by Cowboy Jack Clement. Waylon Jennings famously recorded that song for his Clement-produced 1975 album Dreaming My Dreams. Wall has the same kind of intense, lived-in baritone as Jennings, and his stripped-down rendition stands up pretty nicely to Waylon’s take. Listen to both of those Colter Wall songs below.

“Cypress Hills And The Big Country” b/w “Let’s All Help The Cowboys (Sing The Blues)” is out now on La Honda Records.