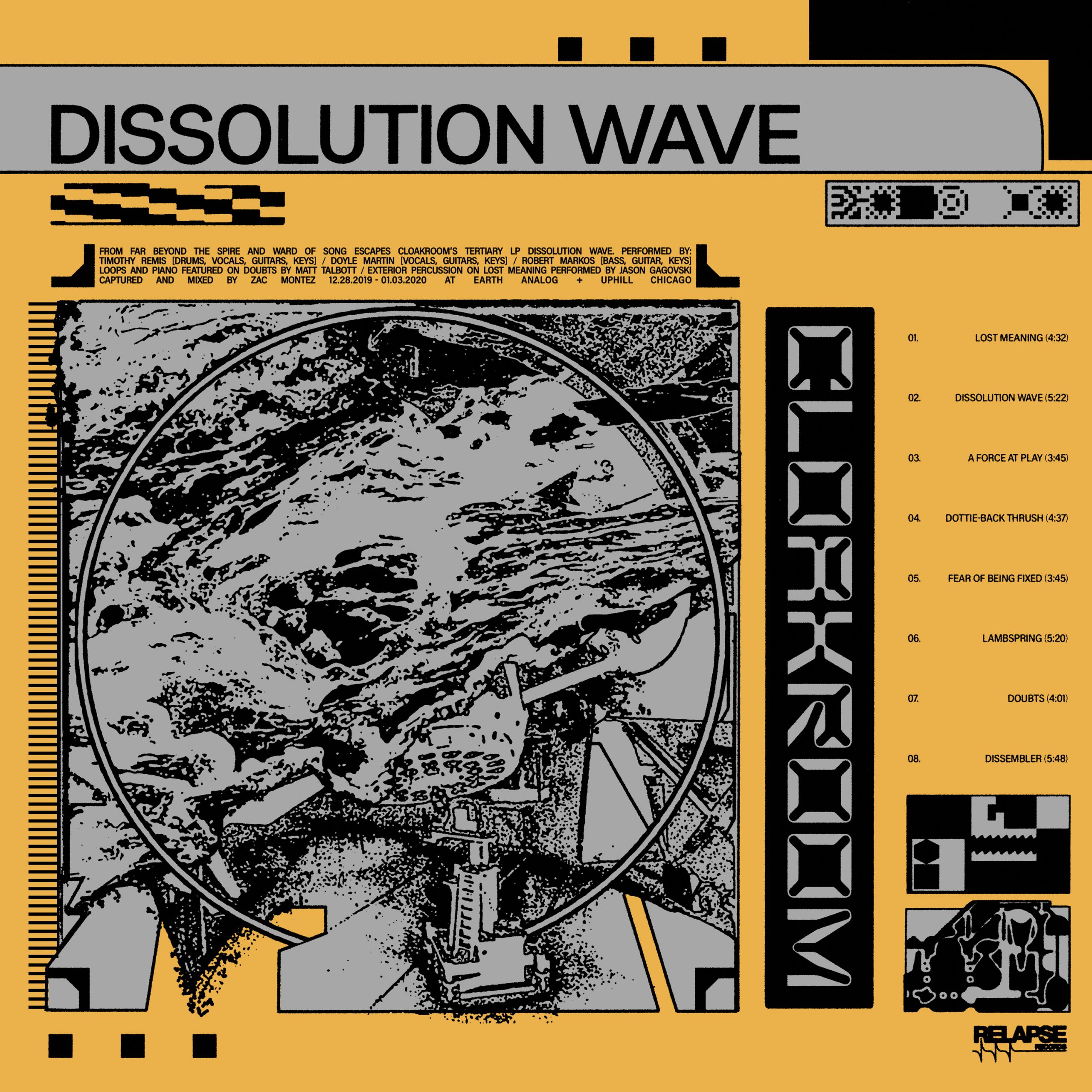 Cloakroom, key players in the heavy music to shoegaze pipeline, will return next year with their first album since 2017. It sounds like it’s quite the high-concept project. A press release describes Dissolution Wave as “a space western in which an act of theoretical physics — the dissolution wave — wipes out all of humanity’s existing art and abstract thought. In order to keep the world spinning on its axis, songsmiths must fill the ether with their compositions. Meanwhile, the Spire and Ward of Song act as a filter for human imagination: Only the best material can pass through the filter and keep the world turning.”

Yes, that sounds like the kind of album you make after naming your band Cloakroom. It’s not just geekery for geekery’s sake, though — not that there’s anything wrong with that. “We lost a couple of close friends over the course of writing this record,” singer-guitarist Doyle Martin said in a press release. “Dreaming up another world felt easier to digest than the real nitty-gritty we’re immersed in every day.” As a result, Cloakroom have become a space-rock band in more than one sense, even recruiting Hum’s Matt Talbott to add loops and piano to one track (“Doubts”). It’s also the first album since Tim Remis took over on drums in 2019.

Our first taste of the world of Dissolution Wave is lead single “A Force At Play,” written from the perspective of the album’s protagonist, “an asteroid miner who writes songs by night.” Martin elaborates, “The miner is talking about ‘bottling lightning beams,’ which is a new take on the old music industry term ‘lightning in a bottle,’ which can pertain to a fire ass track or a good bottle of homemade booze. As you can imagine, bottling lightning is a pretty hard thing to do.”

Watch the video for “A Force At Play,” directed by Cloakroom and Colorshift, below.

Dissolution Wave is out 1/28 on Relapse.