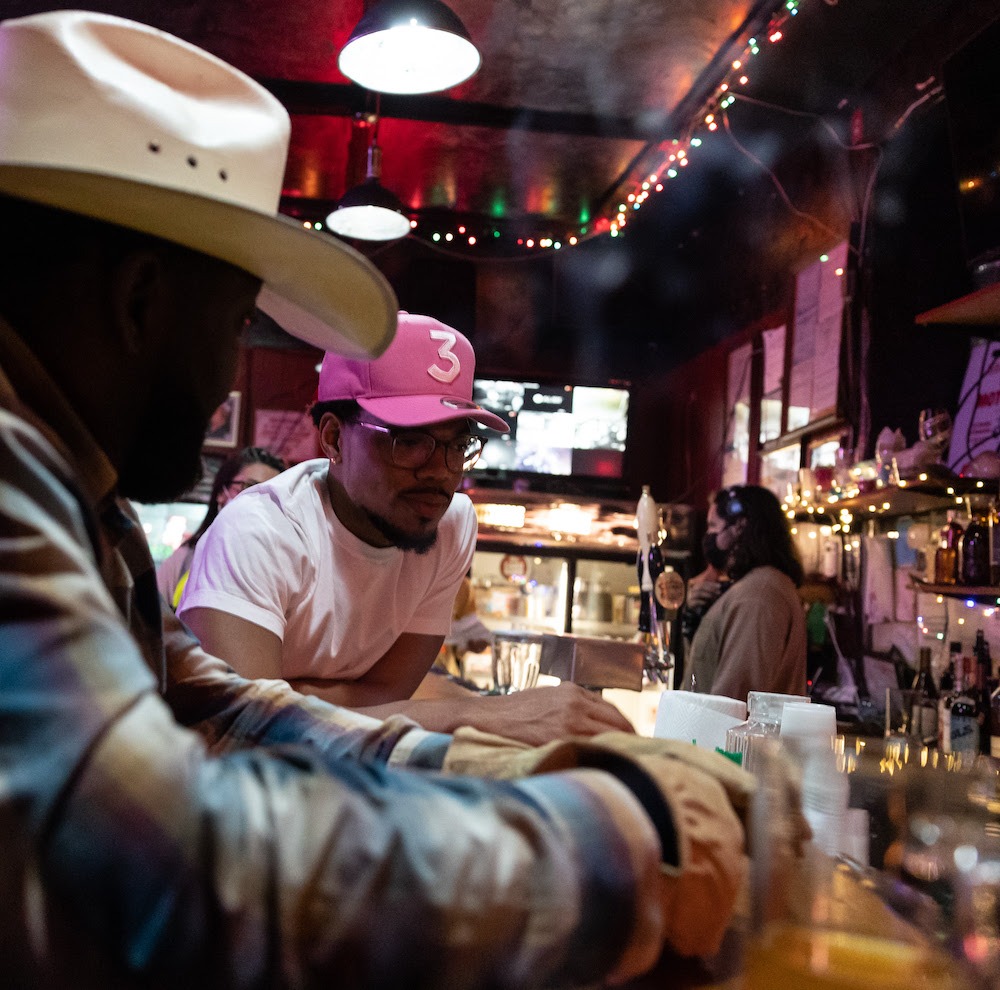 In March, Chance The Rapper returned with a new song called “Child Of God.” It was billed as a sort of “interdisciplinary” art piece, with a video featuring Chance alongside footage of Gabonese artist Naïla Opiangah painting the single’s cover art. Today, he’s back with another new song and a similar premise.

Chance’s latest is called “A Bar About A Bar.” It comes with a video featuring Chance, visited by Vic Mensa, before cutting away to a bar scene. It also features footage of Nikko Washington painting this single’s cover. According to a press release, Washington’s piece was inspired by “Abar, the First Black Superman’s unorthodox, Afro-futuristic, and surrealist depiction of racial inequality, racial integration, and classism in the suburbs of white America.” Washington’s piece was unveiled at the Art Institute Of Chicago on 5/25, and will remain on exhibit through this weekend.

Musically, “A Bar About A Bar” is a brief snapshot. As Chance puts it in the beginning: “I got a bar about a bar/ It’s not a joke, it’s just a bar.” He raps about a bar scene over rippling guitar, before the outro of the track shifts to an airier mood. Check it out below.