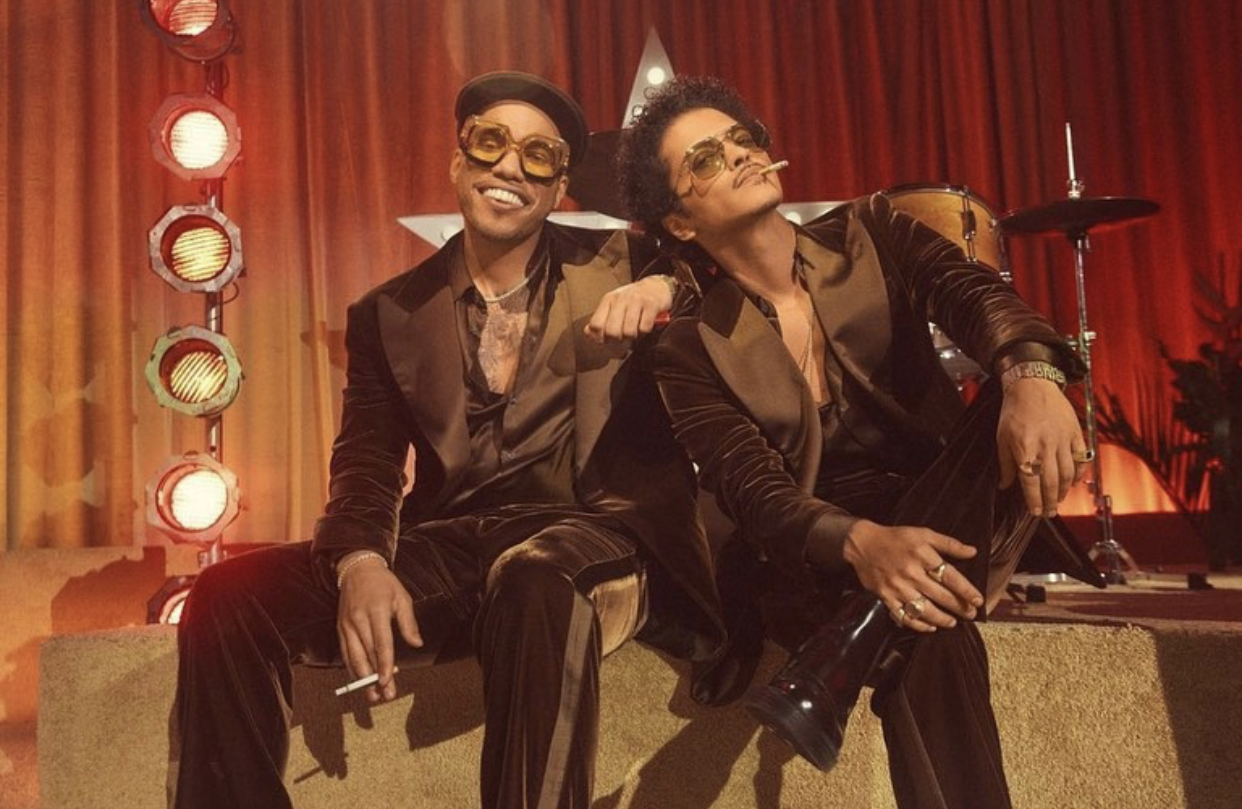 R&B duo, Silk Sonic (made up of Bruno Mars and Anderson .Paak) have shared a new single and video for “Smokin Out The Window.” The release comes ahead of their collaborative album, An Evening With Silk Sonic which will be out on November 12. In the performance music video, both artists deliver a stellar show on a retro-designed stage while singing about time and money wasted on love interests. They sing on the record, “You got me smokin’ out the window / Singing, how could she do this to me?” Their latest offering comes as a follow up to previously released promotional singles, “Skate” and “Leave the Door Open.”

The seeds of their collaborative project were planted in 2017 when Anderson .Paak and Bruno Mars toured together on the European leg of his 24K Magic World Tour. One late-night jam session on the road unlocked immediate chemistry. Just before the world slipped into quarantine, Bruno called Anderson: “Remember that idea we had back in 2017? Let’s do it.” One studio session grew into a months-long collaboration, culminating in the “setlist of doom.” Legendary Bootsy Collins christened Silk Sonic and came in as the “special guest host” for An Evening With Silk Sonic, their debut album.

Watch the music video for Silk Sonic’s ”Smokin’ Out the Window” below: