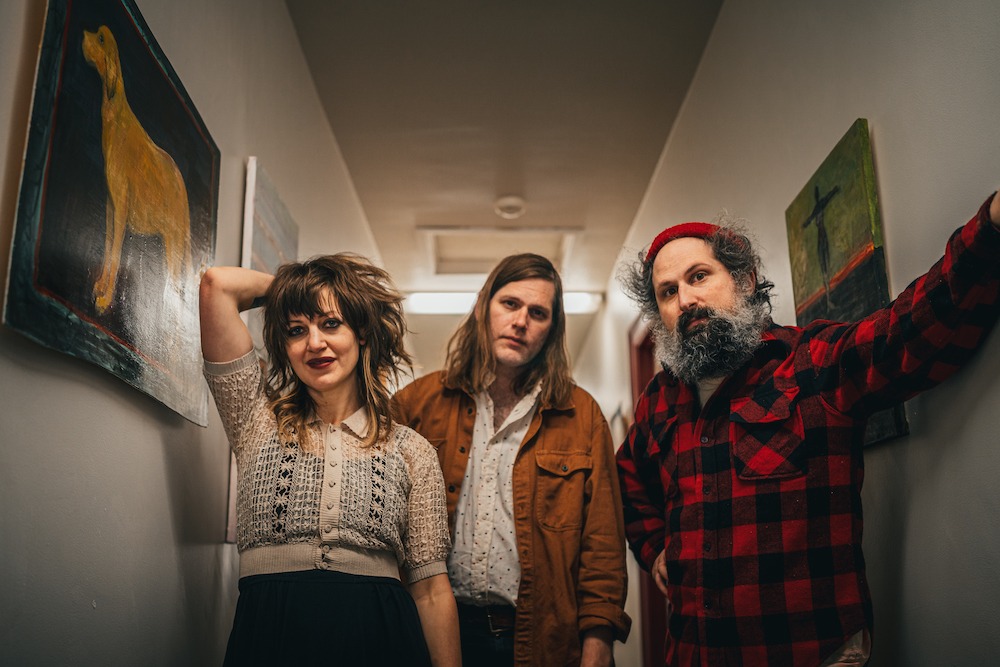 Bonny Light Horseman — the fruitful collaboration between Anaïs Mitchell, Josh Kaufman, and Eric D. Johnson — are releasing their sophomore album, Rolling Golden Holy, early next month. We’ve heard “California,” “Summer Dream,” and “Exile” from it so far, and today they’re back with another preview from the album, “Sweetbread.”

“We cut ‘Sweetbread’ late in the evening at Aaron Dessner’s Long Pond studio last summer,” Kaufman said in a statement. “Kinda like starting to watch a movie too late, everyone was getting a little sleepy-eyed.” He continued:

Anaïs went off to bed with her then-one-year-old while some of us kept jamming on the main riff for a while, unsure of what we were moving towards. It got really, really late and the tune we started playing had abstracted itself to an unrecognizable shape as we stretched and improvised through the form.

The next morning listening back I thought this is SO groovy and different than anything we’d made up to that point, but very much still sounded like us. We were giddy to play it for Anaïs and have her take a pass singing over it. She sang the verses down over the improvised jam and it really felt magical to us. It’s very rare for this band to use a song without a live vocal, however it became the path forward for ‘Sweetbread.’ It’s a funny thing, texturally and energetically, quite a leap from the ethereal/oceany tones and vibes that tend to typify our sound, and on the other hand, since it’s drawing shape and inspiration from older folk songs like ‘Jack Of Diamonds’ and ‘Rye Whiskey,’ it’s very much in the wheelhouse of songs from our first LP… kinda like a sister song to Green Rocky Road or something. It’s adventure music and it’s elastic and it pays no mind as it jumps out of the speakers.