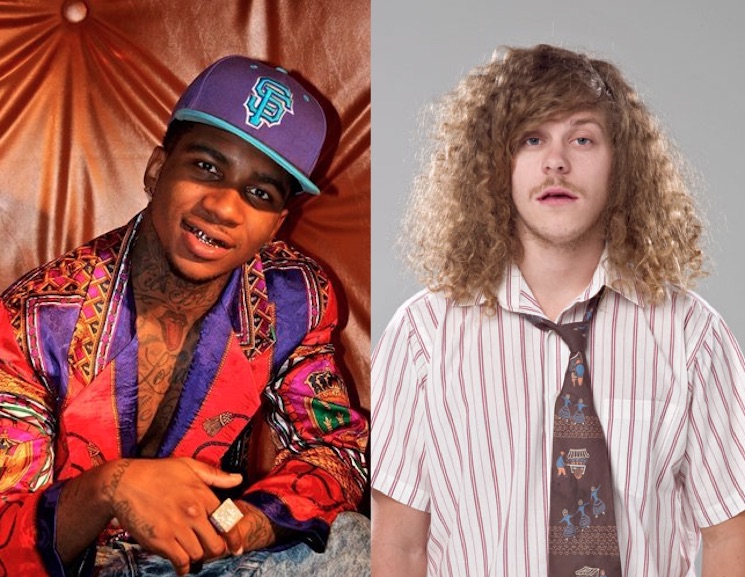 From his work on Workaholics through his streetwear brand Bored Teenager, comedian Blake Anderson has remained a torchbearer for underground culture. Whether he’s sharing stoner cartoons or shouting out punk bands, he’s always paying respects to various subcultures. Like anyone who has spent a decent chunk time online, he’s also got a serious affinity for Lil B the Based God.

Speaking with Exclaim! about his forthcoming Netflix film Game Over, Man, the Bay Area-born  Anderson explained how the Based God has informed his comedic career.

“I just think I’ve always responded to the fact that it seemed to come from an authentic place with Lil B,” he says. “A non-judgemental place, and positivity, and just being the best you can be. And putting out that unfiltered product, where you really just bare your soul — whether it’s your hip-hop soul or your comedic soul. I’ve just always identified with letting your true self show, I suppose.”

In fact, Anderson says he’s tried to collaborate with Lil B numerous times in the past.

“I met with him a few times because I have a clothing brand called Bored Teenager,” he recalls. “There was a while there where we were trying to set up a collaboration, but you know Lil B is pretty particular about releasing merchandise. I don’t think he actually ever has.

“We pitched some ideas back and forth, but he just kind marches to his own drummer and I think he just ended up really wanting to make women’s shoes or something. I was like, as much as I support that, I don’t really have an outlet for it. But yeah man, I’m always down for the cause. It’s always going to be ‘protect Lil B at all costs’ for me. So I’ll help out any way he’ll let me.”

Perhaps a better idea would be for Lil B and Anderson to team up on a film project.

“Dude, that’s what I’m saying,” Anderson adds. “I have a feeling Lil B is just an untapped comedic talent. No doubt about it.”

Though it doesn’t feature Lil B, the cameo-filled Game Over, Man hits Netflix on Friday (March 23). Stay tuned for our full interview with Anderson and his co-stars Adam Devine and Anders Holm.