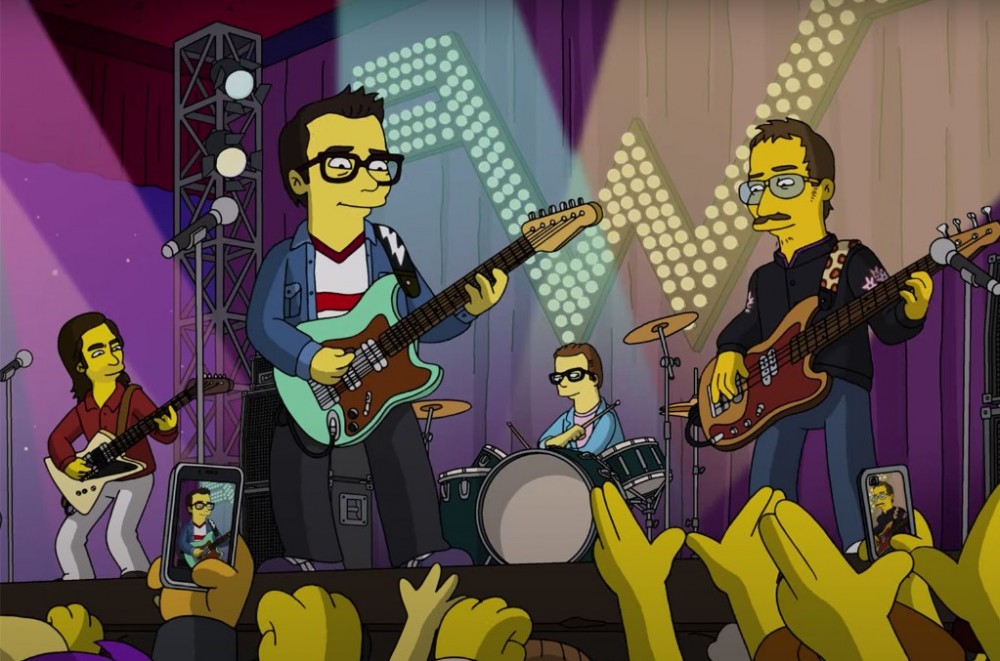 Weezer‘s upcoming gig is pretty major: The alternative rockers will take over the cartoon stage on The Simpsons this Sunday (May 10) to perform a brand new single, “Blue Dream.”

The episode, titled “The Hateful Eight Year-Olds,” follows Homer and Marge on a romantic cruise with a cover band called Sailor’s Delight entertaining the passengers at night. Except Weezer fans will instantly recognize the voices behind Sailor’s Delight and the songs it’s performing, particularly from Weezer’s 2019 LP The Black Album and Pacific Daydream from 2017. But one song won’t sound familiar at all: Weezer plans on debuting “Blue Dream” worldwide on the episode ahead of their album Van Weezer, which has been pushed back indefinitely.

“Hi, we’re the band Weezer, you kids might recognize us and our music (old and new) on Sunday’s episode of @TheSimpsons so tune in 8/7c on @AnimationOnFOX,” the band wrote on Twitter today (May 7).

Watch a teaser clip of Weezer’s Simpson cameo below, and stay tuned for the episode this Sunday, May 10 at 9 p.m. ET.

Hi, we're the band Weezer, you kids might recognize us and our music (old and new) on Sunday's episode of @TheSimpsons so tune in 8/7c on @AnimationOnFOX. pic.twitter.com/nuLy8wyjyE