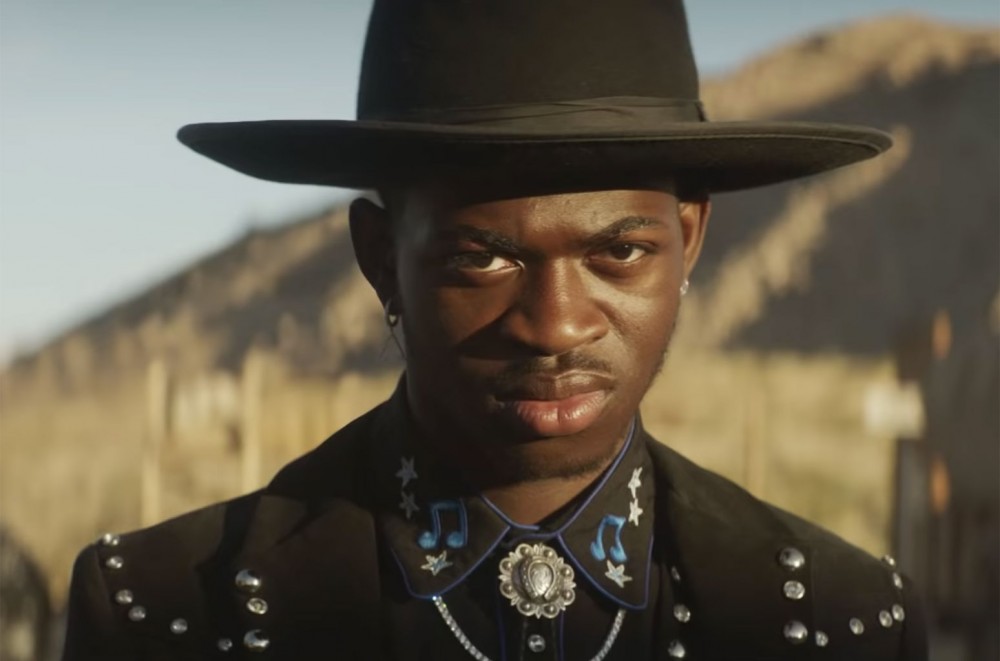 He may be 55 years older than Lil Nas, but Sam’s got some moves.

You knew Lil Nas X was going to show up in a Super Bowl LIV commerical somehow. After the Grammy-winning rapper's signature tune "Old Town Road" was recited by 75-year-old acting icon Sam Elliott in a teaser commercial for a Doritos ad slated to air during Sunday's (Feb. 2) big game, the full spot dropped on Friday (Jan. 31) and it's everything you want, and more.

The showdown at Cool Ranch (you get it) finds the man in all-black leather, Lil Nas, riding into town on a black horse and tipping his hat to none other than "Old Town" pardner BIlly Ray Cyrus, as the theme from The Good, The Bad and The Ugly plays in the background.

Before you know it, the 20-year-old MC with no name is facing off with 75-year-old gunslinger Elliott, with each man determined to win the ultimate prize: a bag of Cool Ranch Doritos.

As "Old Town" kicks in, Lil Nas busts out some body rocking moves only to have a smirking Elliott mimic them using just his undulating mustache. The rapper knows just want to do, hitting the Star is Born actor with a woah and the splits, with Elliott punching back with a mosey and a butt slap. It goes back and forth just like that until Nas claims the prize and saddles up. "Who got next?" he asks with a tip of his cowboy hat. "I ain't dancin'," Billy Ray says plucking his guitar.

Watch the full ad below.