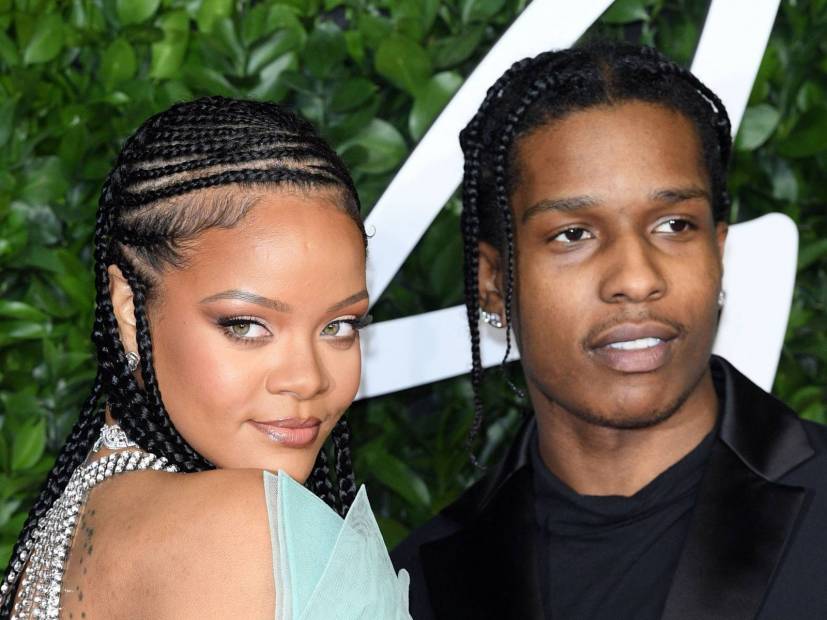 Twitter – A new report from The Sun has caused a firestorm on Twitter. According to the U.K. publication, Rihanna and A$AP Rocky are dating only days after the Barbadian singer called it quits with her billionaire boyfriend of three years, Hassan Jameel.

Rocky and Rihanna were spotted hanging out backstage at Yams Day 2020 in Brooklyn earlier this month.

A source supposedly confirmed, “They shared a hotel suite during that trip in New York. However, Rihanna is reluctant to put a label on it as it’s so soon after Hassan. They’re really enjoying each other’s company and taking things easy as it’s still early days.”

“It’s really casual between them and she’s not thinking about whether there’s a future with Rocky. She’s a newly-single girl having fun.”

Rumors of a romantic relationship between the two stretch back years. In 2013, Rocky and Rihanna were reportedly caught “offscreen” kissing while they were filming the music video for “Fashion Killa,” leading many to believe they were dating.

But Twitter evidently can’t handle the mere thought of this rumored power couple.

Rihanna babygirl I know you saw that sex tape of ASAP rocky like ain’t away you didn’t….. pic.twitter.com/yHjYgkMLz7

okay so apparently rihanna and asap rocky are dating ?? that would officially be too much to handle like ?? are you kidding me at least give us peasents a chance to ?? exist ?? pic.twitter.com/dyrSmA9ED0

Somebody better talk to Rihanna. How are you going to leave a fucking fine ass billionaire for ASAP rocky of all the people on the planet? What type of downgrade!?

Drake & Chris Brown when they hear that Rihanna is with ASAP Rocky pic.twitter.com/72hv3RtncF

Drake when he finds out ASAP Rocky is pipin Rihanna 😂 pic.twitter.com/9pVWtDMtuX

What if Rihanna and ASAP Rocky are actually dating pic.twitter.com/Rk9HFtWTyU

Okay so the rumour is that rihanna is dating asap rocky which mean the album will feature asap rocky #Rihanna #asaprocky pic.twitter.com/OyaxVueLyN