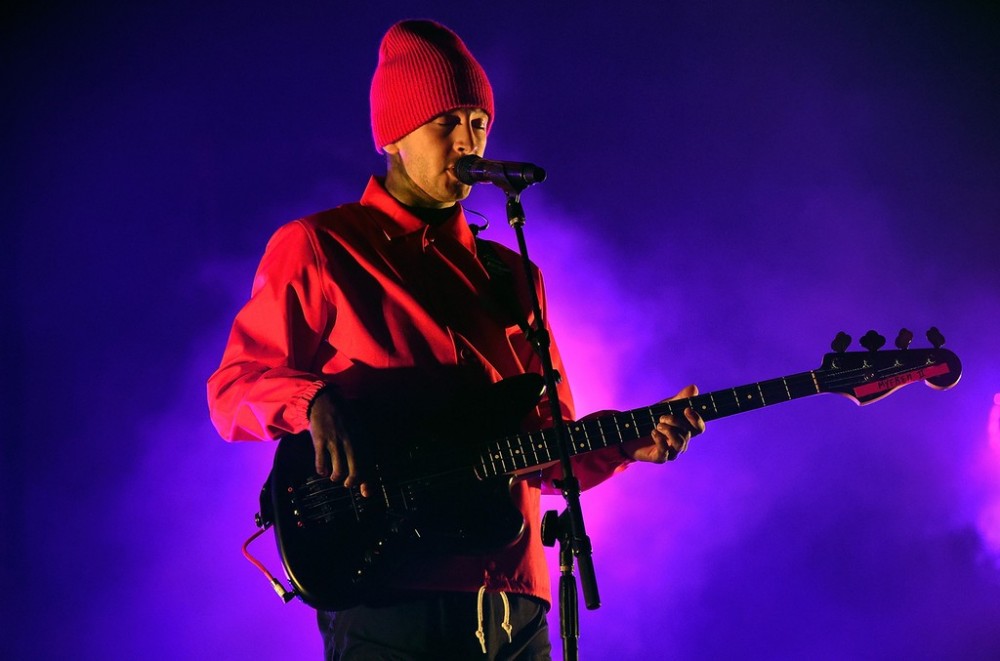 Tyler Joseph of Twenty One Pilots curated an “At Home With” playlist for Apple Music today (May 11) and dissected his picks with Zane Lowe while discussing what’s cued up next for him.

Before the Ohio-based duo hit No. 1 again on Billboard‘s Alternative Songs airplay chart (dated May 9) with “Level of Concern,” Joseph disclosed there was a do-or-die pressure to put it out. “We really tasked everyone, all of our partners and everyone that helped us release this with, ‘Hey this needs to come out right now or it’s not coming out,'” he told Lowe in the interview. “I can’t tell you how many emails I got just from the Atlantic office that were saying, ‘Thank you for this because this is a reason for us to get on a call and start working again and start strategizing.’ And it was really was a shock to their system in a good way, and I’m glad that it could act as that.”

He said the hasty yet successful do-it-yourself release of the “Level of Concern” single and accompanying visual wasn’t meant to be a “flex”: It served as a testament to Joseph and Josh Dun’s ability to write, record, produce, mix and master a song and shoot the video within a matter of days.

“And there was something about that release that I knew that I didn’t want to overthink it,” the Twenty One Pilots frontman said. “And for me, in my isolation, that’s where I write music and record and produce music anyway, there’s always that chance and opportunity to overthink, and because I knew that the lyrical content and just the style of the song in general was really a now-or-never type of thing, I let the simplicity of it and its pureness of the structure and of the instrumentation happen without overthinking it and just sent it.”

That momentum is certainly coming in handy as Joseph confirmed the two are already whipping up a new album in the studio. “I’m writing a record right now. I’m not sure when it’ll be released, but it’s definitely going to be really sooner than we were planning on releasing a record. I don’t know if it’s this in-between record or if it’s a continuation of the narrative and where we left off,” he explained. “It’s kind of hard for me to tap into the story of Trench and what we’ve been building on up until that point without being out there, without touring, without having those live shows, without interacting with our fans.”

Despite working best in isolation, something he’s expressed before coronavirus kept everyone isolated indoors, Joseph feeds off of his fans’ spirit to drive these stories home. In a Beats 1 interview with Lowe from two years ago, the 31-year-old musician described the conceptual world of Trench and its city Dema, which paints a grim picture of Twenty One Pilots’ common themes of insecurities, suicide and doubt. That’s not exactly fodder for the “acoustic bedroom” pop tunes flooding this extended period of isolation, hence the unknown release date.

“Man, as much as I appreciate everyone getting on their computer and playing acoustic bedroom versions of stuff, it’s old to me. I don’t want to just do that,” he said in the interview. “I want to talk to our fans through a record. That’s what I’m currently working on. Right before I got on the call, I was working on a new idea. I’m excited about it.”

Check out Joseph’s full Apple Music interview here and his “At Home With” playlist here.