Miami, FL – Police bodycam footage of Trick Daddy’s January 2019 arrest has surfaced. In the video, obtained by TMZ, the tenured rapper appears to have bloodshot eyes and slurred speech. The authorities ask if he’d been drinking and he concedes he had “three of four drinks” earlier that evening.

While searching the rental car, they discovered a rolled up dollar bill with a white powdery substance inside. As they continue pulling out dollar bills, the substance continues to fall.

After failing a field sobriety test, Trick attempts to use his celebrity to get out of the situation, but it apparently had the adverse effect. He was ultimately arrested on cocaine and DUI charges.

Upon his release, Trick was forced to defend his mug shot after those who didn’t realize he suffered from lupus tore his appearance apart online.

“Let me get this right…you like on me..make fun of the fact that I have lupus…and all this just for the likes,” he wrote on Instagram. “Thank god im strong. Everything is funny until it hits close to home..my feelings don’t hurt easily. I’m too worried about waking up tomorrow.”

The text across the post read, “A message from @trickdaddydollars. Before you laugh at his mugshot understand what he’s dealing with.” 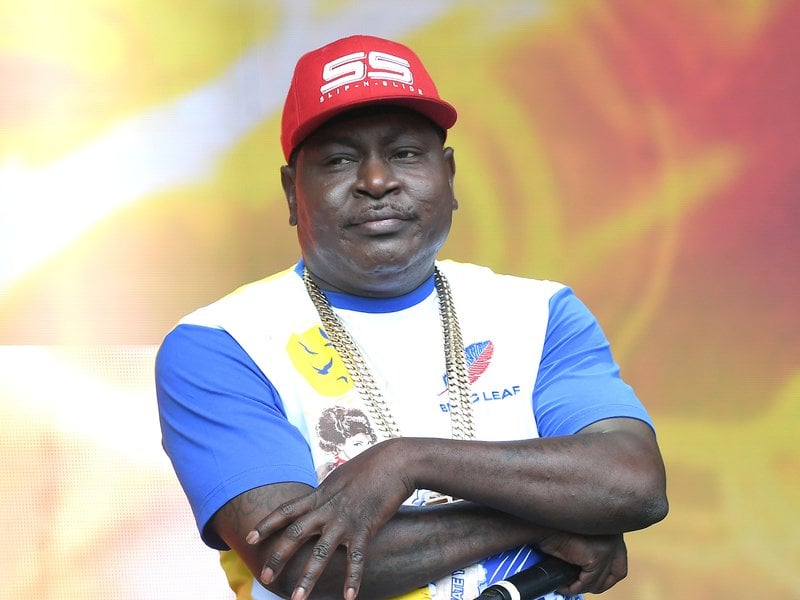 Trick Daddy Has A Message For His Mugshot Shamers

Trick was arrested on January 11 in Miami, Florida. According to the Miami Herald, an officer responded to a report of a driver of a dark colored Range Rover was hitting signs and running red lights around 3:20 a.m. local time.

He was transported to the Hammocks District Station where his bond was set at $5,000 for the cocaine and $1,000 for the DUI. He soon bonded out after being charged with possession of cocaine, possession of a firearm and ammunition by a convicted felon and driving with a suspended license.